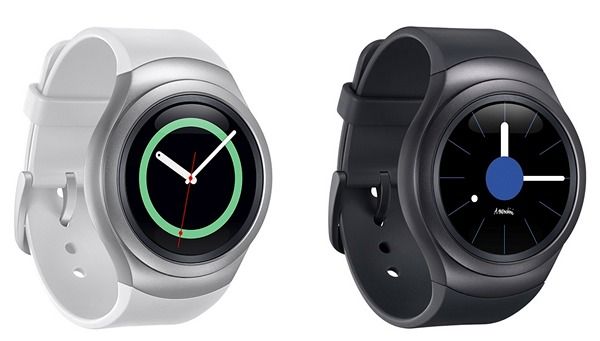 The smart watch is equipped with 1.2 “Super AMOLED display with a resolution of 360×360 and a density of 302 ppi. Responsible for the performance dual-core processor with 1 GHz and 512 GB of RAM and an internal storage capacity of 4 GB of data. On the right side Samsung Gear S2 are buttons “Home” and “Back”, a special mention deserves the rotating bezel. The device is available in dark gray and silver color options Corps. Besides the basic model will go on sale a version with an integrated SIM-card standard e-SIM to work in 3G-networks without a connection to the smartphone. 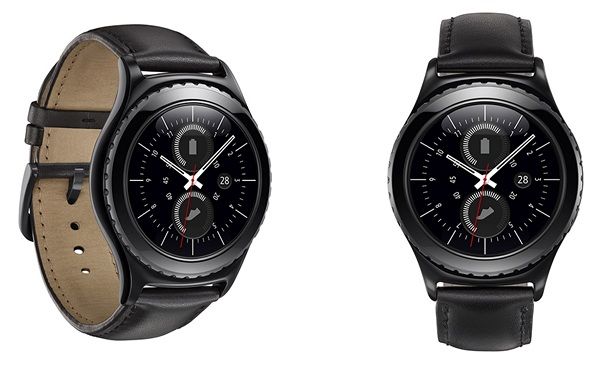 Watch Samsung Gear S2 Classic, as you might guess from the name, have a classic design. The gadget with a leather strap (apparently, the standard bracket) is available only in black. The manufacturer has not yet gives a list of compatible smartphones, but all previous portable device on Tizen platform only works with devices of the South Korean giant.

On the back side round smart watch is a heart rate monitor. Among the built-in sensors also noted an accelerometer, gyroscope, light sensor and barometer. A NFC-chip allows you to pay for purchases by PRESENT simple gadget to a compatible terminal. New products are able to monitor the physical activity of the user and can boast of having protection against dust and moisture according to the standard IP68. The battery capacity of 250 mAh is designed for two to three days of battery life. 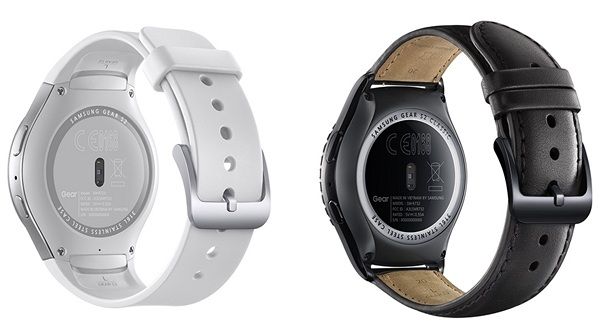 Package Samsung Gear S2 includes a docking station with wireless charging. Price and date of start of sales of new “smart” hours will be announced later.