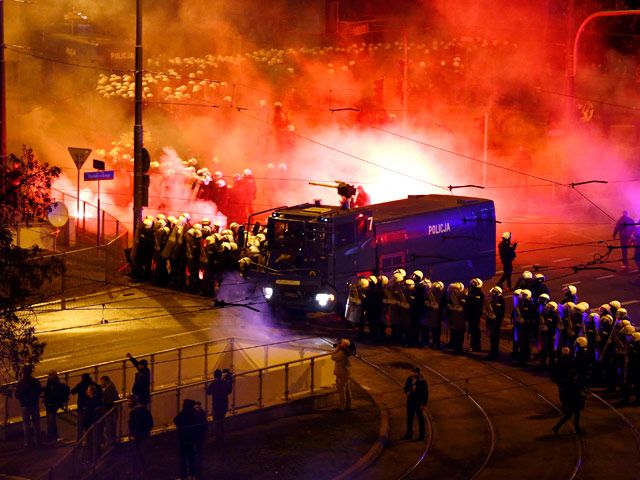 In Warsaw, the procession in honor of Independence Day November 11 escalated into riots and clashes with police. Aggressive young men with covered faces police started throwing stones, firecrackers and flares, they responded with water cannon. As a result of the clashes 75 people injured: 24 marchers and 51 law enforcement officer, said Rzechpospolita.

In addition, as reported by the commandant of Warsaw police Mariusz Mrozek, “in the clashes, which lasted about two hours, police stations were delivered to 276 people, 199 people were then arrested.” The police explained that the reason for the detention was an attack on the police, damage to, and possession of drugs. All the injured were admitted to nearby hospitals. Personally visited the wounded police chief commandant of police and Marek Dzyaloshinsky Polish Interior Minister Teresa Petrovsky.

On 11 November in Poland is traditionally celebrated Independence Day – on this day in 1918, it was announced that a reconstruction in Austria-Hungary, Germany and Russia of the Polish state, which is 125 years was not on the map. Independence Day is traditionally held rallies and marches: the official procession, headed by President Bronislaw Komorowski passed through the main streets of Warsaw in the first half of the day. At 17:00 local time on their march began in nationalist organizations, which started from Washington Square, where the country’s largest National Stadium.

After clashes with police and a group of unidentified persons in masks, as well as the arrest of two hundred marchers nationalists held a rally , which accused the government of the country in subjection to Brussels and Washington and criticized gay marriage. The result of the collision was the destruction of several bus stops, some nationalists were seized knives and other weapons.

Recall a year ago during a similar march was attacked by the Russian Embassy. An hour after the march began rioting grew into a mass brawl between two groups of young people. Participants then threw demonstrations diplomatic mission stones, firecrackers, Molotov cocktails, set fire guard booth and tried to climb the gate. Also affected by buildings and sales offices and Russian Center for Science and Culture. Police used water cannons against rioters, batons, tear gas, pepper spray and rubber bullets. The demonstrators resisted. As a result of wounds received while 12 law enforcement officers and 19 marchers, 14 of them were in the hospital. 72 people were arrested.Subsequently official Warsaw apologized for the incident. As representatives of the Russian diplomatic mission, this year no incidents related to the embassy, ​​was not. 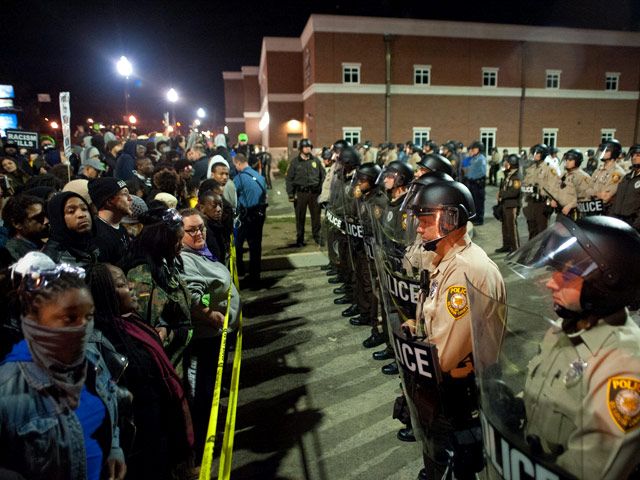 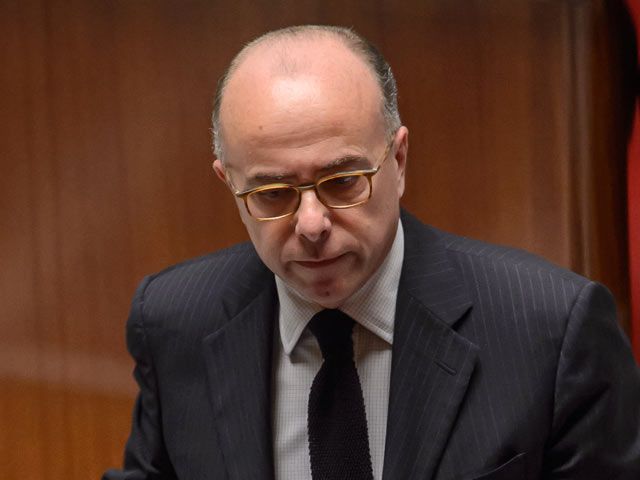