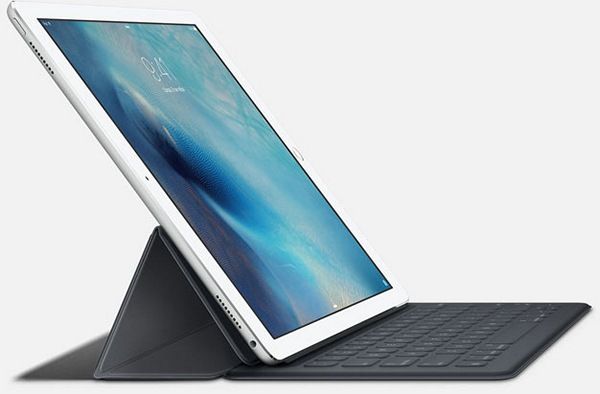 Yesterday, Apple held a large-scale presentation, which among other novelties was announced and 12.9-inch tablet iPad Pro. But the American manufacturer was true to himself and did not disclose some of the key features of this gadget. Now we have to collect the crumbs of the missing information.
For example, Adobe has already demonstrated several applications for iPad Pro, including the members of the new package Creative Cloud Photoshop Fix, Adobe Comp CC and Adobe Photoshop Sketch. And in between times, the company inadvertently opened RAM size tablet, which, as it turned out, reaches 4 GB, which, incidentally, unusually large for the company from Cupertino.

Of course, Apple has not yet confirmed this information. But Adobe is hardly would indicate unverified facts in its official press release. Therefore, we are almost sure of its authenticity. And, considering the iPad Pro is used in powerful hardware platform Apple A9X, such a large amount of RAM the tablet can provide a significant increase in productivity.