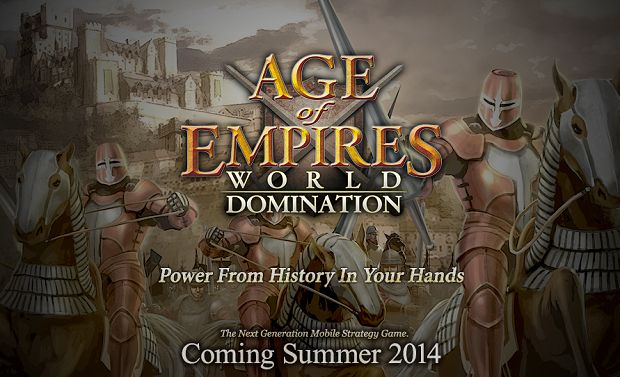 Age of Empires is a real-time strategy (RTS) quite popular, and Windows users, but not limited to, know very well. Fans of the series will be pleased to know that the title is coming soon on Android. During the Summer will be released on our beloved green robot chapter Age of Empires: World Domination, which was specially developed for mobile devices.

The game-play will be the usual, or fight the enemies by building strong armies and training, but then we would have expected more. The title will be a free-to-play, so it will include the much-hated in-app purchases, even if they lack information about their use and so expect to hear more about it before to express ourselves and possibly criticize them.

Between civilizations will find, for example, the Huns with the chief Attila, King Arthur and the Celts, Vikings with Canute the Great, and so on, instead of missing information on the rest of the game but we hope to soon be in possession of more details. In the meantime we leave you three images from the game and a demo video, which reveals the locations of the game, the civilization and the game-play.