Alcatel 3C Review: Why do you need this phone, if there is Redmi 5? 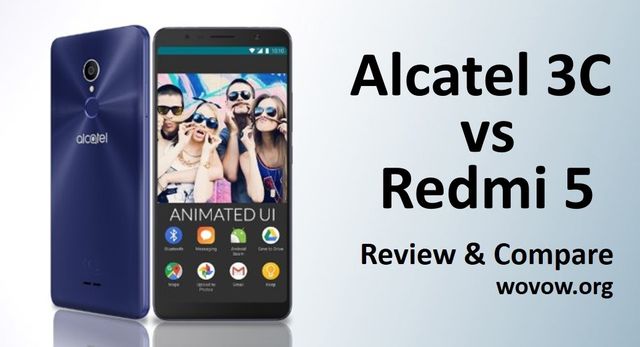 Today Alcatel is famous for its flagship smartphones, but just 2-3 years ago it was possible to find good affordable smartphones. For example, Idol 4 and Idol 4S were released exactly 2 years ago. But after them company did not show any really interesting device. There were some attempts, such as Idol 5S on Snapdragon 625. However it has very high price – about $300, so many people just ignore it.

Despite a lot of failed products, Alcatel continues to update its series. This time the company will bring to MWC 2018 the cheapest and most uninteresting full-screen smartphone called Alcatel 3C. By the way, it is the cheapest only for Alcatel, since given its specifications, the same Redmi 5 looks much more attractive. But this is my personal opinion, let’s review specifications and features of new Alcatel device. 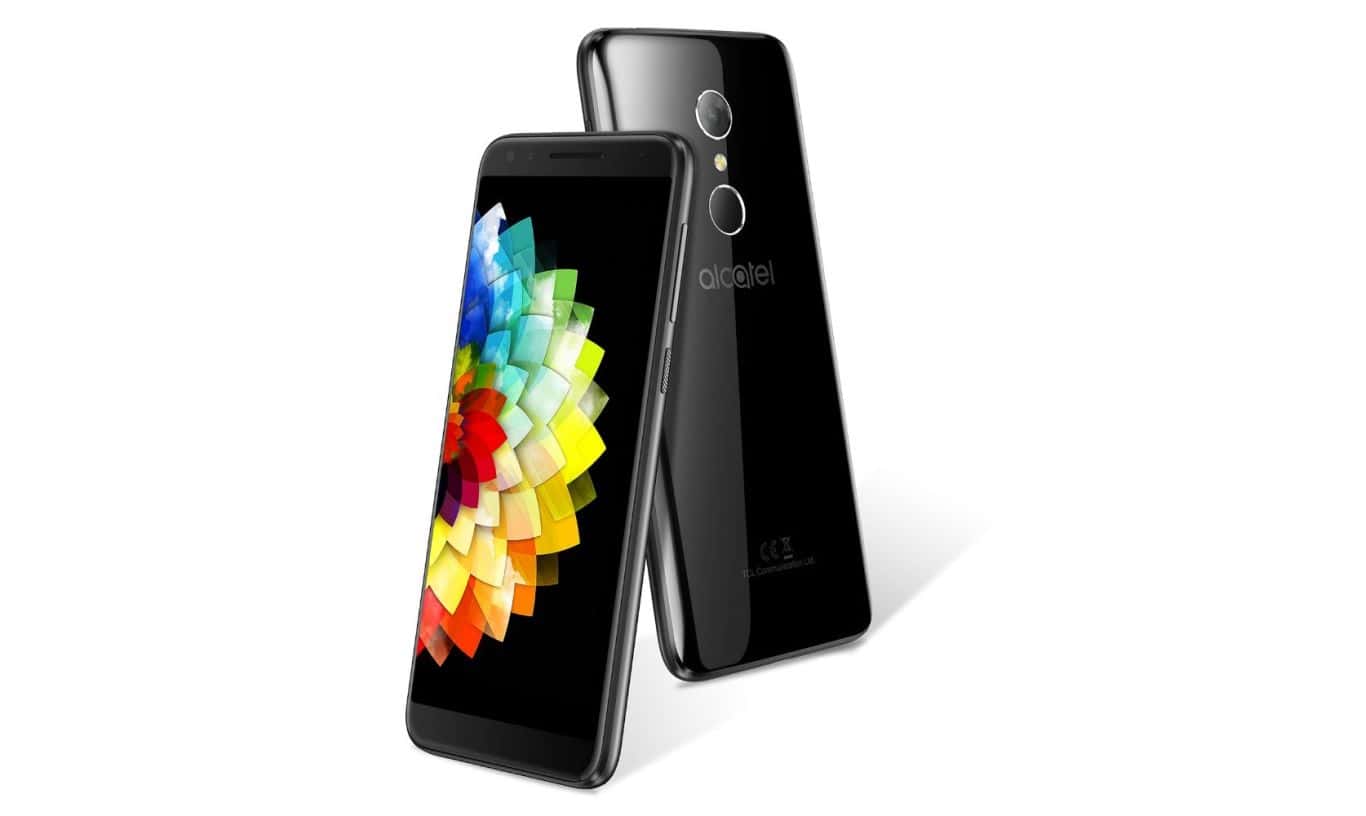 We already know full specification list and design of smartphone before official announce. So, Alcatel 3C is not a surprise for us.

Alcatel 3C will be the first smartphone of the company with 18:9 display and thin bezels around it. At first glance, new smartphone looks amazing, not worse than its competitors. Stylish design, minimum details, symmetrical arrangement of the camera with fingerprint reader leave only a positive impression.

The back cover is made of plastic. The plastic is not glossy, because it has a circular pattern, due to which it is interesting to glare and perfectly lies in the hand. 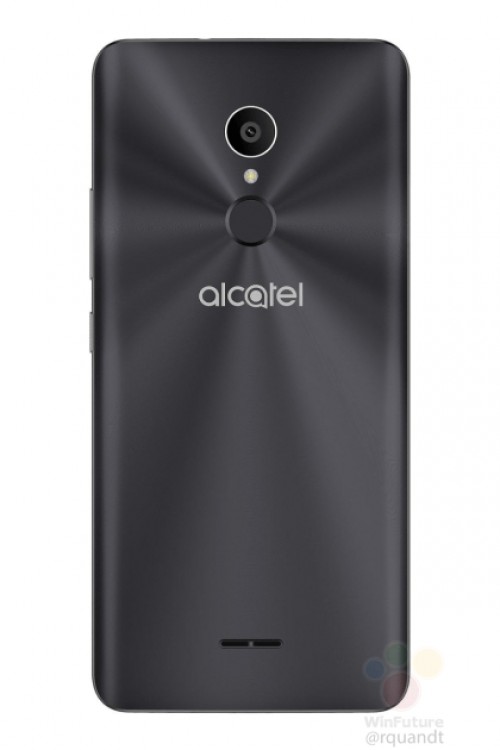 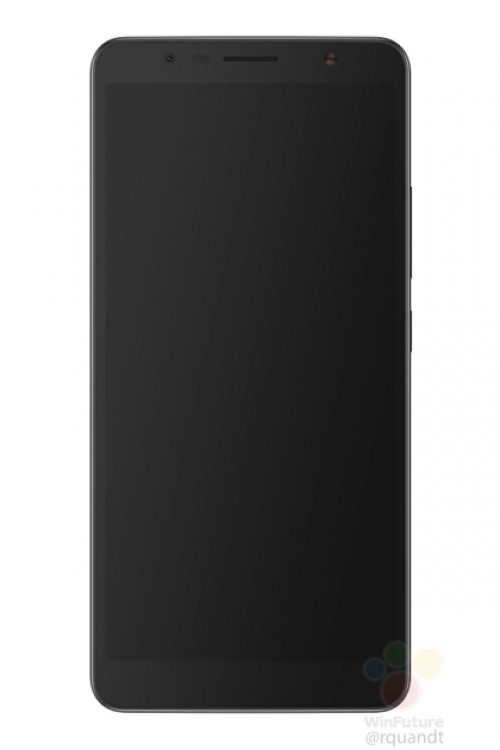 The camera records video in maximum resolution of Full HD video. There is no image stabilizers. In general, Alcatel 3C will make good photos in daytime and terrible images in the evening. The sensor model is unknown. 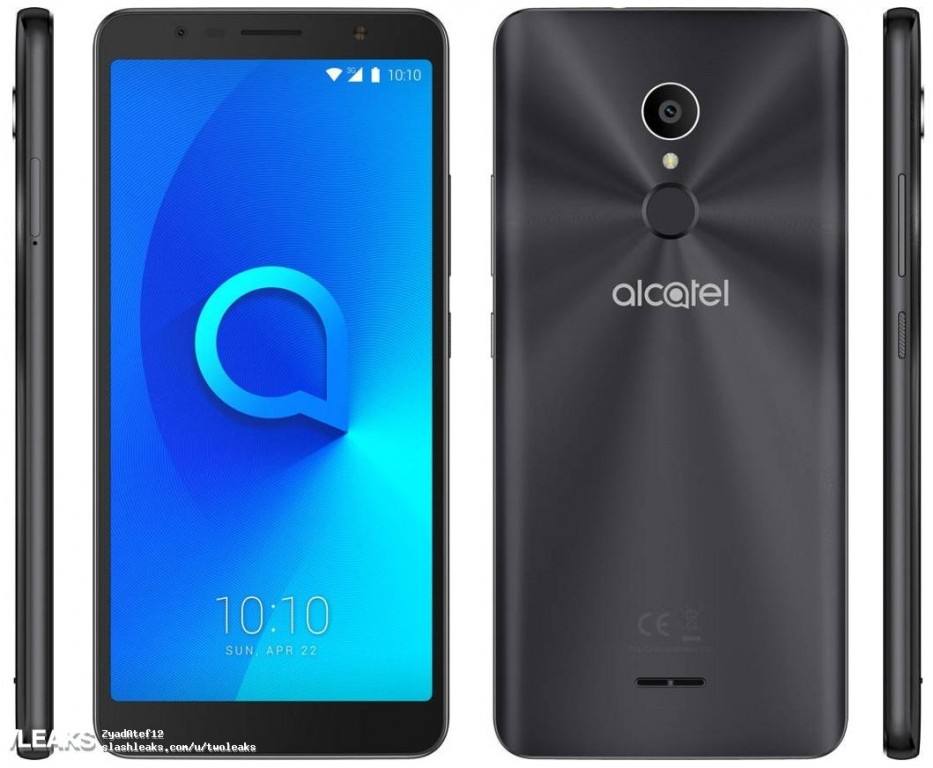 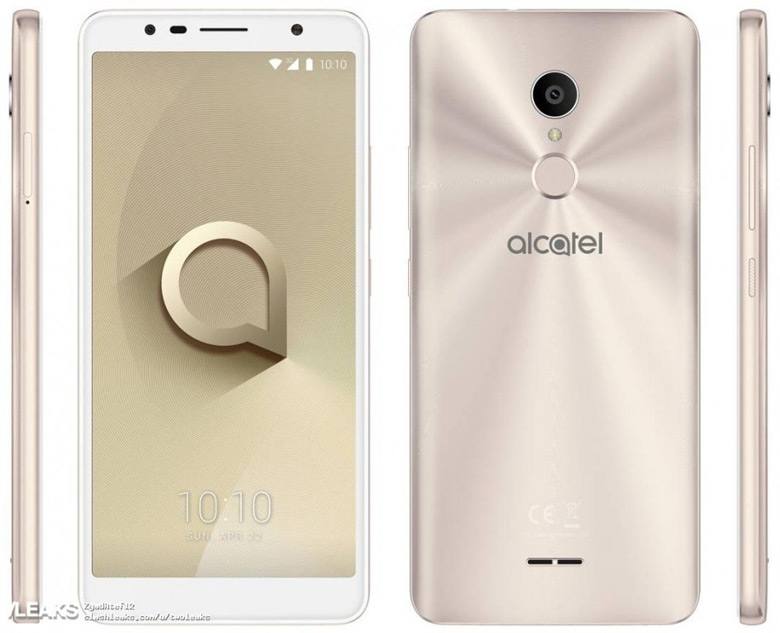 And here we come to the most interesting part. Alcatel 3C is powered by Mediatek MT8321. This is quad-core chipset with a frequency of up to 1.3 GHz and Cortex-A7 cores. The huge disadvantage of the processor is 32-bit, the weak and almost useless Mali-400 graphics accelerator, as well as old process technology of 28 nanometers and the lack of support for 4G networks. The chipset is not only weak (about 22000 points in Antutu), but also old, not energy efficient and does not provide high speed mobile networks. Moreover, Alcatel 3C has only 1 GB of RAM LPDDR3. Also there is 16GB of internal memory with support for memory cards. 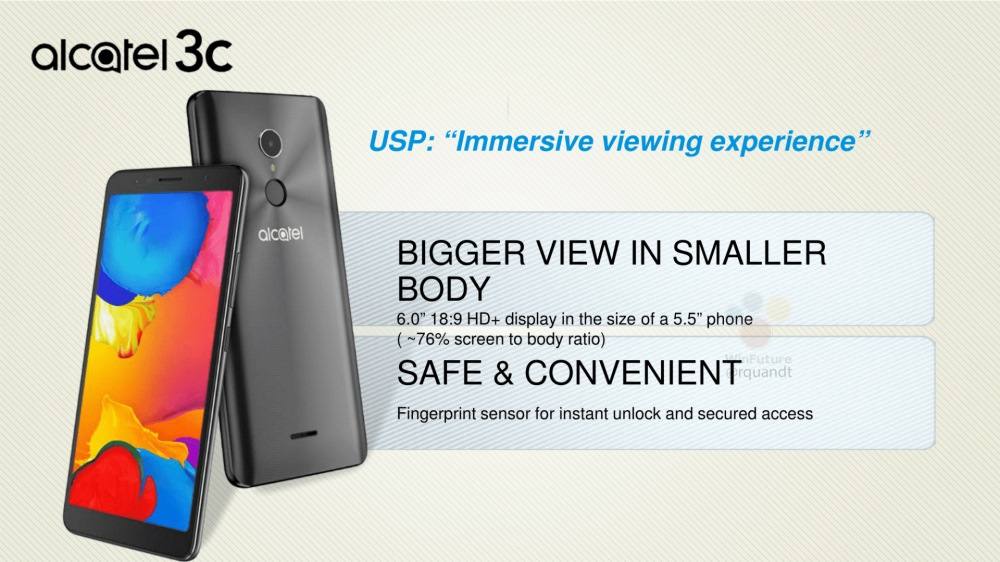 Even if this smartphone will cost less than $100, what’s the point of buying a half-dead device in a beautiful wrapper that brakes, heats up, does not have LTE network? Of course, 32-bit processors still have the right to life, but in a couple of years Google will officially remove 32-bit applications from Google Play Store, leaving only 64-bit. 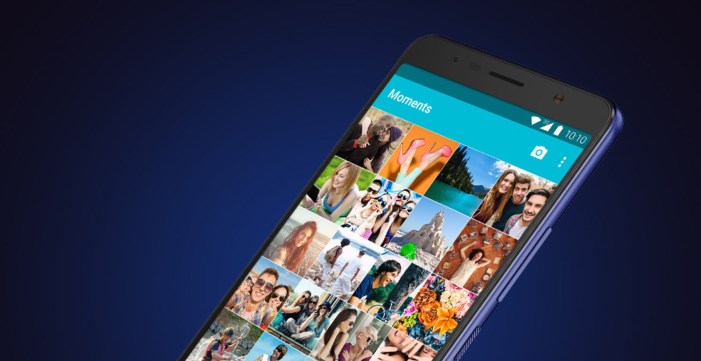 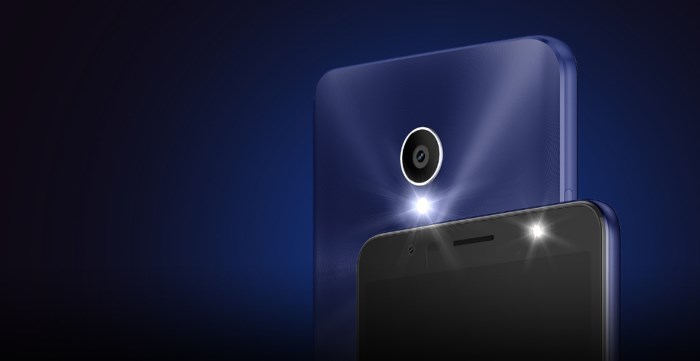 We can say that Xiaomi Redmi 5 is the best option for almost the same money. It has full-screen design with 18:9 display and diagonal of 5.7 inches (HD+ resolution). The smartphone is made of metal, but not completely, because there are plastic inserts. It has Snapdragon 450 processor, which scores up to 60000 points in Antutu, 2 or 3 GB of RAM and 16/32 GB of ROM. The cameras are much better, than Alcatel 3C: 12 and 5MP without interpolation. The battery is 3300 mAh. Its price starts from $120, which is $20 cheaper than Alcatel C3. 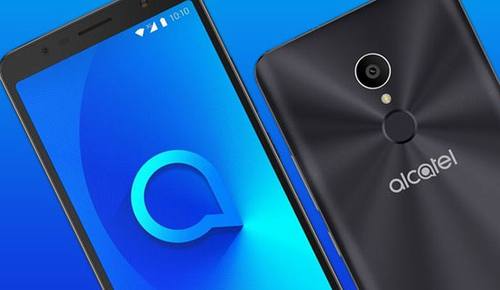 The smartphone was announced on MWC 2018. It means that it will go on sale in early spring. The minimum price tag for the device is $140. For such a weak and old hardware it is very high price.

Also you can visit our page with coupons to buy Alcatel 3C at the best price.