Ana Ortiz (Devious Maids): “I feel responsible for our culture” 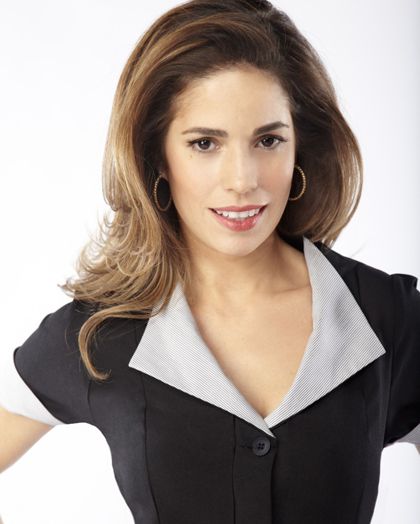 In an interview with Ana Ortiz, who plays one of the main characters of the comedy drama Devious Maids, spoke about the difficulties that she faced while working on a way Marisol, and how she copes with the criticism of the show.

What were your impressions about the show after the first read the script?

And the idea, and I really liked the characters. Marc Cherry particular vision of the project, so I just could not pass by.

It is very different from all the characters that I’ve played before. Marisol – restrained, calm, aloof, but deep down it – a real volcano. Perhaps this attracted me to her. Previously, I have never perform similar roles, so this work has become a real challenge.

How did you prepare for your role?

When filming began, I knew nothing about Marisol: Marc Cherry likes to keep everything secret. Now my character is constantly surprises me. In the first season the main task of Marisol – unravel the mystery of the murder of flora and rescue his son from prison. In this case, the audience almost do not know anything about her past. They see it for what it is at the moment – a detective and at the same time loving friend. Marisol very inventive in its investigation and is ready to do anything, what would it at any cost.

Are the shooting “Devious Maids” from previous work on your projects?

Are very different. Firstly, as you know, on the set a lot more Hispanic than in any other American TV series. Sometimes there is a feeling that I got home. I like the atmosphere of the show, on the set of rampant fun yet serious attitude. Actors involved in the series, is incredibly talented and keep the bar high. Each of us does not care what will happen to the project and characters. 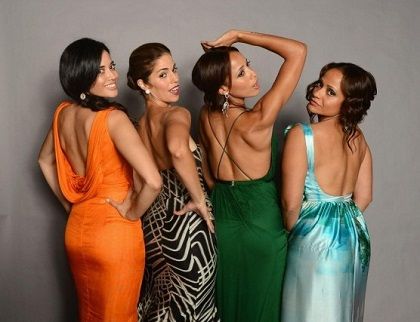 Much time did you spend with colleagues off the set?

We constantly spend time together. Judy Reyes, who plays Zoyly – one of the best actresses I’ve ever met. At the start of filming there were moments when I did not understand her character and face difficulties in translating its image. Judy was always ready to help me. She is very smart, talented and totally selfless.

What, in your opinion, attracts viewers ‘Devious Maids’?

The story itself, as well as how to develop a character. Each of the characters blend in with their own storyline. If I did not play in this series, it just looked like to him.

As you struggle to criticize stereotyped plot?

To deal with such criticism – a tedious task, besides, I know where it came from. Our show is not like the caricature sketches, as it might seem at first glance. At the maids have their exciting and tragic life stories that deserve to be told. Also on the show very accurately represents real life Latina in the United States. Produced the first season played Eva Longoria, which will be one of the directors of the next chapter. So Latinka in the project not only keep their word on the screen, but behind the scenes. Eve, as we all do, feels responsible for our culture, so Marc Cherry listen to her opinion and respect him very much. 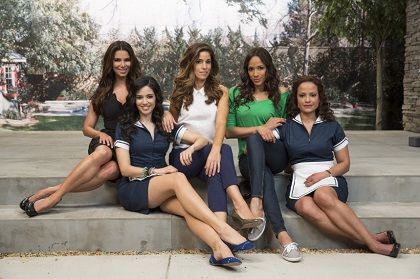 Marisol something similar to you?

This role was given to me difficult largely due to the fact that we Marisol very similar. Sometimes I do not understand where lies the distinction between us: whether I play the heroine, or herself. We both – pragmatic and passionate, but not impulsive mother, ready to do anything for their children.

Could you describe the “Devious Maids” in one word?

This would be the Spanish word “sabor”, which means “taste”. In the series definitely has its own peculiarity, attracting spectators.