Announcement iPhone 6S. Anything new there?

The day before yesterday at the launch of Apple showed us a new mobile phone called iPhone 6S. We are all waiting for this announcement for something more than to get a result, and today we’ll talk about what made the apple engineers. We were shown exactly the same mobile phone that in the past year, but now it has become a bit more powerful and has received a completely new display. Apparently, today users already so spoiled that they do not make these innovations jumping for joy and run to the store.Yes, the new gadget has become even more powerful, but because he could not run any gaming products.Yes, the camera has improved, but it is the best and so little on the market. So what we are asked to give their money? And the money we give is for display with Force Touch. It radically changed your attitude to the smartphone and the future of the mobile industry too. Let’s take a closer look with this thing!

Display size remained the same – 4.7 inches of the original model and 5.5 inches Plus. The resolution also remains a standard – in 1334 to 750 points in 1920 and 1080 points respectively. IPS panel with the same brightness and contrast. So what’s the trick? The trick lies in the 3D Touch-technology, which is already used in Apple Watch. By working together backlight, accelerometer sensor and Touch smartphone will determine the force pressing on the display and on this basis to perform some action. For example, pressing and holding his finger on the camera icon you can bring up the menu options – a self-portrait, to make ordinary photos, shoot video, and so on. If you hold down even more, immediately opens the application. This feature will be used in all applications, and even games, completely changing the approach to the creation of the interface. 3D Touch is indeed a breakthrough in the market, what can we confess.

The basis of the performance of the new flagship iPhone 6S is a 64-bit processor Apple A9. According to the chief engineer of the company, this processor is 60% more productive than the model Apple A8, and he was considered the most powerful in the mobile market. Apparently, now the toys will be even more beautiful and cool. In terms of graphics the new processor became 90% more powerful than the previous model, and it’s really a great result. On the RAM so nobody said nothing, so no 2 gigabytes we do not see. On the other hand – why? Smartphone and so flies better than any Android-4 gigabytes of RAM.

The main camera now has a 12-megapixel sensor and removes the now even better. Aperture is stagnant, but the autofocus has become a little faster. The front facing camera is 5 megapixels should also please the modern user. The smartphone now supports 4K resolution, so that the era UltraHD has come and it’s time to move to the new formats. The design of the iPhone 6S has remained the same, only now to the three already familiar colors add golden-pink. For the fairer sex this is a new chance to show off among friends, and for men – new headache. 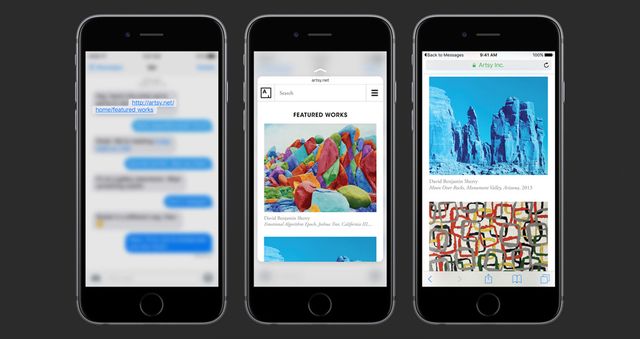 Pleased only that now the new smartphones iPhone 6S will be sold at old prices, and the model of the previous years will lose in the price of 100 dollars. If you have all of these technologies does not make any sense, you can safely buy the iPhone 6, and at a reasonable price and enjoy life. The novelty will appear for 26 September at the shelves of branded stores at a price of 649 dollars for a minimum configuration. Can you name a revolutionary gadget? Yes, definitely you can – the new screen will completely change the industry, we are sure.