Apocalypse is not in Hollywood. Review of “These Final Hours” 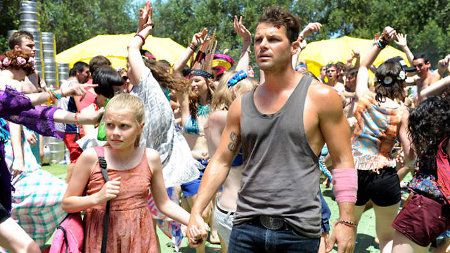 What could be worse than the end of the world? Perhaps his conscious expectation in a world where everything was suddenly all care. Until such time as if from the Earth with the big orange irrevocably “peel skin”, less than a day, and this time we must somehow survive. That’s about it “somehow” and removed the Australian drama Zach Hilditcha “These Final Hours” – sad, honest and yet surprisingly addictive instructions for use of the apocalypse. 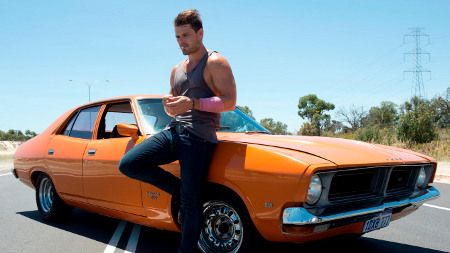 Movie plot twists around a young, handsome, athletic, and very selfish minded man named James (Nathan Phillips). He sent the last of his life party hard, where plans, as well as other participants, to throw all in a row, but more-more, but would not feel pain during the apocalypse. On the way he meets Rose (Angoor Rice) – a girl who asks to take her to her father to meet the last hours with only close friend in the world.

Director, for whom this project has become a full-length debut, good sense of humor viewers accustomed to rise in the degree of severity of Australian cinema. Here Zack very lucidly makes it clear that agony scum in turn before the end of which the weakest of light – it is very scary. But Hilditch not relish it, and delicately leaves behind the scenes. We also went to the whole range of human emotions on the eve of the end of the public from pacified decision to extremes of hedonism, from classical hysteria “I do not want to die” until at least the classic “God loves all of us, repent.” Shtrishok for shtrishki director creates a rich emotional background, which is about to unfold top-notch drama …

In this case, the film can not be called a chamber, he too beautifully filmed, in order not to go at it in the movie. Landscapes ravaged by looters Perth, impressive shooting crazy open-Air poolside sky with anxiety does not bode well scraps of clouds – on the visual side of the film conjured a real perfectionist. Even death is a maximum fine, but with preservation of sensation of acute pain which pierces the main characters from the awareness of the come or coming, but inevitable loss of native people.

Special mention deserves the quarrel between James and his girlfriend in a futile bunker. Vicky (Katherine Beck) in his trendy blue swimsuit with perfect form, perfect skin, and apparently some promising future, literally oozes unwillingness to die and die from the inability to change something. Whereas James looking at her multiplied by stimulants luxury tantrum, suddenly realizes that is not in the wrong place with the wrong people. And the story starts at a gallop – unfolds before the audience a fascinating insight titled “atone for their sins externally.” 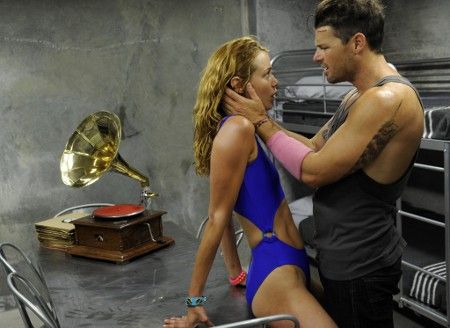 “These Final Hours” – a perfect example of how to get lost against the background of high-budget hits a modest festival of cinema, which would seem to be a feast for the eyes only the most sophisticated audience, gives a head start to many of his Hollywood colleagues. And it concerns not only spectacular and dynamic (tightened down with the scene and flirting with selected intellectuals!), But also the very message that carries the film. No symbolism or complex meanings, nothing incomprehensible to the normal viewer. History James is exactly what it seems. That is a reminder to each of us: never too late to make amends and learn the truth “with your favorite Do not Leave”.