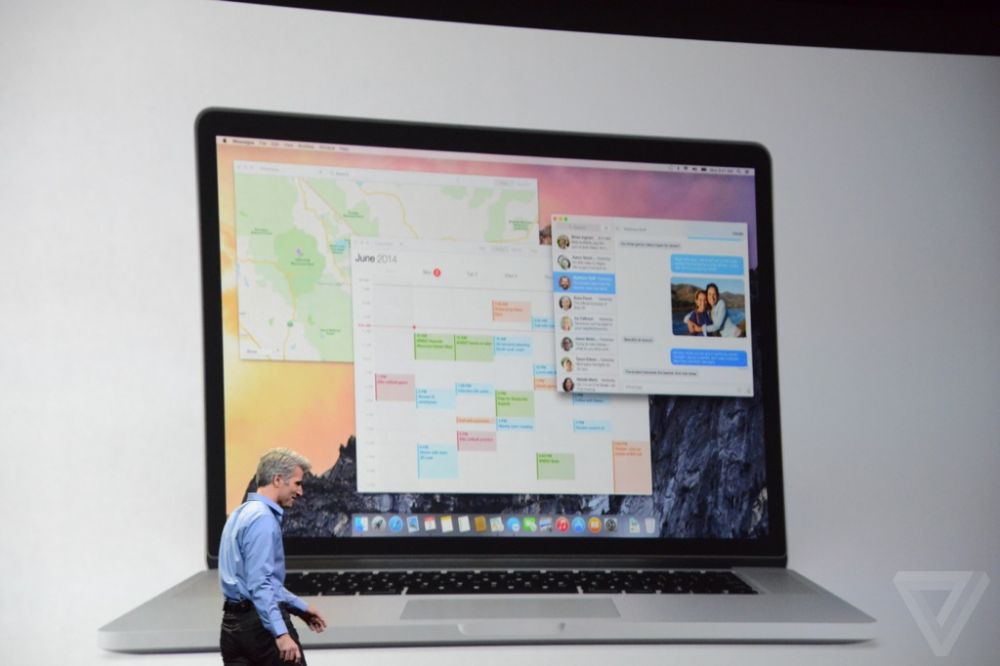 Apple Inc. unveiled a new version of June 2 desktop operating system Mac OS X. This was at a conference for developers WWDC, held in California.

Mac OS X 10.10 called Yosemite. As explained by Craig Federighi , guiding the development of a desktop operating system , now called the system is not in honor of the cat as it was before and after locations in California.

As expected , the new system was “flat” in the spirit of iOS interface 7. 10.10 in Windows use the effect of ” misted glass ” that allows them to adapt to the desktop background and stand out from the windows lying “under” them. 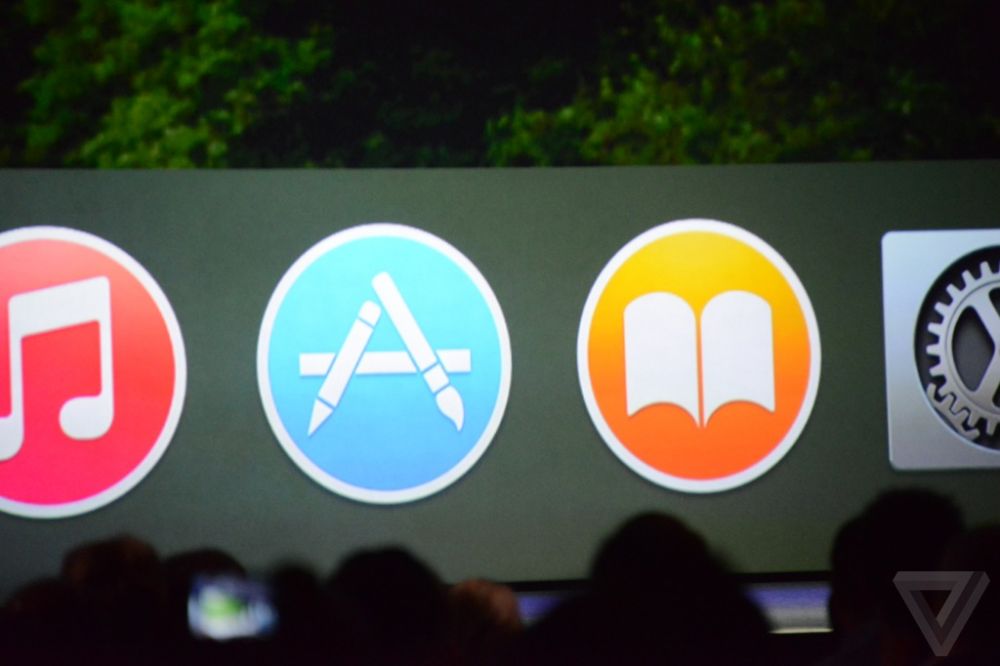 Changes were made and the notification center , which appears on the right side of the screen . Now he has more information and can be supplemented by the user widgets : for example, it may include a panel calculator and a summary of stock prices .

In Mac OS X 10.10 , a new search application Spotlight, not only allows you to search for files, emails and contacts on your PC , but also on the network – in “Wikipedia” , news, digital stores and cartographic services. In addition , Spotlight can show the last editable documents in office applications and perform mathematical operations . 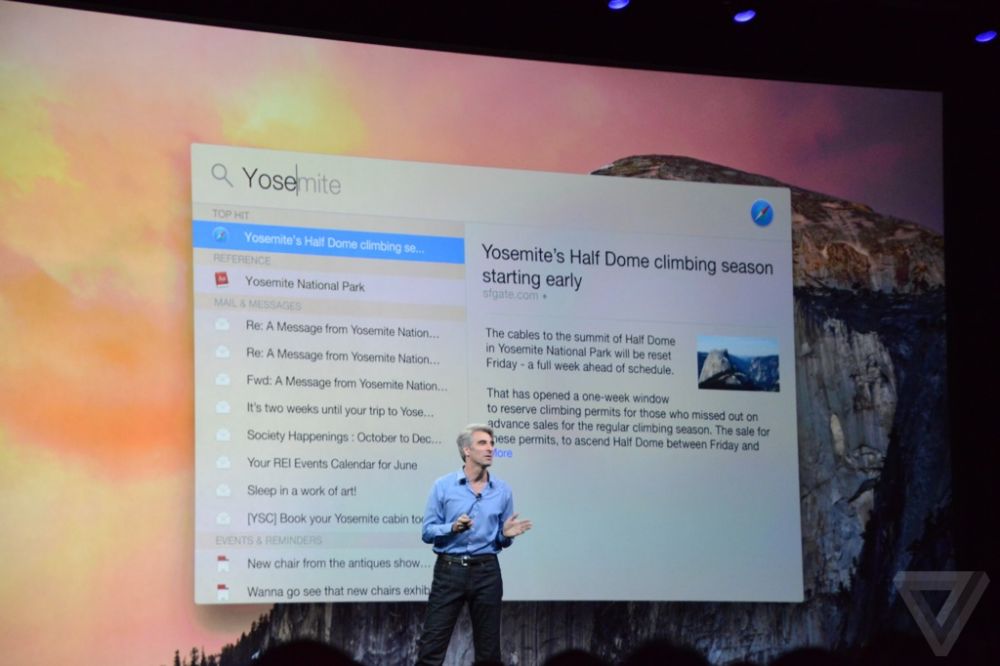 Together with the Mac OS X 10.10 Apple unveiled a new version of cloud storage iCloud, dubbed iCloud Drive. It looks like a standard folder in the system , but allows you to synchronize the files in it between all systems , not only Mac, but Windows smartphones and iOS.

Apple allowed users to send and email large files . MailDrop function encrypts and sends the document to be sent to iCloud, so the recipient will have to go to a special link to download it. Thus you can send files up to 5 GB.

Built- in OS X Safari browser got more minimalistic interface in which the bookmarks bar is hidden in a row of “smart search “. In addition, according to the developers , their browser several times faster and more energy efficient than Firefox and Chrome. 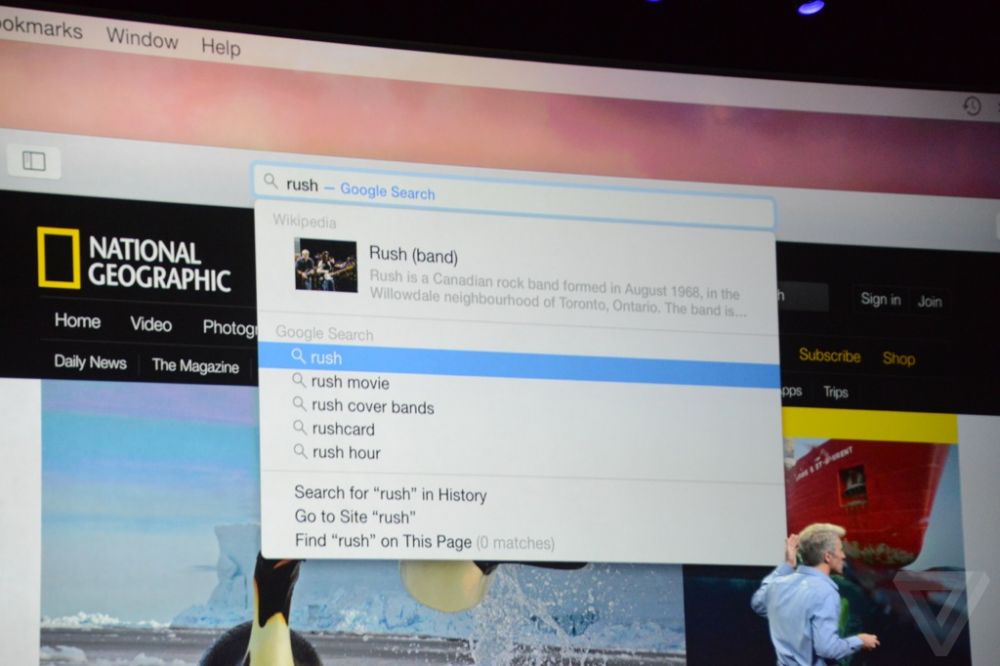 Apple also introduced a number of innovations that simplify sharing Mac and iPhone. Desktop systems can now communicate with mobile devices through AirDrop.

Also, users will be able to answer incoming calls to iPhone, via computer. Moreover , the computer can dial a number and call someone using a smartphone as a mediator . 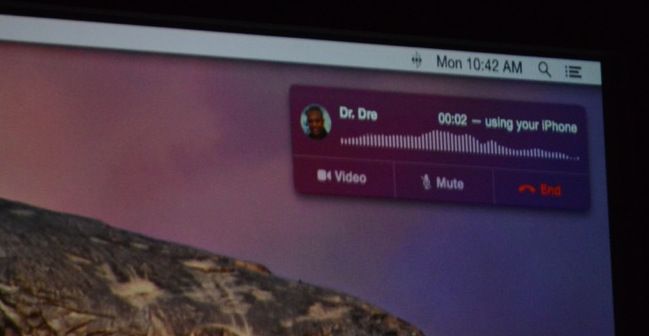 In addition, the iPad lock screen appeared a special icon , swiping at which you can open on the tablet with the same application in the same condition that it was open on the Mac. A function allows Instant Hotspot via computer run on the iPhone and the distribution of mobile internet to connect to it .

The new system will be free and will be available to developers immediately after the presentation .