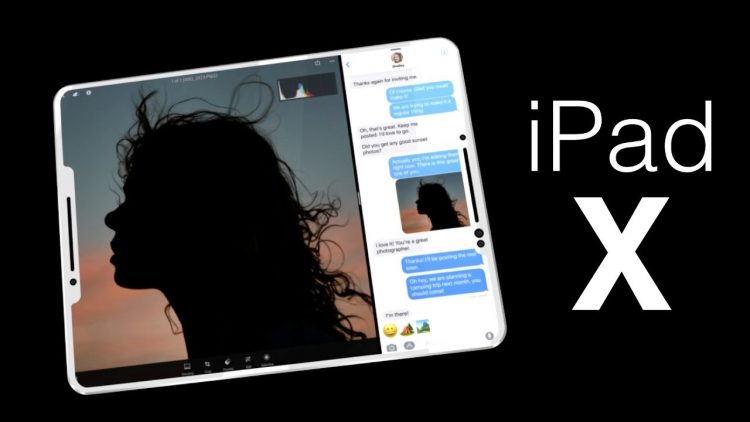 Some days ago we received first rumors about new tablet from Apple in 2018. It is Apple iPad X with support 3D Face Face recogrnation and 12-inch display without bezels. The fairly stable market of tablet will have a small revolution! Let’s look at first specifications and features.

Thanks to new design, the dimensions of iPad X will be almost the same as tablets with 10 inches displays. Most likely, new Apple tablet 2018 will have Super AMOLED screen produced by South Korean company Samsung.

As you know, Samsung is not in hurry to use latest smartphone technologies in other gadgets, such as tablets. However, if Samsung doesn’t want to loose on tablet market, then it should follow latest trends for its new tablets, such as beze-less and face recognation system.

Moreover, Cupertino company can release a laptop that has a display with very thin bezels. However, at the moment it seems unreal. We are waiting for more details before saying something about Apple laptop without bezels. 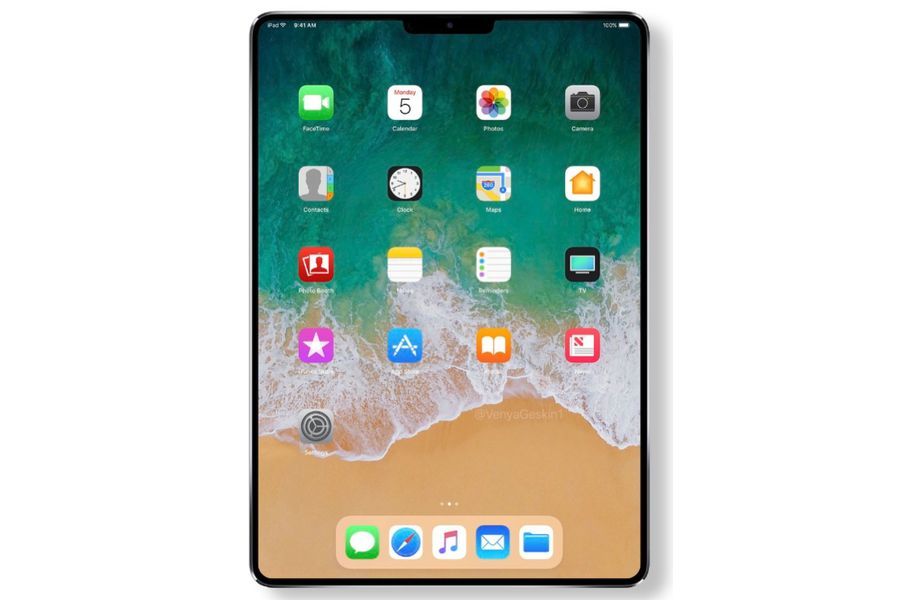 Let’s return to Apple iPad X. We already have some renders and new tablet looks impressive. We don’t know how convenient it is to use, but design is very beautiful.

As you may notice, Apple iPad X will not have home button and fingerprint reader. Apple plans to use FaceID Recognition system, just like new iPhone X. Also, the company can come up with to fingerprint reader built into the display.

In any case, to information about new Apple iPad X should be  treated skeptically. Official sources do not confirm it yet, while fakes around Apple company is always spinning abound.