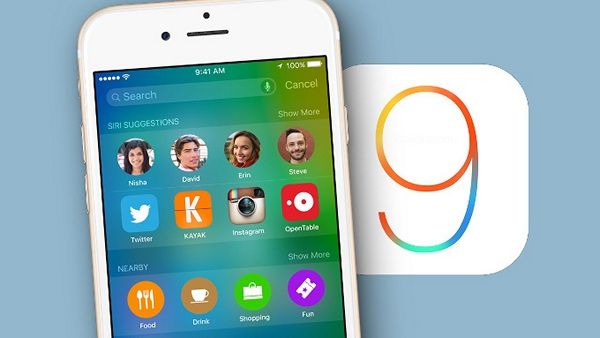 Barely a week after the release of iOS 9, Apple introduced updated iOS 9.0.1, aimed mainly at correcting errors in the previous version.

Update as small as 35 MB to solve the problem with the inability to complete the Setup Assistant, incorrect display frame pause after pause a video in Safari and application “Photo”, as well as loss of data network profiles to manually set the access point APN. In addition, developers eliminate errors due to which the timer and alarm clock did not work sometimes.

Parallel to this, Apple has launched a public test of the second in a row beta iOS 9.1. It provides access to an expanded set of emoticons Emoji from Unicode and 8 includes a new setting that makes the virtual assistant Siri will be able to distinguish the voice of their owner. The main visual changes in iOS 9.1 beta 2 is the ability to disable the display of contact photos in the message list.

We add that a few days ago the company released the update was late watchOS 2 for its smart watch Apple Watch.