What to see in Asuncion 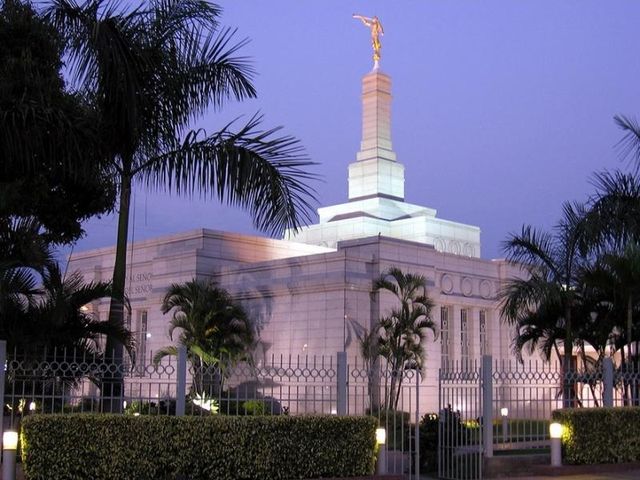 Paraguay – a country which is not a popular tourist destination. However, there exist a truly amazing place that no one can remain indifferent. We will tell you about the sights of Asuncion – the capital of Paraguay.

Paraguay is located in the central part of South America. The country derives its name from the Paraguay River, which means “big river, the source of the sea.” Asuncion was founded in 1537, but, despite the time, managed to remain almost the same as back in the XVI century. The capital of Paraguay is located on the eastern bank of the Rio Paraguay. It is interesting that Asuncion was designed and built very clearly all avenues intersect at right angles. In the old town you can see a lot of fine old houses, as well as more modest buildings of the colonial period, decorated with wrought-iron grilles and balconies lovely small gardens. Here you can spend time in the beautiful parks, stroll along the quiet streets and squares, see historical monuments. 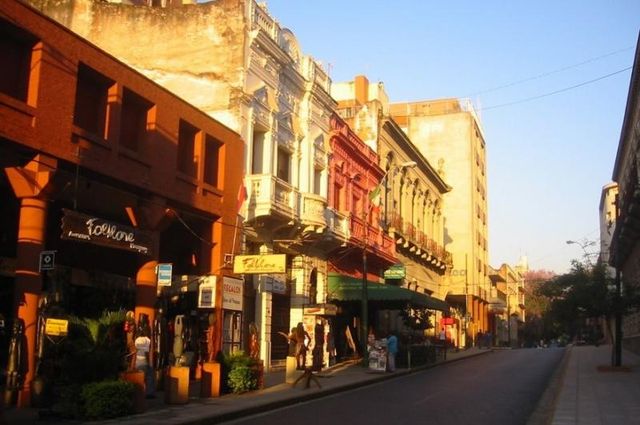 Always worth a stroll through the Place de la Constitucion, where the building of the National Congress – a grand building of the XVI century. It has never been external changes, so now included in the UNESCO World Heritage List. Then you can walk past the old military school, municipal building Cabildo and the Cathedral, which houses the museum, as well as near the National Police Agency. There you can see the palace Palacio del Lopez – the residence of the current president of Paraguay. 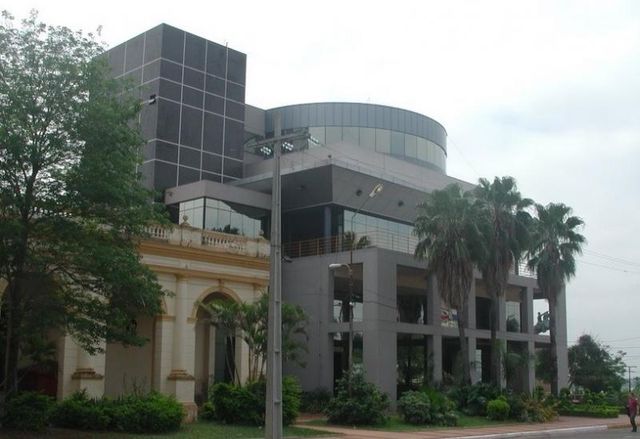 Not far from the residence of the President is another famous attraction in Asuncion – Cathedral. In Paraguay, the long established Catholic orders, which often operate on an equal footing with the laws. Metropolitan Cathedral is interesting for its history: its construction was going on as much as 198 years. Blame for this was the long war – this time lacked funds to build churches. 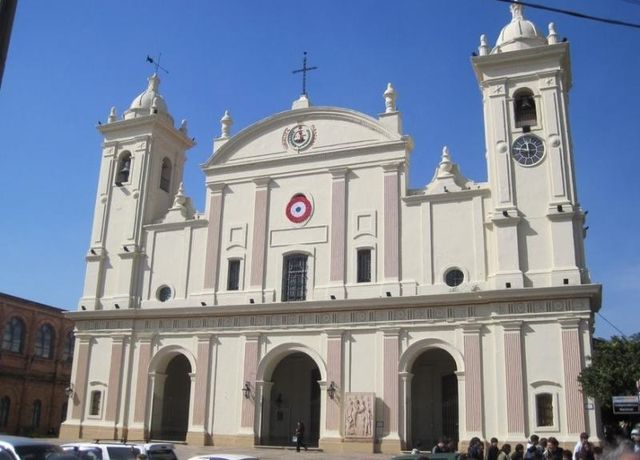 In Asuncion definitely need to look at the city’s oldest building – House of Independence (1772). It is famous for the fact that it was here that the Declaration of Independence was signed in Paraguay. In the House of independence is a museum – the entrance there is a free mode of operation from Monday to Friday – from 17.00 to 18.30 on Saturday – from 8.00 to 12.00. In this museum you can see a collection of a variety of historical objects preserved from the colonial period. 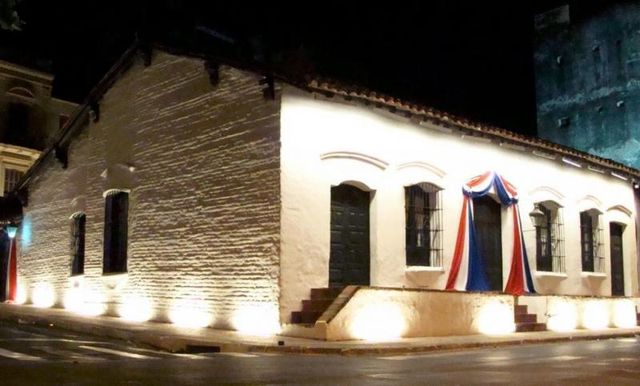 Independence is located near the House, the oldest hotel of the capital – Gran Hotel del Paraguay (XIX century). In this house you can also see a collection of furniture and paintings, dating from the XIX century. 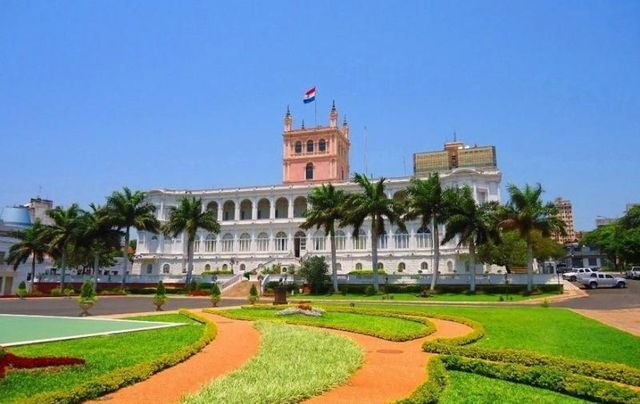 On the coastal Plaza El Paraguayo-Independence is the Government Palace – Palacio de Gobierno. It is interesting for the unusual shape of a horseshoe, as well as its history. For a long time, the palace was not just closed to the public – it was forbidden even to watch. Guard of the palace had only the right to shoot on the spot anyone who looks at this building. Now the Palacio de Gobierno opened to the public on its territory walking free. On Thursdays and Fridays are organized tours.

Not far from the Palace of Government is the National Museum – the residence of the Casa Viola.
To learn about the history of Paraguay, be sure to visit the Plaza de Los Heroes. There is a national pantheon of heroes – a memorial to the victims of Paraguayan soldiers. It is a place of pilgrimage for every Paraguayan, who comes to the capital. On Saturdays at 10.00’s going solemn changing of the guard. Memorial can be visited on weekdays from 6.00 to 17.30 and on weekends from 6.00 to 12.00. 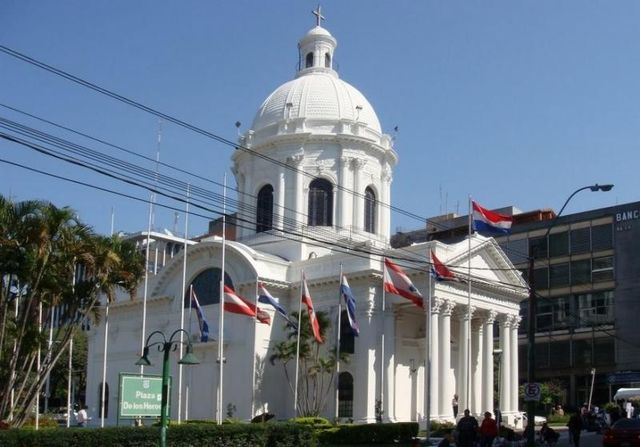 In the capital of Paraguay, a lot of ancient and modern churches. The best-known, apart from the Cathedral, are Oratorio de La Virgen de Asuncion near the National Pantheon, Les de La Recoleta, the Oratory of San Jeronimo, the Church de la Encarnacion, Iglesia de Trinidad, Church Vicar-Kastrense (known for the unusual shape of the building built in a tent), Iglesia de La Merced and the Iglesia de San Francisco de Asis. 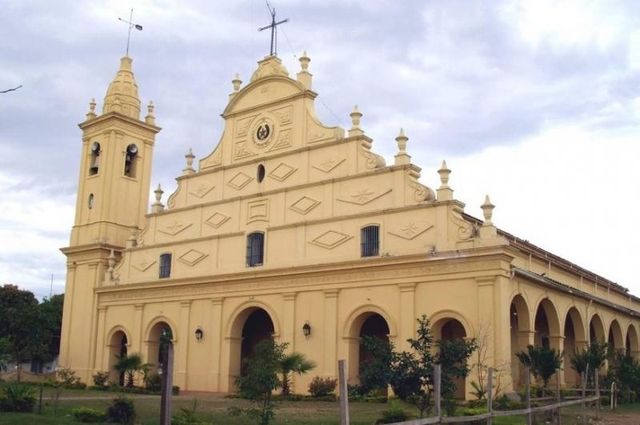 Asuncion is also famous for its large number of museums: the National Museum of Art, the Ethnographic Museum Andreas Barbero Museum Paraguayan folk art, the Museum of Fine Arts, the Museum of Archaeology and Ethnography of Guido Bodzhiani and many others. Well worth a visit at least a couple of them to better understand the Paraguayan culture.
Tired of trips and long walks, tourists can spend time in the numerous parks in Asuncion. 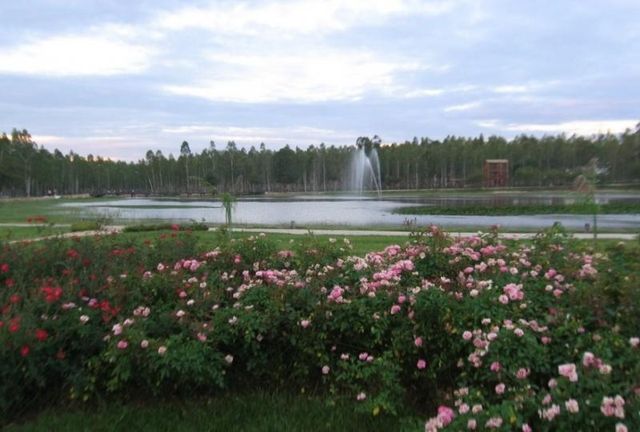 Asuncion – is a place that could not be better, and allows you to feel the uneasy sometimes bloody history of Paraguay and to better understand the mentality of the locals. The city has its pros and cons, but leaves no one indifferent, so start dating with Paraguay is best here.