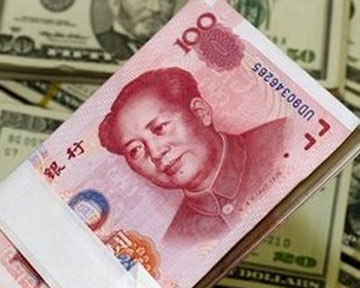 PBOC increased the allowable fluctuation of the yuan within a single trading session from 1% to 2 %. The report said the regulator that this change should increase the transparency of the monetary system and increase the flexibility of the exchange rate.

Changes will take effect from Monday. However, it is worth noting that such actions were quite expected . First, China has announced last year that prepares various financial reforms .

In part, we have already witnessed some changes – it is a first in the history of the PRC corporate defaults . As for the currency , since the beginning , the Central Bank began its systematic weakening and now expanded the boundaries of hesitation.

This step shows that the economy is stable and feels China is ready to carry out reforms in accordance with the plan .

As always, there is a downside . Some experts , for example , believe that the increased volatility of the yuan will not help to increase the role of the Chinese currency in international trade.

At the same time , Chinese companies will now have to discover a new operation – foreign currency hedging .

Since the beginning of this year, the yuan fell against the dollar by 1.6% already . This is partly attributed to the slowdown of the Chinese economy , which contributes to an outflow of capital from the country. On the other hand, the authorities deliberately China weakened currency to help exporters . Additional pressure on the currency situation created with corporate defaults and a collapse of quotations of copper, which is widely used in China as collateral for loans.