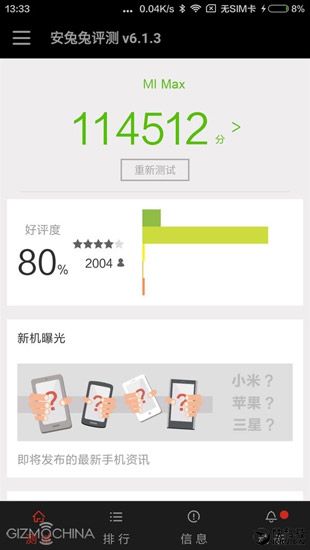 As networks continue to proliferate rumors about all the new products of Chinese manufacturers, one of which must be tablet phone Xiaomi Max. And, judging by the latest results of the test of this gadget, novelty, not only will be the first planshetofonom the company, but also for the first time in history will get a processor designed most Xiaomi.

According to informants, Xiaomi has already completed the development of a new chipset, code designation Rifle, and is ready to use it in their products. And judging by the AnTuTu benchmark, the first gadget based on it can be planshetofon Xiaomi Max. And the results of the last test refute the rumors about the low performance chipset based on budgetary decisions. And thanks Xiaomi Max Rifle gaining more than 114,000 points in AnTuTu. 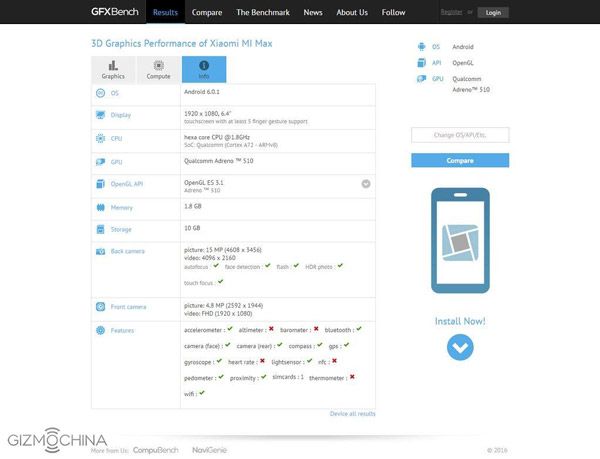 At the same time, Xiaomi Max can be used only by the manufacturer for testing Rifle chipset. After all, according to previous rumors, based on the commercial version of the gadget is Qualcomm Snapdragon 820. But the hardware platform already difficult situation even more confused benchmark GFXBench, according to which the performance of the Xiaomi Mi Max meets the 6-core Qualcomm processor with a clock frequency of up to 1.6 GHz and Adreno 510 graphics accelerator (Snapdragon 650?).

This benchmark also talks about using planshetofone in only 2 GB of RAM, a 6.4 “display with a resolution of 1920×1080 pixels, 15-megapixel and 5 megapixel camera and 16 GB of flash memory and the Android 6.0.1 operating system.