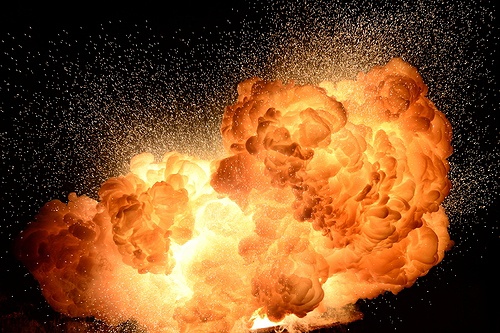 It turns out that the controlled ignition termite dark matter particles could be quite effective in physical research. Well, or at least make a big trouble. In general, one of two something.

Remember, we reported the tragic mismatch: space telescopes suggest that particles of dark matter (DM) is, and quite massive and terrestrial laboratory experiments indicate if and hints of such particles is quite different masses?

Obviously, if we want to ensure their existence, such experiments are needed that would “train” to resolve the question of the mass of WIMPs – weakly interacting dark matter particles. And then enter the scene Andrew Drucker ( Andrzej Drukier ) of the American company Biotraces and his colleagues: they offer a new type of simpler and cheaper WIMP detector, capable to compete for the final decision TM issue.

The importance of such a detector is huge: current located deep underground (eg, thickness of the Antarctic ice), suffer from a number of technical problems; The main thing – there should be a lot, but they d o horns. In general, ground search TM is not moving as fast as we would like.

Not all ways to search for dark matter is equally beneficial for health … However, the military, for some reason, a similar setting may well please. (Exhibit A. Drukier.) 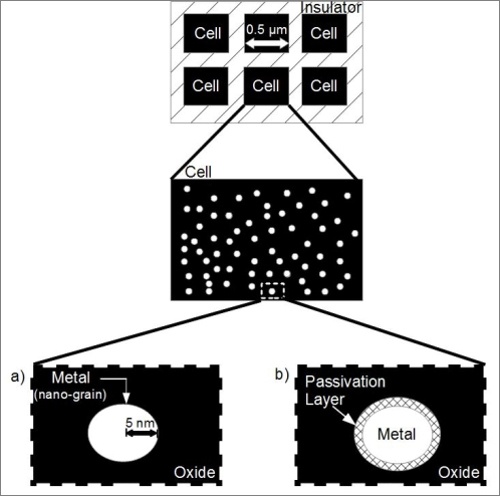 What is the difference options, announced Mr. Drucker & Co.? The first of these scientists propose to introduce nanograin metal in mineral containing significant amounts of oxides. When WIMP dark matter from the wind, blowing through the Earth , the ball hit the metal that heats up sufficiently to start the reaction with the oxide and initiate the combustion process … very similar to walking with ignited termite . You say that the comrades in childhood did not have time sufficient to undermine camodelnyh explosive devices? It’s not so dramatic.

“Such things are not dangerous sparklers or puncturing a balloon” – Katherine Freese consoles (Katherine Freese) University of Michigan (USA), one of the authors. Indeed, nanograin too small to start a large-scale combustion reaction. But you can be reliably distinguish WIMPs from Cosmic Background Radiation: the latter will be more powerful, why would explode several pieces of mineral grains with metal, while one WIMP initiates burning only one unit of “thermite detector.”

But not all are optimists. “If you have a ton of explosives, it’s too risky. Or not? “- Says Andrzej Drucker. In theory, of course, the detector does not have to give a mini-explosions result in a chain reaction, but “if we make a mistake in this, then seriously mistaken,” says health researcher. That’s right: WIMP detectors must be very large and massive. In fact, it will be about cars … no level information thermite mixture. It remains to console ourselves that coined until the detector in which the WIMP would cause a chain reaction collapse of heavy nuclei …

The second work of the same band on the same topic temnomateriynuyu looks like not such a “dangerous”. Alternative detector uses enzymes – molecules that play a role as catalysts of many chemical reactions inside living organisms. Enzymes similar to the explosives and the like that can give a lot of heat for random interaction with WIMPs, but fortunately, if they got too much from the collision energy, the molecule of the enzyme simply disintegrate, not allowing the reaction to go too far.

Group Mr. Drucker offers frozen block of hydrogen peroxide and water with enzymes and metallic nanoparticles. While blocks remain frozen, nothing happens, but as soon as the wind of the WIMP dark matter, presumably blowing Earth dissipate on metal, its energy locally melt the ice, then enzymes “meet” with liquid hydrogen peroxide – and begins to produce gas. The latter will effectively destroy the ice, creating noise, suitable for recording microphones. Unlike the Spartan-veche voting sources and intensity noise in such a system can be accurately measure and locate that allow relatively accurately recorded TM “blow.”

Now both devices – just an idea, and Andrew and his friends are not going to build tomorrow huge arrays of thermite or ice blocks. However, the idea is quite interesting: electronics such detectors at least you no germanium or similar on the “cheapness” of xenon and sensitivity should not be the worst. By the way, the authors note that in a similar way you can search for hidden weapons of mass destruction – for radiated them neutrons. “I do not think that’ll get the money for the study of dark matter, but I’m pretty sure that restful sleep homeland give money” – realistic-pessimistic scientist concludes.