Why not burst credit bubble in China? 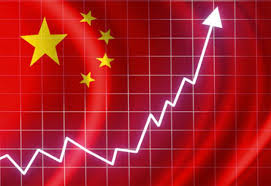 If you look at the list of major products traded on the exchange, we can with certainty say that the prices are controlled by the major investment banks. However, the list of goods that are used for financial manipulation is actually much wider than it seems at first glance.

And the bulk of these operations are so-called “hot money” floating in China. Money , which by the way are not reflected in the official records on foreign direct investment .

The most famous commodity market instrument that was used as collateral in China, is copper. But the deal with copper on the recent developments with the company’s default is not in the spotlight. Despite repeated warnings from the People’s Bank of China , Chinese companies continued this risky game . Moreover, they have expanded their list of tools , utilizing highly exotic goods . We should highlight : soy, palm oil, rubber , zinc, aluminum, gold and nickel.

Note that active distribution operations with these commodities as collateral received last summer, when the interbank market of China reigned true credit crisis – rates soared to unprecedented heights. One only hint at reducing asset purchase program by the Fed then nearly wiped out half of China ‘s financial system . But it’s not about that.

What changes have occurred in the last year in the financial market of China? Now almost every hard asset used for maksirovki inflow of “hot money ” in China . And the purpose of these operations – making a profit from the difference in rates between the yuan and the dollar.

At first glance , the Chinese authorities this time are not going to be limited to warnings. They will blow away the resulting credit ” bubble.” First signs of a struggle with the transaction described above is already there. Apart from the fact that the regulator finally defaulted , the authorities decided to weaken the national currency and expand the corridor intraday fluctuations . This will seriously complicate life speculators .

In particular, in one of his recent review by Goldman Sachs writes that regulators failed to weaken the yuan, to increase its volatility , which ultimately will reduce the inflow of hot money into the country.

You can even make the assumption that the day when financing through products in China comes to an end , not far away. A turning point in the life of China‘s financial market will be just recent default of Chaori Solar.

But there are factors that do not allow the authorities to fully deal with this problem . More about that.

The recent collapse in the price of copper and other metals associated largely just a concern of market participants regarding the further promotion of Chinese history and collapsing commodity operations . Although fundamental factors discounted not worth it.

However , Goldman Sachs believes that while the profitability of commodity transactions remains high . Although June increased volatility difference in interest rate is still substantial. The truth is worth considering that the U.S. remains a risk of growth rates in the future coming years. Once these prospects will gain more practical features, followed by a large-scale liquidation of positions in commercial transactions with all its consequences . But then again, this is still far away.

Decrease in the price of copper could be associated not with the closing of commodity transactions , and with the increasing offer metal in the world . Moreover, other products , such as nickel and zinc , which are no less involved in financial transactions , lost in the price much less than copper , which causes a contradiction. Also worth noting is that in the case of collapse of commodity transactions in customs copper prices in China have experienced growth. And on the LME futures curve would be turned into contango situation , but she remained in bekvardatsii .

Summarizing all the above, we can assume that the Chinese authorities are not ready to pull the plug completely similar transactions. Primarily because such a move could have serious negative consequences for short-term liquidity in the Chinese system . And the country’s economic growth is largely supported by foreign investment, and “hot money” is no exception.