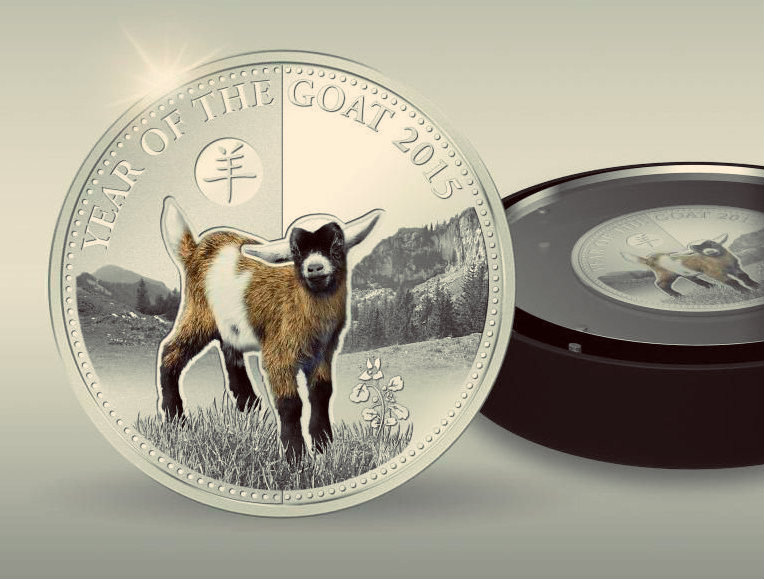 Private German company «GEIGER Edelmetalle» made by order of Benin unusual coin. At its creation used the concept of “tactile” offers consumers know the object through tactile emotions. By design, the coin of its main character – a little kid – “clothed” in woolen clothes.

The idea is certainly interesting, but the question arises, who will get a coin from the capsule and touch it without worrying that the coin is stained. Anyway, this numismatist who appreciates and cherishes his collection, this will not do. But, as a unique exhibit for the collection, purchase a coin is worth. Especially because the coin released edition of just 2000 copies.

The obverse is located right in the center of the coat of arms of Benin, and on the shoulder legend goes – “1000 FRANCS CFA”, «REPUBLIQUE DU BENIN».

The reverse of the coin designers have put a little kid on the background of wool wildlife in monochrome colors. Over the kid in the ring engraved Chinese character «羊», meaning sheep.

It is worth noting that in the West the new year is called year of the Goat, and in China in 2015 – the year of Sheep. Over a woolen animal semicircle stamped inscription – “YEAR OF THE GOAT 2015”, and along the border placed point circuit.

Tags: coinnumismatistYear of the Goat
ShareTweetPin