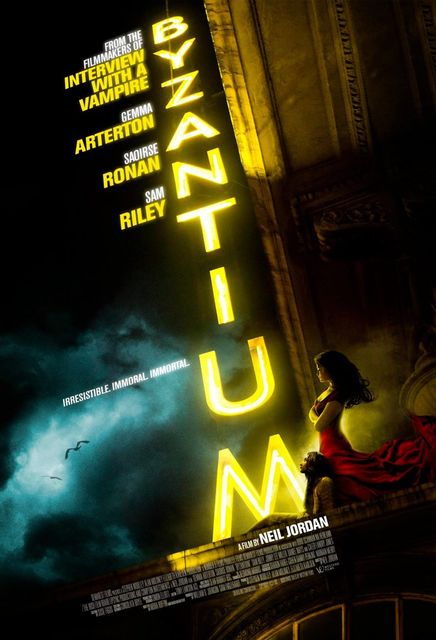 In an autumn Hastings, Clara prostitutes to keep herself and her daughter Eleanor. One night she goes to a customer, Noel, to which the mother has bequeathed to us a rundown hotel: the “Byzantium”.

Clara takes the opportunity to seduce Noel and transform the hotel into a brothel, recruiting girls on the street. The problem is that Clara and Eleanor are two vampire, 200 years old, hunted by their brothers of the Brotherhood, a fraternity exclusively male who sees their existence as an aberration.

After inflation film and pseudoletteraria the last few years, it seems difficult to deal with the myth of the vampire proposing something that does not result grimly derivative. So far, the company was only able to Tomas Alfredson with the superlative “Let the Right” (2008), pedantically redone by Matt Reeves, while the rest of the scene left a lot to be desired.

Even the most publicized among the last to arrive, “Kiss of the Damned” (2012) of the trendy Xan Cassavetes, turned empty rimasticando stereotypes from the 70s exploitation; and if you wanted to avoid the recyclages or straight-to-video was much more advisable to move towards a television series like “True Blood.” 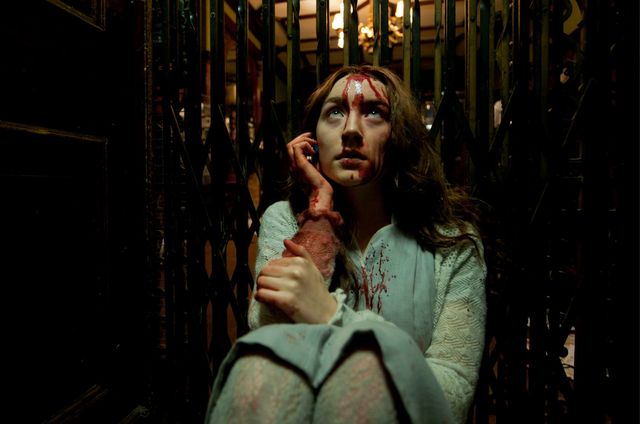 Waiting for the last Jim Jarmusch “Only Lovers Left Alive”, where vampires, however, announce themselves very “cool”, intellectuals, and of course “metaphorical”, is therefore very welcome the return of Neil Jordan’s themes already visited in 1994 with “Interview With the Vampire, “happy adaptation from the novel by Anne Rice. It ‘true that you can not really say that the last labors of Jordan, most notably the successful “Ondine” (2009) with Colin Farrell, have gained the interest of the public or critical acclaim as the era of’ gold of “The Company of Wolves” (1984), “Mona Lisa” (1986) or “The Crying Game” (1992); expectations were therefore limited, since moreover adaptation of a stage play, “A Vampire Story” by Moira Buffini, screenwriter already the latest version of “Jane Eyre.”

And instead of “Byzantium” does not deserve strong criticism Anglo-Saxon, and is a further important element of the universe and Gothic fable of the Irish writer and director, enhanced by specific literary allusions and figurative. But more than a vampire movie “Byzantium” is a metaphor about the power of storytelling, on the strength of the writing and the stories as the master key to understanding ourselves and the world around us. Narrating his story, first in loose papers entrusted to the wind, then in a real notebook, Eleanor Webb consolidates its identity, reaching full self-awareness. Always through the story, Eleanor come to overcoming the unique relationship that binds to Clara, realizing their autonomy.

Inverting the well-known axiom of Wittgenstein, the protagonist tells just what “one must be silent”, although this is likely to endanger his own life. Never mind that his story, as it should since the dawn of the nineteenth century, is abused by feuilleton material with a lot of officers of the Royal Navy who initiate innocent girls into prostitution, gloomy orphanages to Charlotte Brönte or tuberculous to Dumas. The flashbacks, with their paraphernalia from melodrama, and have an elaborate baroque frame to the dismay of the contemporary world, a panorama composed of desolate amusement park on the beach, theories of beached boats, subways and hospitals where they practice euthanasia consenting to the terminally ill, tearing their artery with the thumb nail; Stained a frieze of figurative references (“The Island of the Dead” by Arnold Böcklin) and detailed literary references.

Augustus Darvell is indeed the protagonist of a story sketched by Byron, Polidori based on which to develop the first complete narrative materialization of bloodsuckers, Lord Ruthven of “The Vampire”, who was also present in the film. That said, the vampires of “Byzantium” is significantly different from the tradition: do not fear the sunlight, do not feature more or less retractable fangs nor can create other vampires feeding them with their blood. Jordan and Ruffini seem to have been inspired by the “Neamh-mairbh”, the undead of Irish folklore.

The screenplay adopts an all-female point of view, condemning the obtuse patriarchal misogyny of the members of the Brotherhood, a faction only male, which forbids women to create other vampires.

The topic is challenging but very little depth, even if it finds a perfect counterpoint in the sequence seen by Eleanor on television, that dell’impalamento Helen, too much like a gang rape, at the hands of Father Sandor and monks from Kleinberg ” Dracula, Prince of Darkness “(1966) by Terence Fisher.

Neil Jordan relies on trucks and languid camera movements that have exhausted the preciousness of an arabesque turn of the century, with the overwhelming musical accompaniment of music by Beethoven, Chopin and Debussy. Yet, despite the pagan waterfalls of blood from the symbolist flavor and voluptuous beheadings, aestheticism never becomes calligraphy. Unexceptionable Saoirse Ronan, whose melancholy radiance illuminates the Pre-Raphaelite film, and the energetic and sensual Gemma Arterton in the role of Clare.

Their male counterparts, the Darvell Sam Riley in leukemic Frank Caleb Landry Jones, are rather dull and faded, consistent with the assumptions of the script.

“Byzantium” is not “the son generated by the encounter between Poe and Mary Shelley”, as stated by one of the film’s characters, and lacks bite, but if nothing else, marks a return to happier phases of the career of Neil Jordan.