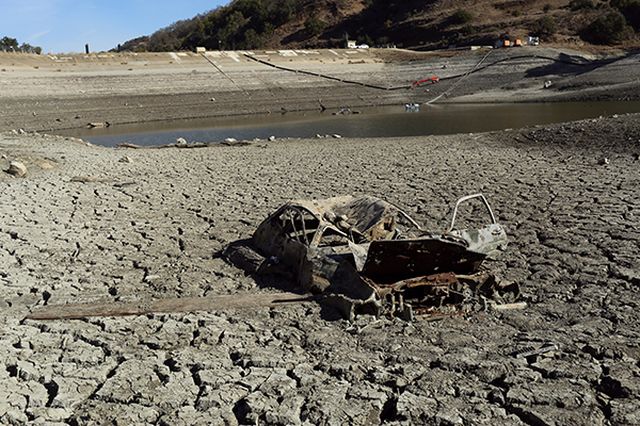 While the people of the east and northeast of the U.S. dig themselves out of the snow, on the Pacific coast was established unusually dry and hot weather. Most drought-plagued California, where on January 17 introduced a state of emergency. In local cities have started to save water, ranchers forced to sell livestock. According to the forecasts of meteorologists, rainfall is only expected in late spring. As a result this winter in California may be the driest in more than 400 years.

Dry and hot weather – basically normal for California, but mainly it comes to the summer months. Spring and autumn rainfall usually grows, and a key period for the State Water is winter, when the slopes of the mountain ranges of the Sierra Nevada and San Gabriel formed a thick blanket of snow. Spring snow thaws and the water flows into the valley, filling the large lakes and reservoirs, from which it subsequently draw as needed at other times. Along the way, winter precipitation nourish fields and pastures.

In 2014, snow fell in the mountains quite a bit. As of January 24, which leads the California Department of Water Resources, the most snow was on the southern slopes of the Sierra Nevada – 15 percent of the historical norm. In the north, rainfall was even less – only seven percent. In general, the state snow level did not exceed 13 percent of normal.

Same last winter, on the contrary, there was even more snow than usual. Vividly difference between January 2013 and January 2014 is visible on satellite images posted in the blog Cliff Mass Weather Blog hosting on Blogspot. Unlike last year, now look almost bare rock.

As explained by meteorologists, the snow does not fall zone of high pressure, stretching along the west coast of North America from Oregon to northern Mexico. Usually the winter resolves this front, but this year he stayed where he was, standing in the way of moist air masses coming from Alaska. As a result of moist air barrier walked north and south, and rainfall hit the Midwest, Northeast U.S., Canada and Mexico. California remained the same without snow.

Abnormally long presence of a zone of high pressure has another adverse consequence – is excessively hot weather. In Los Angeles, for example, where winter temperatures usually range from 10-20 degrees Celsius, this winter, it rose to 29 degrees – these figures were recorded in the period from 15 to 18 January. In colder San Francisco, where in January rarely warmer 14 degrees, 15 and 16 January, the thermometer rose to 22 degrees.

Current dry winter preceded by at least dry summer: on data San Jose Mercury News, for the entire 2013 in California fell a record low rainfall since 1850. As a result, much became shallow ponds that are considered the main sources of water for the greater part of the state, but because of lack of snow in the mountains to wait for their replenishment is not necessary.

According to data as of January 21, extremely dry weather was established almost 63 percent in California. As claims Meteorological Service Weather Underground, the last time such a severe drought in the state was only in 2000. According to forecasts, the situation will not improve until May, when the first precipitation expected loss.

According to analysts, the hardest hit by the drought farmers who take to irrigate fields up to three quarters of all water used in California. Already, many fields are left fallow, as they have nothing to water. Not better things on the ranch – their owners began to massively sell cattle and horses. Under normal conditions, winter animals eat fresh vegetation, which is sufficient thanks to the abundant rains. Now there was only the pastures withered grass, and have to be purchased to feed hay – many ranchers for such expenses are not counted.

Lack of water, heat and poor prognosis forced authorities to declare California January 17, the state of emergency. Basic assistance (ranging from soft loans and ending with increasing water) will be provided to farmers. In addition, special efforts will be spent on forest fires that this winter spread very quickly.

Even now, four months earlier than usual, in the cities began to introduce measures to conserve water. Somewhere, in Santa Clara County (includes one of the largest cities of San Jose) and Alameda, restrictions are voluntary. Inhabitants of these regions and the companies located there asked to spend 10-20 percent less water than usual. Sacramento city residents by limiting water use by 20-30 percent. In Marin County asked people not to wash their cars, or at least send them to a special ecological car wash, where the water flow is restricted.

Tougher measures introduced in the city of Santa Cruz. There forbidden to fill newly constructed swimming pools, and from ten to five in the evening can not be watered lawns. Threaten violators fined one hundred dollars. Restrictions touched and restaurants where water is usually supplied free of charge to every client. Now it will bring only those who ask for it.

In the largest cities in the state – Los Angeles and San Diego – the austerity measures have not yet entered. This is partly due to the already low water consumption, and partly – a perfect water supply. However, it is possible that the effects of drought in the end affect and there.

Despite the fact that the heat in California stands for the third year, much pessimism experts still do not show. It is possible that substantially reduced the agricultural sector, but the income from it are only around three percent of California. Basically, the state’s economy is concentrated in urban areas, where long ago learned to conserve water. New long-term restrictions, analysts say, will not get any disaster.

However, the state of the water supply system in need of repair and modernization, but these power projects could provide the funds for four years. Back in 2009, for these purposes in California were going to put special bonds for 11 billion dollars. However, fearing a backlash voters, issue securities repeatedly postponed. The situation could be repeated in the current year: this time is supposed to take 23 billion dollars. But California Governor Jerry Brown is hardly ready to take risks in anticipation of a possible re-election.

Democrat Governor caution is particularly evident against the backdrop of a campaign against him and that his party launched Republicans. Given that California – traditionally Democratic state, the Conservatives decided to collect as many points, using the discontent of farmers who do not have enough water. Republicans receive support from the top. California recently visited House Speaker John Boehner federal Congress, which sharply criticized Democrats for irrational, in his opinion, the distribution of water.

“When you come to California from where I come, can only shake his head and wonder what wild nonsense engaged in local bureaucracy” – Boehner collapsed on the governor and his subordinates. “Where I come, can never understand how people can be selected instead of fish” – the speaker inquired in response to complaints that the water is directed not at selhoznuzhdy, and flooding affected by drought conservation areas. Democrats, in turn, accused opponents in the hand rash promises, explaining that the environment in California is far more important than business interests. If you do not pay sufficient attention to natural draft, it may be a disaster, close to where the current drought will seem like child’s play, they say.

Emphasize the danger of hasty action, recent studies showing that in the coming years, California might have to be far greater deprivation than you would expect. According to Lynn Ingram (Lynn Ingram) from the University of Berkeley, 2013-2014 season may be the driest since 1580. Such a conclusion is made by studying tree rings, the thickness of which depends on the amount of precipitation. And when you consider that in the past periods of drought in the state would go on for centuries, experts may have to completely revise the prospects for the development of California. 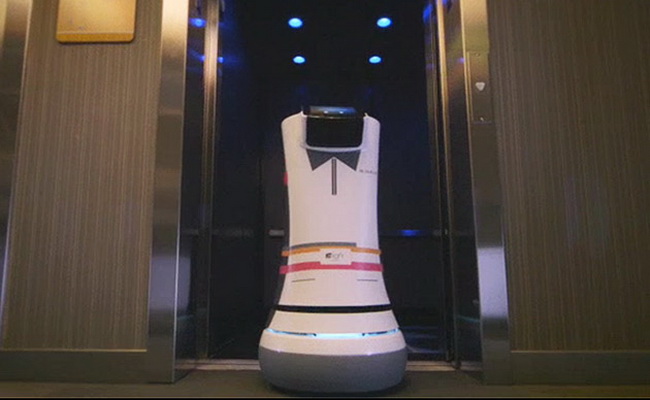 IN CALIFORNIA AROUND PEOPLE WILL BE SERVED BY ROBOT BUTLER