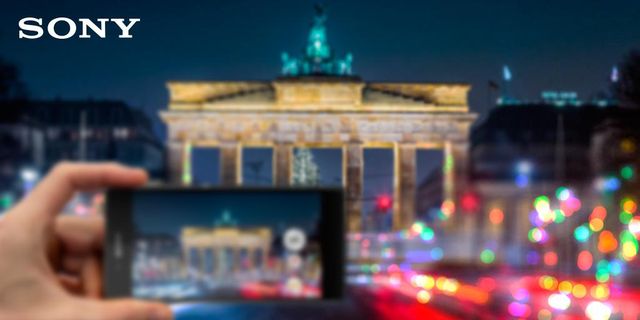 At the beginning of next month, Sony is going to announce a new flagship smartphone Xperia Z5 and Z5 Compact. And recently Twitter-blog of Sony UK had an interesting tweet, allowed to get an idea of ​​what to expect from the main camera of these gadgets.

And the main thing in this tweet was not the text itself, which promises a smartphone with an interesting focus and the teaser image, clearly alluding to the fact that the flagship Xperia Z5 family will use a hybrid autofocus.

Moreover, this feature is characteristic not only for full-size Sony Xperia Z5, but for a more compact smartphone Xperia Z5 Compact. Indeed, judging by the size of the phone in the foreground teaser image, it is shown last gadget.

And here we should recall the mid-level smartphone Sony Xperia M5 with an unusually fast hybrid autofocus. But this machine has a cost of only $ 400. What do expect from high-end Xperia Z5 and Z5 Compact?

Let’s hope that in addition to a powerful autofocus smartphones Xperia Z5 will receive not only an updated camera software, but the new sensor Sony. The official announcement of Sony Xperia Z5 and Z5 Compact will be held September 2, 2015 in Berlin.