Centralia: like a ghost town dies a second time 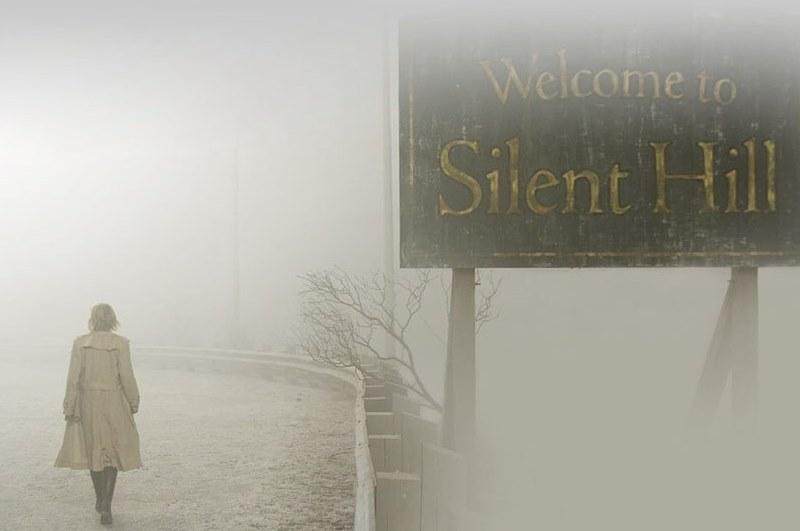 Pripyat, Hiroshima, Epekuen – thanks to many tourists dead city suddenly got a second life. But the fate of the famous prototype of Silent Hill, the town of Centralia, Pennsylvania, even more incredible. Today we’ll show you how he is experiencing the second death. 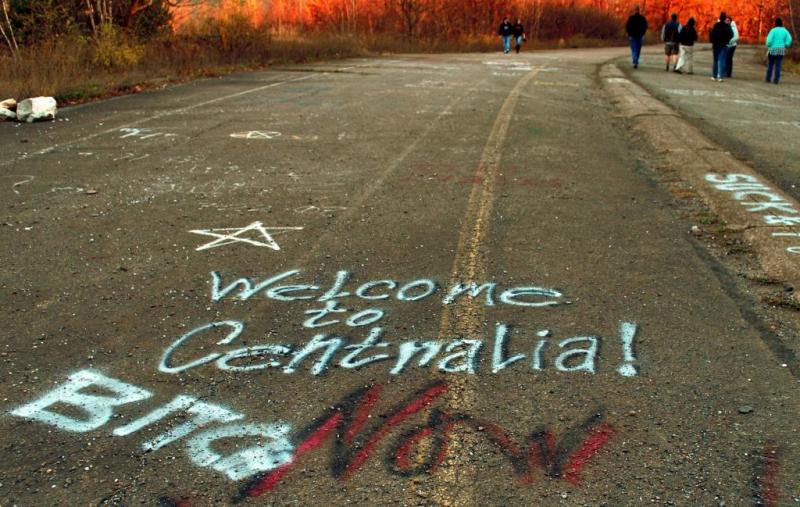 Story of a former mining town that became famous thanks to the cult series of games and movies Silent Hill, is hardly unique. Have its upper layer, which is made up entirely typical everyday conflicts, and there is another, deeper and far from modern realities, and that was the reason for the creation of the whole game world first, and then a few movies.

Let’s start from the top. It has a simple American workers, the old coal mine (and in combination – dump, which resets all the rubbish) and ordinary initiative of local authorities, are collected from volunteer fire brigades to peacefully burn accumulated over many years of garbage. But, as it usually happens in Hollywood movies, something went wrong, although not before the procedure was repeated one or even two times and did not cause any difficulties.

Conflagration habitually filled with water, but apparently not to the end, because a few days later the fire spread abandoned drifts – it happened in the spring of 1962. All subsequent attempts to douse the flames were unsuccessful. Fire saps the earth’s surface from within, calmly continued his relentless destructive activities. Cracks on the roads began to Centralia quite commonplace, as well as creeping over the surface of the smoke in places sinkhole.

For the time being the authorities managed to keep the situation under control, avoiding unnecessary publicity. But when in 1981 a huge crevice almost failed 12-year-old schoolboy, who was returning home (serendipitously saved his brother is next), it became clear that the urgent problem urgently need to do something. Authorities sifted through all of the options to solve the problem with devouring flames, flooding the tunnels before the burning of protective ditches around the perimeter, but bizarre shaft design did not allow to implement any of them.

It was decided to evacuate, and over the next three years, the government resettled almost all the inhabitants of the town of three thousand in neighboring towns. Despite the fact that in Centralia home to several families, who by all means defend their right to stay in their native land, the city officially has not existed since 2002 – it was then closed his postcode.

But this is only one aspect of the story about how the settlement, which is his best years had a well-established infrastructure and visible prospects of successful development, has developed into one of the many American ghost towns, casts lifeless and frightening at the same time attractive reality, frozen in time and space. If you delve into the past of an abandoned town, you can find interesting facts, misleading in ominous mystical jungle. Thus, according to one version, the cause of the fire was destroyed city McDermot curse father, a church minister of St. Ignatius. The fact that immediately after its founding in 1866 Centralia became the main venue for the activities of the Irish secret society called “Molly Maguayers.” According to some sources, they were real bandits, unscrupulous cruel inhuman monsters that organized in those early years, a series of dangerous arson and murder. For another, they helped the miners and hotly defended the rights of the simple working class.

Whatever it was, among the victims of “Molly Maguayers” number of direct founder of the city engineer Alexander Ria and the same father McDermott, who, though survived after meeting with them, but right during Sunday services imposed on the central curse. In his fiery speech and bile mentioned big fire that would destroy drowning in sin city. Anyway, but after about a hundred years old curse “Burn in hell you all” come true. And, as we see, the mystical background of the disaster is much more interested in creative people than mundane story about bad braised debris. In the world of Silent Hill was a place of secret orders, and a curse, and other parts of the dark past sunk into oblivion mining town.

On the question of how to get to Central, is the only correct answer: through the nearby town of Ashland, became the new home for many of its former residents. This place also has a glorious past of the miner, as evidenced based at the old coal mine interactive museum where you can take a look at has not changed since the middle of last century train for transporting trolleys, hold in your hand chunks of coal that was mined here once workaholic -workers, or go on a special train into the depths of the mine. There is in this museum and direct mention of Centralia – pretty comfortable stand devoted victim city. However, located on the photographs is nothing new to your idea of ​​Centralia will not add – most of them have long since walking in the network space. Therefore, it is better not to waste time and go straight to the mist shrouded ghost town.

Highway passes through the city, striking in its gloom: a hastily patched asphalt, single wooden poles conductive nowhere and unknown to anyone. And in the nearby woods can find many interesting things from rotting cars literally falling apart from senility, and ending with creepy dolls, hung on the bare trees and shrubs. All this greatly inflame the situation and casts are not very good ideas that have yet to see in this Mecca of extreme tourists from around the world.

And see out there today, and virtually nothing – just lazily flowing from the land of smoke, symbolizing the word “death” and “despair”, and asks the publication in some hopelessly dull pablik one of social networks. From the city literally remain the same name: almost all buildings were demolished, and some similarity life today signaled only Greek Catholic Church of St. Mary and a couple of houses in which attain the age devotees hometown people. However, any communication they refuse flatly. On homes – signs “do not give interviews.”

Also on the outskirts of Centralia somehow survived a garage where cars are fire and ambulance, as if ready to break up and leave on the first call. The same siren from Silent Hill that makes the heart contract and covered with goose bumps, is here. It’s hard to believe, but it works correctly, even though the thick layer of rust and dirt. But that’s who send her their alarms? The question hangs in the air as well as pervasive here throughout the haze.

Tourists visiting Centralia, claim to have seen many ghosts here, but direct evidence of their words, of course not. It is said that one of the four city cemeteries, which probably looks more alive than all other locations of the abandoned city, ghosts, more likely, but in the pictures they somehow stubbornly unwilling to appear. But what really can be seen at local cemeteries – is an unexpectedly large number of tombstones with inscriptions in Russian. In Centralia once lived many Russian emigrants.

In general, Sprinkle ashes and fog – brand attributes of Silent Hill – Centralia impossible to see. And thanks to the efforts of the authorities to demolish houses and real apocalyptic underground fire is not so impressive – smoking crack much more colorful looking surrounded by abandoned homes, rather than in the open field. Plus a few years have passed since the tragedy, plus a decline in the popularity series Silent Hill – Centralia second life, presented her stream of tourists, slowly but surely disappearing.

However, and what remained of the city, would be enough to feel a tremendous negative energy, impregnate the local place, and once again think about how our world is still unstable if from life to death in it – literally one step. Specifically, developers of the new game series Silent Hill would not hurt to re-visit Centralia. Who knows, maybe the only thing that can help return them inspiration and a stagnant franchise and dying ghost town – to give new life.