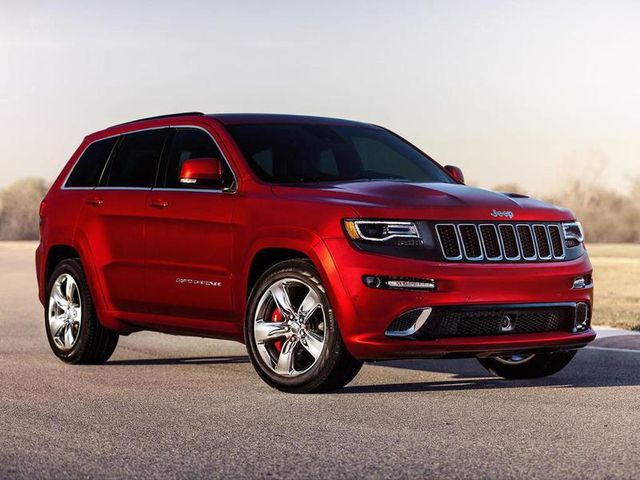 In the Jeep is not going to part with their most powerful model – Jeep Grand Cherokee SRT has recently gone through a restyling and was even more impressive 475-horsepower engine. But in the name of an abbreviation SRT sport utility vehicle may lose.

Brand SRT, while former independent sports division as a part of the group Chrysler, back under the control of the company Dodge in the spring of this year. It is possible that in the Dodge plan to make the famous abbreviation exclusively own prerogative. Anyway, rumored to be in Jeep going to start a new name to refer to the “charged” SUVs.

At the disposal of the portal Allpar were documents confirming the company’s application for registration of the new Jeep name Trackhawk. It is not by chance that seems familiar: in models and  Jeep Grand Cherokee is a modification, called Trailhawk. This name denoted execution, the most thoroughly prepared for the terrain. Thus, some experts suggest that the word Trackhawk in Jeep suggest to call sports utility.

However, official confirmation of the fact that the Jeep going to abandon abbreviation SRT, yet. It is possible that the name Trackhawk will play in the model lineup Jeep the same role that the S-line on Audi or M Performance – at BMW.