In Chile, Pinochet arrested a security guard, instruct the staff of the concentration camps 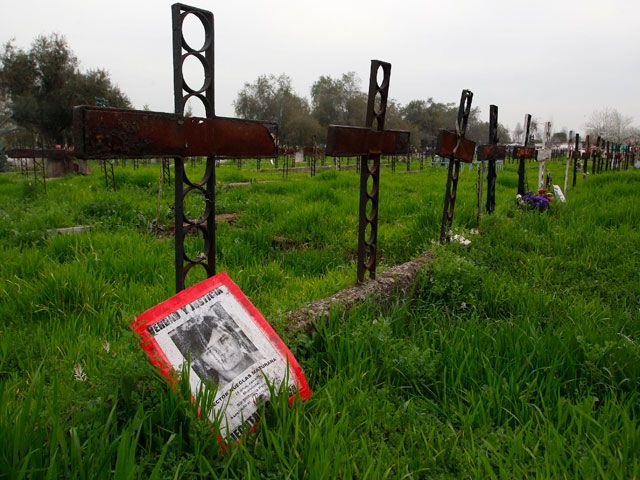 Former bodyguard of Chilean dictator Augusto Pinochet named Christian Labbe was arrested, according to The Guardian . Despite the open support that Labbe expressed against Pinochet (he was one of the main organizers of rallies against the conclusion of the dictator under arrest in hospital in 1998), his political career will not suffer. In 1996, he was elected head of the metropolitan municipality of Providencia – a position he held for over 16 years, leaving him only in 2012, after losing the next election.

According to investigators, Labbe is suspected of involvement in the kidnappings, torture and killings of civilians during the dictatorship of Pinochet’s 1973-1990. After the overthrow of Pinochet’s bodyguard managed to prove that he is not related to the crimes of the regime because of his responsibilities included only the protection of Pinochet and his family members. This allowed Labbe quietly build a political career in the commune, simultaneously speaking in support of the Pinochet policy.

Things started to change only in 2013, when the book was published the famous Chilean journalist Javier Rebolledo “Flight of ravens” , telling about the period of the dictatorship. Although he Rebolledo was born in 1976 and the fall of Pinochet met 14-year-old teenager, he spent a lot of time to visit the “death camps” and meeting with their guards and victims, memoirs which form the basic material of the book, bringing a new look at the role of Labbe the events of that period.

According to the testimony of many witnesses of the infamous camp Tejas Verde, Labbe did not personally involved in the torture and executions, but instructed the camp staff and the general was there for the main – as a particularly approximate Pinochet to face. The main witness for the prosecution may be a rookie Samuel Enrique, memories of which are also in the “Rise of ravens.” According to him. Labbe is not only in charge of a concentration camp, but was at the forefront of Pinochet’s secret police, which killed more than 3,200 Chileans. However, the lawyer of the arrested Cristian Espejo continues to insist that all the charges are fictitious, as his client was not involved in illegal activities. “All his fault that he then served in the army,” – he said after his arrest Labbe.

Meanwhile, the arrest of former associate of Pinochet was another blow to the right-wing Independent Democratic Union (NDP), of which the Labbe, despite the fact that she’s already going through hard times. Now the party is in the center of a corruption scandal, dubbed “Pentageyt.” Several mayors of communes were suspected that at the conclusion of a contract with Penta Company to have their campaigns were going to tax returns compiled incorrectly or falsified. As a result of the policy with the company entered into a criminal conspiracy to commit tax evasion, which is punishable by law, according to Chile News in English .