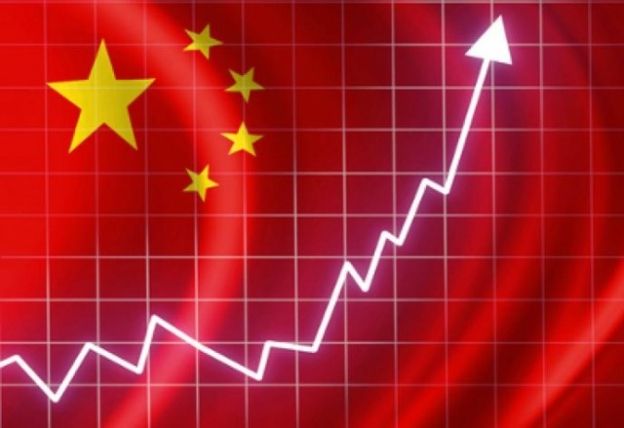 China plans to build an airfield in Antarctica to advance their research and exploration projects. The new facility will be located near the second Chinese research station “Zhongshan” and used to deliver the goods on her and three other research stations of China, located in the continent, the newspaper Global Times referring to the Chinese edition of Beijing Evening News .

Details of the construction of the future – the length of the runway and aerodrome capacity – not yet defined. Attention Beijing to Antarctica is explained large reserves stored in the ice of its energy resources needed for a rapidly growing Chinese economy. Apart from Antarctica, in the sphere of interests of China and enters the Arctic.

Currently, delivery of goods made by China to Antarctica on water. For this, the PRC uses icebreaker “Syuelun” (“Snow Dragon”), bought in 1993 from Ukraine.

However, the melting of ice caused by climate change, slow down the speed of shipping. At the same time increase the risk, Chinese experts explain. According to their calculations, air transport will increase the transport efficiency and, therefore, will help accelerate the research of China at the South Pole.

China conducts research in Antarctica since 1984. First Chinese station “Chanchen” (“The Great Wall”) was opened in 1985. Then came the station “Zhongshan” (1989) and “Kunlun” (2009). In April 2014 explorers discovered the fourth Chinese scientific station “Taishan”.

The researchers also identified a fifth place for the construction of the polar station. China plans to build its the end of 2015 near the South Pole in Victoria Land. Unlike other Chinese stations it will be a year-round.

According to the settlement agreement on December 1, 1959, Antarctica is a continent politically neutral, which can not belong to any particular country. However, some states are trying to make territorial claims on various parts of the continent, writes “Arguments of the Week” .

China to those not there yet, but the authorities are investing in the development of the Antarctic colossal funds transfers “World Travel” . This is not surprising, given the “fabulous wealth”, which, according to scientists who lurk in its ice.

It is believed that Antarctica has huge resources. According to the statements of polar scientists, in the depths of the continent are concentrated rich sources of oil, gas, precious metals, coal and charcoal. Prospected deposits of iron ore; found traces of copper ore, nickel, lead, zinc, molybdenum, rock crystal, mica, graphite. Recent geological surveys found on the White Continent even uranium. It is also important that Antarctica is the main repository of freshwater on Earth.

Mining and even exploration on the sixth continent while banned so-called Madrid Protocol, adopted in 1991. Often, however, such work is carried out under the guise of authorized research, writes Neftegaz.ru .

It is possible that later in connection with a possible deficiency of various types of natural resources, the established international rules may change. And you have to be ready, say “Arguments of the week”, recalling that the United States has announced plans to hold a trial production of crude oil on the icy continent in 2020.

In addition, new technologies are entitled to talk about the development of deposits in Antarctica. The icy continent has become noticeably warm up. Nedra become available.

China has more ambition and arctic

Another resource-rich regions, and falls into the sphere of interests of China (as well as many other countries), is the Arctic, on the natural resources which are calculated several states, including – Russia . For a long time in this issue of China adhered to the position of an observer, says , “Oil of Russia” .

All statements regarding Beijing this region relate mainly to the environment – in particular, the impact of melting ice on global environmental and economic situation. However, many Chinese scholars have argued that China needs to expand the sphere of interests, developing Arctic research.

Later, however, several facts have shown that Beijing seriously interested in the Arctic. According to observers, is behind this for several reasons. The first – the desire of China to play a significant role in addressing global challenges, the second – the natural resources.

It is assumed that the Arctic region is not less than 10% of the world’s undiscovered oil reserves (90 billion barrels) and 30% – gas (0.5 trillion cu. M), as well as large deposits of minerals. For the industry, but virtually devoid of natural resources in China is important.

In addition, China has another motive. Experts indicate that melting ice contributes to the opening of the shortest sea route traffic – north aisle. When it runs, it will become the new “axial sea route” between the Atlantic and the Pacific Ocean. And, according to scientists, the one who controls the Arctic route will control the new corridor in the world economy and international strategy.