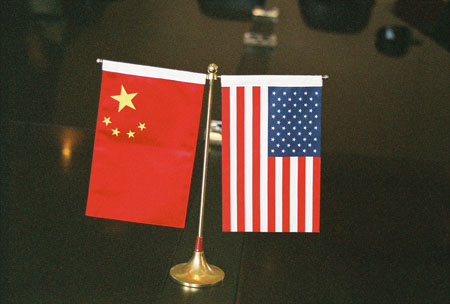 Pentagon chief Chuck Hagel on Saturday made ​​sharp statements against China, which inflames tensions and destabilize the situation in the disputed waters of the South China Sea . China has called it ” unacceptable threat ” and stressed that they were made in the presence of defense ministers , diplomats and security experts who took part in the annual summit of the Shangri-La Dialogue in Singapore.

Hagel , speaking at the summit , said that the U.S. ” will not look the other way ” , while China would violate international standards and agreements. According to him, China’s inability to peacefully resolve this issue threatens to ” long-term stability ” in the region , and military threats are unacceptable , reports AP .

Deputy chief of the General Staff of the Chinese Wang Guanzhong Chuck Hagel called the statement unfounded. ” His speech is full of arrogance , incitement , threats and intimidation . Statements is not constructive , offensive and also made ​​public. These accusations are baseless and uncaused ” – quoted Chinese military RIA “Novosti” .

Deputy Chief of General Staff also noted that the summit primarily aims to promote dialogue on regional security issues between governments , with groundless accusations against China are not allowed.

According to the AP , the media was removed from the conference before reporters could hear the answer Pentagna chapter .

Earlier, Japan’s defense ministry said the Chinese Su- 27 Russian-made swooped on a dangerous distance of 30-50 meters to the Japanese YS- 11 aircraft in the area where the two countries announced intersect air defense zone .