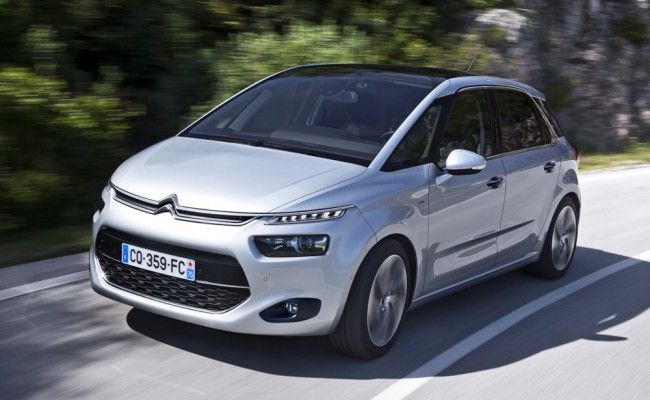 Lovers of French – for you here all the usual. Others – already close their mouths!

To date, the old man Picasso paintings – most stolen in the world. Unlikely new Citroen C4 Picasso will enjoy the same popularity among repeat offenders, and they are not interested in the former more masterpieces Tsereteli. But one thing I know for sure whether this Citroen picture, I’d hang it in the living room. No, really: to what he’s good! Knowingly Frederick Soubirous that “le designer” gets his salary. Well, who is not French, today released the most beautiful cars in the mass segment? The Germans? I beg you … Japanese, Koreans, Americans? Uh-huh. And then – that’s not a model, then the “Nude, Green Leaves and Bust.” Masterpiece.

With a design all clear, and the rest as? Let’s end with: the trunk. Then you and the electric gate, and 537 liters for the goods and chattels, and the second row, in the retractable floor. A little? Take a flashlight and removable tryndit – great rack! Toyota Verso, for example, has less than a hundred liters. 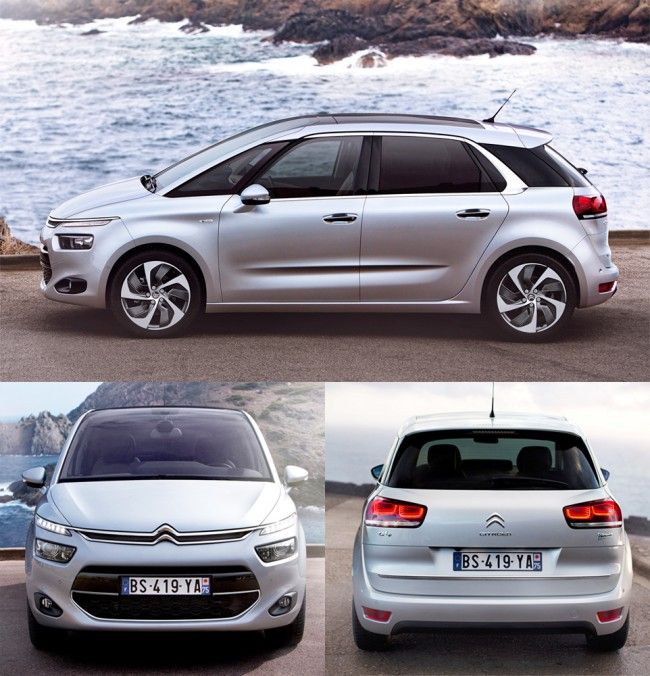 In the second row all rank by rank: flat floor, folding tables with lights, the longitudinal position of the three sidushek regulated separately. Places – bulk: Citroen C4 Picasso became less across the board, but its wheelbase added 57 mm. Want more passengers please? Kindly on the panoramic roof fork. But windshield with “bald” – fun free for all versions. Pulled the curtain – and increased with an overview of the front seats up. Functionality zero, but fun. But in the absence of illumination zerkalets visor – Epic Fail. I somehow survive, but argue that the girls do not like it? 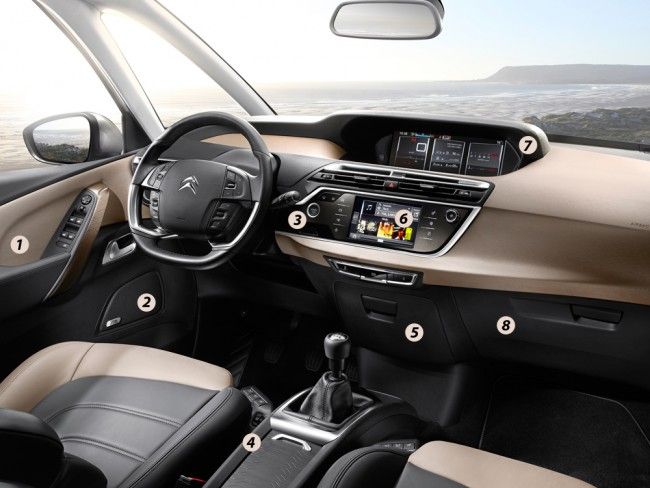 But they like the front seats. How to sit any beauty but how Jad massage – immediately forgets about the backlight. Checked. And the navigator’s seat retractable ottoman also etsya IME. Lepota! Say distracting bling? Hell: the front seats have a great relief and optimal sizes. In such sit down comfortably and flexible “girl on the ball” and plump “woman running along the beach.”While folding, like airplane seats, sidewalls lovnikov preparation – it’s too much.

“Too”, and new media with a 7-inch touch display – the standard for all versions of Citroen C4 Picasso. Not only that the French loaded it almost all secondary functions and responsiveness her no more than a nurse at the front desk. How much time do you need to write to the therapist? It’s not fast, I tell you. 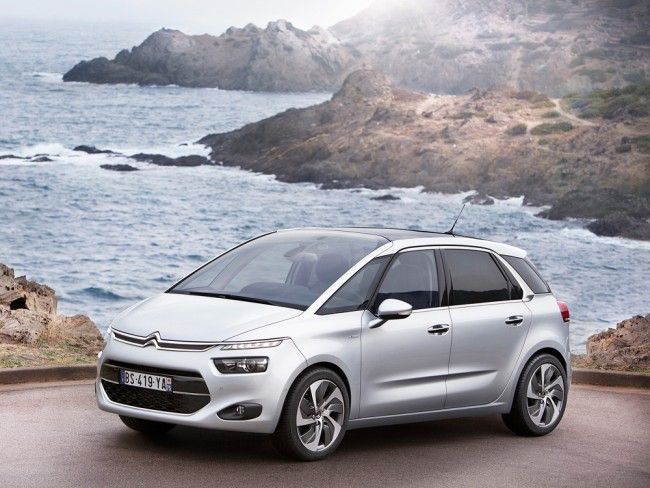 And now the most important thing – or rather, the bad news. At Citroen C4 Picasso for three engine. That’s cool turbodiesel: lightweight, high-torque, quiet – well, pretty boy, really! And like he was worth a total of 115, but 270 Nm traction will not get bored. However, all these praises and traditionally can easily push into the mouth of a 6-speed robot ETG. According to the most centralized. For more intense pedaling, the clearer pecks during gear changes. Love ignite? Brace yourself, your passengers will soon make the characteristic “bue-e” on the interior trim. For nearly 800 miles behind the wheel of the robot with a box van befriend me and failed. And then there’s the suspension settings – well, essentially strange to kompaktvena. On the minutiae Citroen C4 Picasso frightened shudders and easy movement of the wheel shies. Hey there, in France, you do not mistake?

Managed to ride and petrol “one-and-six” 120 forces. Suspension – heaven and earth! Smooth progress – above all praise, but … In the aggregate pair mate in the elderly engine – only as a middle-aged 5-speed manual. The same one that moves with huge and awkward ratios. Already at 110 km / h curve of the engine is such as if a vacuum cleaner under the hood “Whirlwind” sucked curtain. After 10 miles I wanted to get back behind the wheel of a diesel engine with a robot.

So the best option is to recognize with the top 150-strong 1,6 Turbo: he and suspension with “petrol” settings, and automatic classic. And is it worth it to 30 850 $. 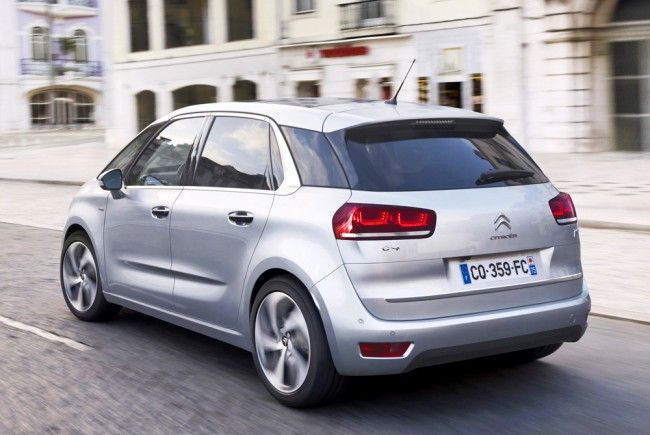 Taki that the bottom line? Citroen C4 Picasso was a genius. Citroen makes great cars. French diesel best in class. Box ETG6 … A thousand devils! Well, when these guys throw it to the French to pigs?Excuse me, escaped. Nice to get a van. Wish diesel engine on robotic stilts helpful.