We will have a competitor Infiniti sports models BMW 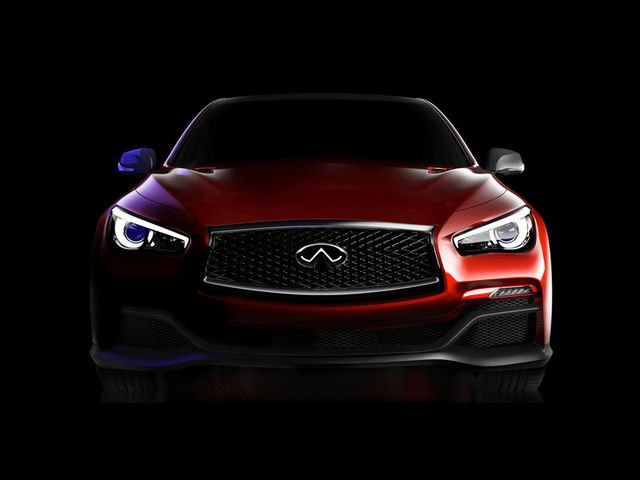 Company Infiniti is already working on some kind of a two-door model, which will be positioned as a competitor BMW 4 Series. However, under certain conditions, one of the versions of this coupe can borrow power set of the supercar Nissan GT-R.

Work on the new model is already underway, and Infiniti will present its new product within the next year. This was creative director Shiro Nakamura said edition Top Gear. According to him, the coupe will turn slightly larger than the BMW 4 Series, but less than the Bavarian “six”. “As you know, our cars are always positioned in size between the models of BMW. Example, Infiniti Q50 sedan more than the 3 Series, 5 Series but smaller,” – said Nakamura.

Apparently, the novelty will receive the index Q60, but official confirmation of this yet. Has not received regulatory approval and the draft of the “charged” sedan Infiniti Q50 Eau Rouge , which exists so far only in the rank of the concept. The project Q50 sedan supplied 560-horsepower engine of the supercar Nissan GT-R. However, according to the creative director of the brand needs own super-sedan, so the probability of the production series Q50 Eau Rouge is very high.

In this case, as stated by Shiro Nakamura, a similar powertrain can get and planned by the Japanese company coupe. Thus, the model number may appear Infiniti competitor BMW M4, which has become noticeably more power and a more spacious interior.