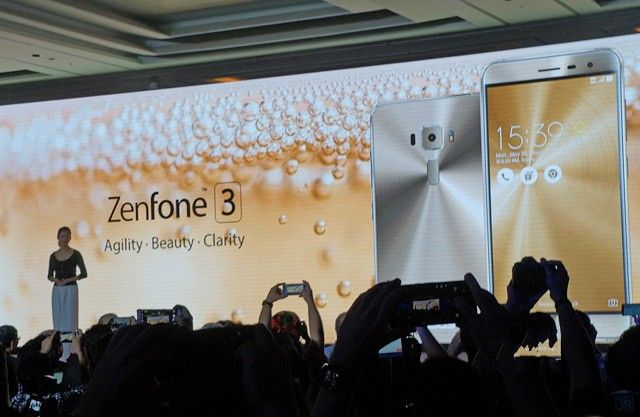 I enjoy ZenFone 3 line, primarily due to the fact that Asus does not try to “play” on the market’s flagship devices, and go in the middle segment, with the release there is quite a balanced decision, suffice it to recall the first two generations.

Let’s start with the design, in my opinion, it is substantially changed in comparison with the ZenFone 2, this applies to both the housing material and appearance in general. The body is now made of tempered glass, the appearance of the model has become stricter, there was as much as four beautiful colors. Fans of customization smartphone like a special version of the device with aluminum lids. I should note that the buttons on the side in this model was rejected and elongated element on the back cover – a fingerprint scanner. 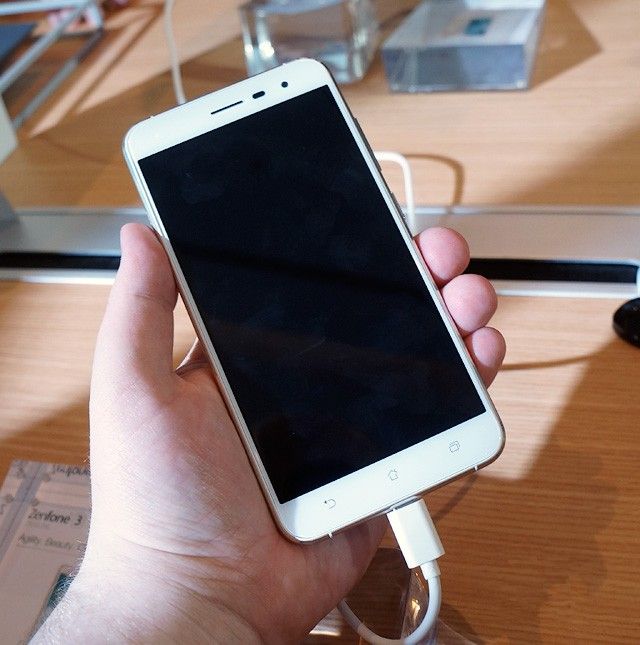 Screen size and resolution remain the same, but the display quality is improved, more talk about it in the full review, and even appeared 2.5D glass.

Pleased that the memory settings in the minimal version of the bundle increased to 3/32 GB. I think that undemanding users this is enough for the eyes, and if not, you can always insert the memory card, that’s true, it occupies one of the two slots for SIM-cards. Responsible for the performance middling Qualcomm Snapdragon 625, its power again enough for fast operation. I can not fail to note the transition to Qualcomm chipsets in the entire range ZenFone 3, in my opinion, this is the right decision, given that Intel has no plans to develop the Atom for smartphones.

It praised the camera and OIS-stabilization, there was even a separate stand, which showed how much better removes ZenFone 3 with jitter, unlike the iPhone 6s Plus. 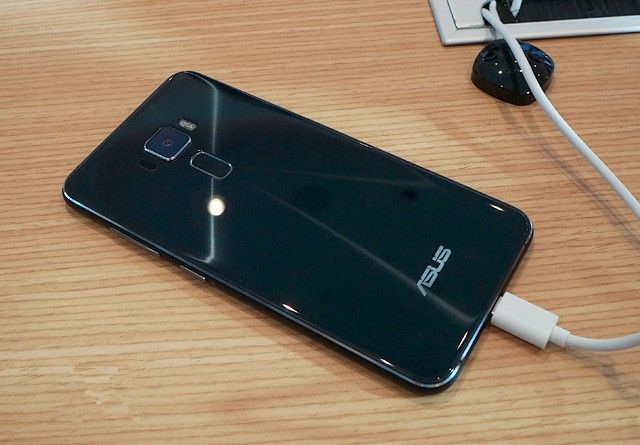 And now the best part – the cost of the minimum version ZenFone 3 will be only $ 250. In my opinion, this is a very good price tag, even with our high rate.

I do not know if you remember or not, but in the last review of the Deluxe version of Asus I cursed the fact that all the premium smartphone was the original back cover and large internal memory. At this time, the company decided to make the device a true flagship. Figuring out what it shows.

At Deluxe 3-metal body, while the company made a separate emphasis on the fact that no plastic rims, as in iPhone, not here. As usual Zenfone 3, the volume rocker on the left end of the back, where her best and stay. 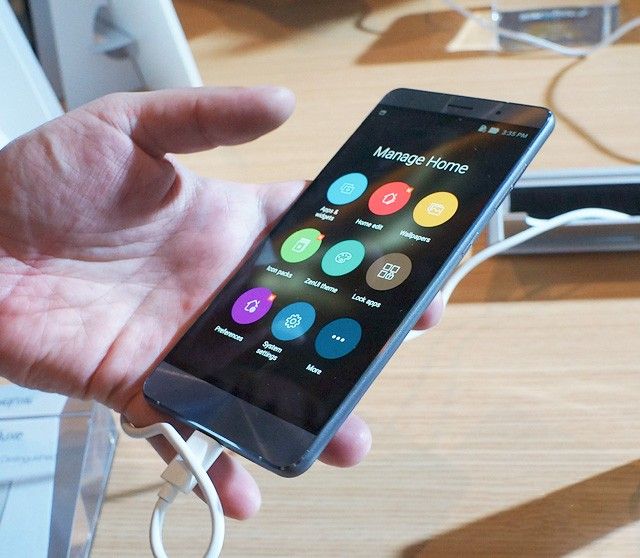 I was surprised to see how the presentation talked about the benefits of SuperAMOLED-display, for a long time already in the Asus did not use the AMOLED, the last time it was at first the PadFone, if I am not mistaken. The screen, at first glance, very good, no problems with color reproduction was not, let’s see how it will manifest itself in the full test.

The camera is also truly the flagship, though, in fairness, all of its major pieces are even in inexpensive ZenFone 3, except that fewer megapixels. 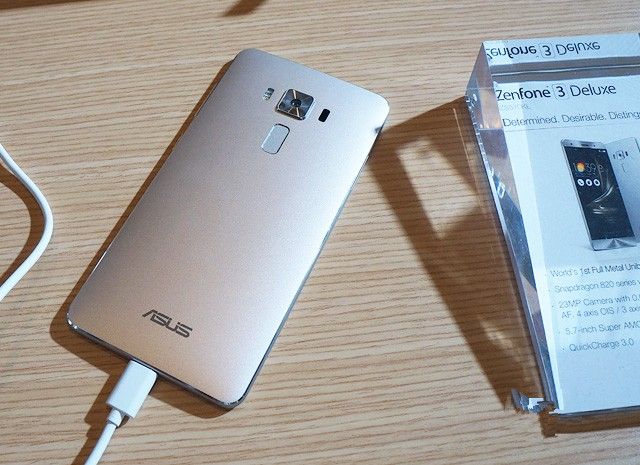 What can I say, at this time, the unit really turned flagship: design, performance, camera – all at the highest level, and the relatively low resolution of the display, I think even a plus, there is nothing to chase the mysterious 2k. ZenFone 3 Deluxe sale will be from $ 500 for a younger model.

It is ridiculous to say, but this device is very similar to the Sony Xperia Z Ultra, obviously, and they were inspired by the creators of the Zenfone 3 Ultra. We are talking about the title, and the display diagonal. At the same time, judging by the performance, it is a direct successor of ZenFone Max. 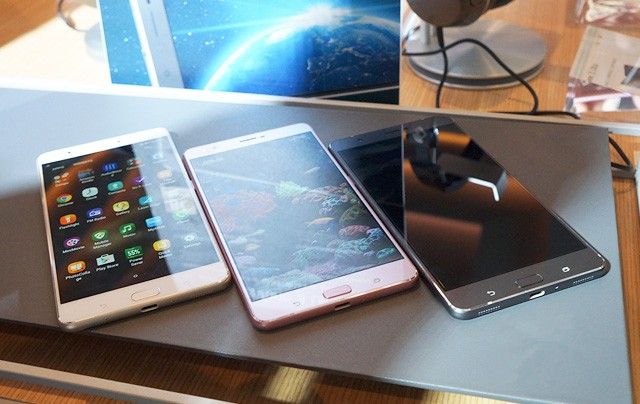 At Ultra design is similar to the Zenfone 3 Deluxe, the same body, only larger, more distinct in location fingerprint scanner, it placed below the screen and the volume rocker moved back. I think this is not the best solution. Firstly, experience shows that this back button elementary inconvenient to use. A fingerprint scanner slipped down the touchpad keys in the end between them and the screen is a big gap.

The display is the same as on a conventional 3 Zenfone, only much more. I can not fail to note once again that the weight and size is very similar to Ultra eponymous smartphone from Sony. This model is very close to the fine line between tablets and smartphones, but has not crossed it.

Responsible for the performance Qualcomm Snapdragon 652, 32 GB of internal memory and a 3/4 GB. In principle, a typical average performance characteristics. 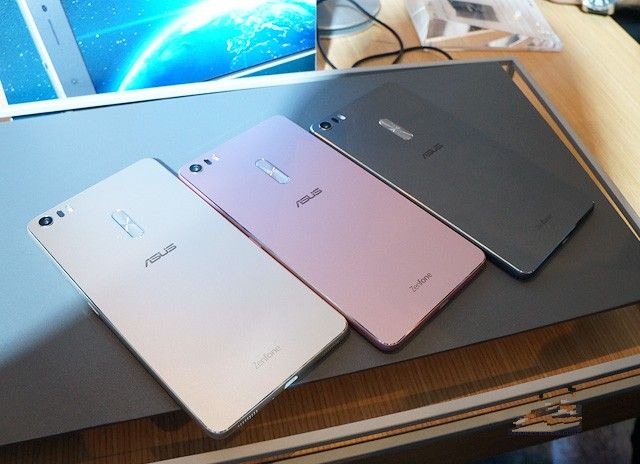 The battery capacity is 4600 mAh, supported QuickCharge, smart charging for 45 minutes at 60%. And the device is able to operate external battery for other smartphones.

The camera device repeats the camera from Deluxe, the same options, the same resolution.

For Zenfone 3 Ultra asking $ 470, and, in contrast to the Deluxe, is difficult to assess the attractiveness of the offer. On the one hand, we have a device with a large screen, good camera and capacious battery. On the other hand, it has still not such good characteristics as a leader line. But I’m sure that their fans will certainly find a large Ultra.

All three models have another nice plus: as a universal connector is used, though is less common USB Type C.

Since I started about the accessories, then let me show a couple of pictures of those that were shown during the presentation. These are new covers headphones and external flash for devices.

As for the smartphone, then, in my opinion, ZenFone 3 line failed. Good quality models with good price tags, especially the low-end model for $ 250. 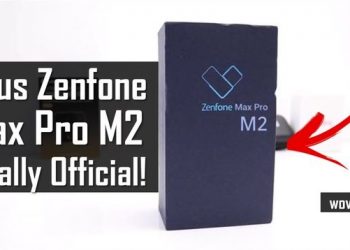