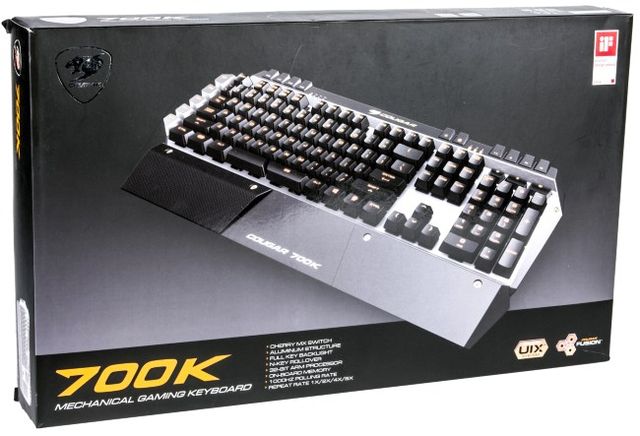 0
SHARES
42
VIEWS
Share on FacebookShare on Twitter
A few months ago we started a story about a new brand in the market of gaming peripherals – Cougar. Since the manufacturer managed to expand the range of from two to five devices (not including mats). This review focuses on the flagship companion mouse Cougar 700M – keyboard Cougar 700K.

In the box with the keyboard Cougar we also found the palm rest to the user manual and a few stickers.
To stand with magnets attached more textured surface, allowing a few millimeters to lift his left wrist. 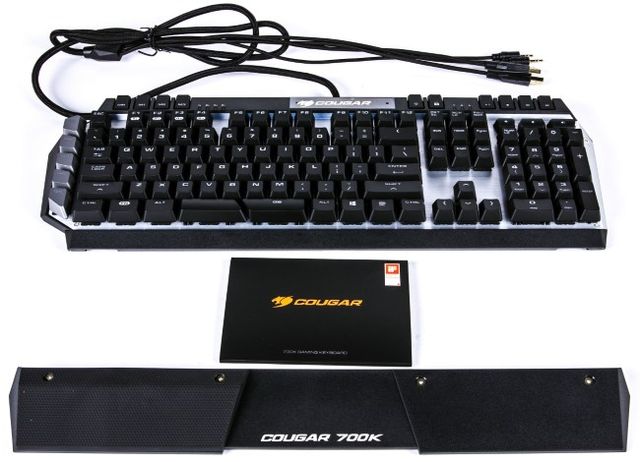 Design
Cougar 700K attracts the attention of a respectable number of additional controls, distributed in small groups on different sides. The main material of the body is black plastic, the contrast creates a silver aluminum plate.
The keyboard is available in four variations, different mechanical switches. We tested was a copy with Cherry MX Red. Together with soft-touch coating it would be a serious obstacle to the use of the keyboard for printing, but the situation is somewhat correct caps with dimples. For such scenarios are better suited Cherry MX Blue, although their use will have to put up with a loud click.
The key travel is quite large, and by placing on a flat plate, they look even higher. Such a decision we have already seen in the keyboards Corsair Vengeance . The advantage here is that remove debris keyboard simpler than in the case where the keys are recessed. Without exception, all the keyboard keys are equipped with bright orange light.
Keyboard layout, in general, the standard – storey Enter, long press Shift, and Fn keys instead of one of Win. Five silver macro keys are arranged in a column on the left, and the sixth … sixth encroach on the sacred and pried myself exactly half the space
As a result of such a course space is available only for the left hand. But in principle, nothing prevents its duplicate button G6. 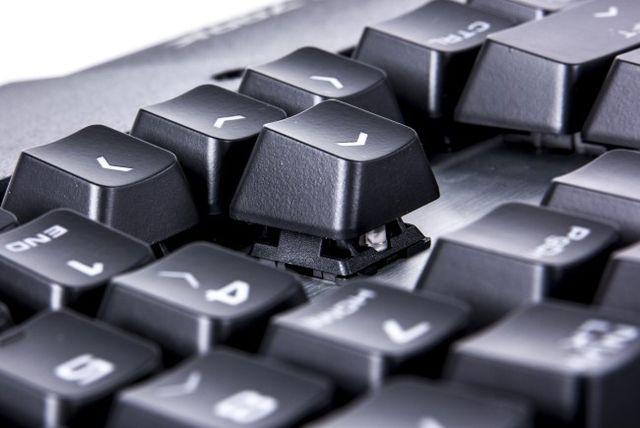 Above the main keyboard are large buttons with a short course to provide additional functionality. At the left edge, we see four buttons to switch makroprofiley and macro recording on the go. Then, the indicator speed command repetitions while holding the button. On the other side of the golden logo – mode switching lights and lock Win. More to the right – a standard indicator keyboard modes, and in the corner – the player control buttons. Below them are a tight volume control buttons; make them work requires a long press.
Cougar 700K is equipped with a 3.5-mm jack for headphones and a microphone, as well as the USB-port, which is connected via an additional connector. All these interfaces are working properly, the sound distortion is not cluttered. There is also a pair of wide and comfortable rubber feet.
Due to the peculiarities of accommodation Macro Keyboard several distinguished from its competitors.In addition, attention is drawn to an additional indicator of the rate of repetition of commands and aluminum base – the last element is also uncommon.

From the manufacturer’s website, you can download two programs – Cougar UIX System for setting keyboard with a PC and the utility for updating the firmware. Trying to take advantage of the latest over the fact that the keyboard is no longer determined by the computer; system does not see the connected device. A month later, another manufacturer sent us a second sample, and with it we have to experiment did not – in the case of failure, review Cougar 700K had to be postponed indefinitely.
Proprietary interface offers extensive customization options. Here (or combinations with the Fn), you can adjust the frequency of the survey, as well as the repetition rate is stuck at command. Also there are many presets illumination: in addition to the classic options with varying intensity and fading away for standby mode you can set presets such as “EQ”, “horizontal wave”, “vertical wave.” The second tab allows you to assign macros to all the buttons on the keypad except for the top office. And with the third tab you can turn off the backlight in any of the keys.
In each of the three macro mode, you can create individual profiles, which will be executed with the specified applications. In addition, with the help of M-keys to switch modes at the same time on the keyboard and mouse Cougar.

With a move keys and mechanical switches Cougar 700K is well suited for aggressive gamers, mercilessly beating the buttons. But fast printing with the manipulator, as we have said, it’s difficult – do better in the game voice communication with partners.
A number of macro keys on the left side may initially disorienting, but it will annoy less than separated by a space. In the second half, by the way, you can assign any closer to the normal jump command – for example, to record a macro for jet jump Soldier in Team Fortress 2.
The keyboard supports two modes of processing simultaneous keystrokes that are switched through a combination Fn + Scroll Lock / Pause Break. In a first mode of simultaneously processed to six taps, and the second number is not limited. Microsoft Keyboard Ghosting Demonstration confirmed that everything works as expected.

Implementation of macro keys in a separate row – the solution is much more convenient than through the combination with Fn. Besides, this keyboard G-buttons are only six, so that the entangled difficult.Through the Fn realized only support options that are operable rare.
All keyboard settings are stored in its own memory. The backlight has a large stock of brightness, which should be good in all conditions. Often it will have even reduced to avoid reflections in the glossy displays.

Lovers of mechanical keyboards with large stroke should look at the Cougar 700K. In that case, of course, if you do not confuse the typical drawbacks of this type of manipulators, we have repeatedly described in the reviews of other mechanical counterparts. In general, the flagship keyboard Cougar 700K is consistent with the level set flagship mouse Cougar 700M .
Pro:
Contra:
Tags: Cougar 700KGamingkeyboardReview
ShareTweetPin 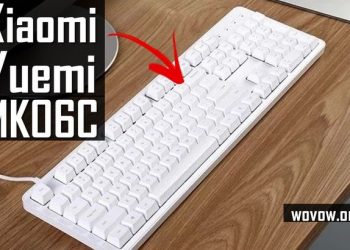