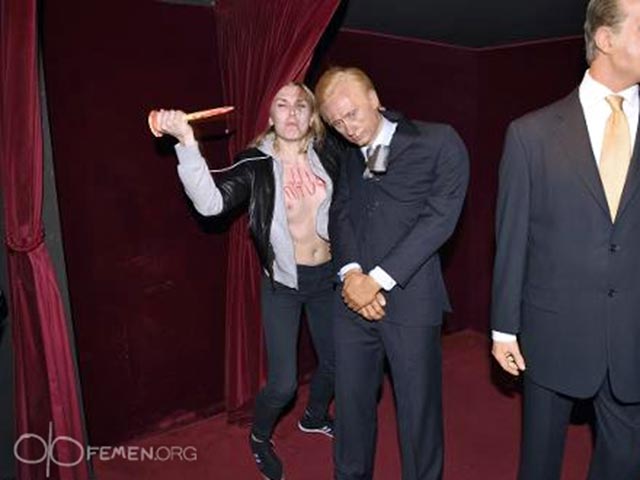 Correctional Court of Paris considered the case of damage to the wax figure of Russian President Vladimir Putin at the Paris Museum Grévin. The incident occurred even JUNE 5: figure broke the Ukrainian Femen activist Yana Zhdanov. As a result, the court fined her actually calling exhibitionist that angered “civil activists” who have “naked protest”.

As reported on the website of feminist organizations, the court ordered Zhdanov pay a fine of 5604 euros 1600 euros activist obliged to pay “for eksgibiotsionizm”, 3000, and four euros – “for the destruction of the Dolls,” and 1,000 euros “for moral damage.”

The press service of Femen said that the movement “is ready to pay the penalty only for damage to present Putin, rather than his pagan totem.” “As a moral compensation movement FEMEN gives museum Grévin business idea – to melt the wax dictator church candles and sell a believer in Christ the Savior Cathedral in Moscow” – offered “sekstremistki.”

“The charges against eksgibiotsionizme” sekstremistok “Femen not apply even in third world countries, even dictatorial state shy sum civic activism under mental disorder – outraged activists. – Lawyers Femen will appeal and if necessary going to get to the Strasbourg Court. Verdict will be appealed, the anti-Putin activities – continued! “

June 5 Zhdanov, traditionally bared breasts and written on it in English the word “kill Putin”, broke into the room of the Paris museum with wax figures, upset, “the Russian leader” and pierced figure bloody aspen stake, showing, according to activists, “the only possible format for the dialogue with the Kremlin’s Dracula. “

In April last year, several “sekstremistok” managed to break through the barrier to the real Putin and his accompanying German Chancellor Angela Merkel at the industrial fair in Hanover, laid bare to the waist and started shouting obscene slogans in English.

Girls then quickly twisted security, and Putin, commenting on the incident, at first said that the action he liked , though he did not hear the screaming half-naked activists, and even could not see the color of their hair. However, later Putin spoke already in a different way , to paraphrase a replica of one of the characters of the cult Soviet film “Bumbarash”: “If they were to me, as they say, sausage or bacon showed, it would have pleased me, and those charms which they demonstrate – not really. “ 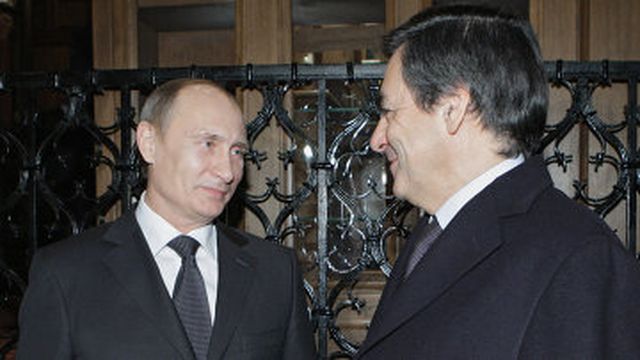 Francois Fillon and his friend Putin 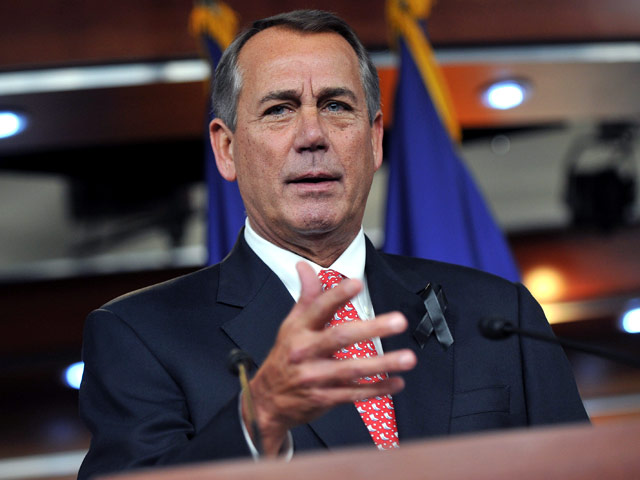