The fact that the Norwegians invented CycloCable – the mind boggles! You’ve never seen such a device. 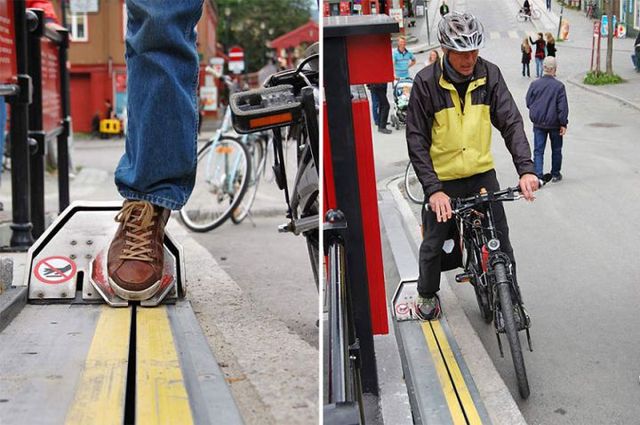 In many European countries, the bike has already become a real alternative to urban transport CycloCable. Europeans often even ride a bike to work. From an environmental and recreational point of view – is the best solution, especially for those who have a sedentary job. But, you see, after a cycling on the way to work, and then our roads, you would do well to stock up on the work of showers.

Residents of the Norwegian town of Trondheim did not invent the wheel, but to get out of this problem, come up with a bicycle escalator. The town itself is located in a hilly area, so this novel idea for Norwegians became simply a necessity. 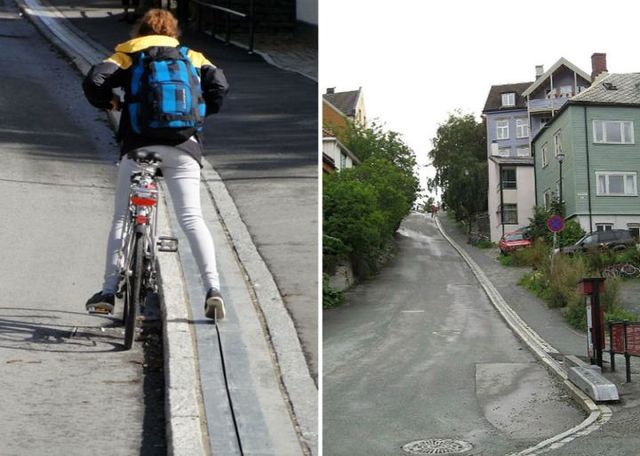 The fact that the Norwegians invented CycloCable – the mind boggles! 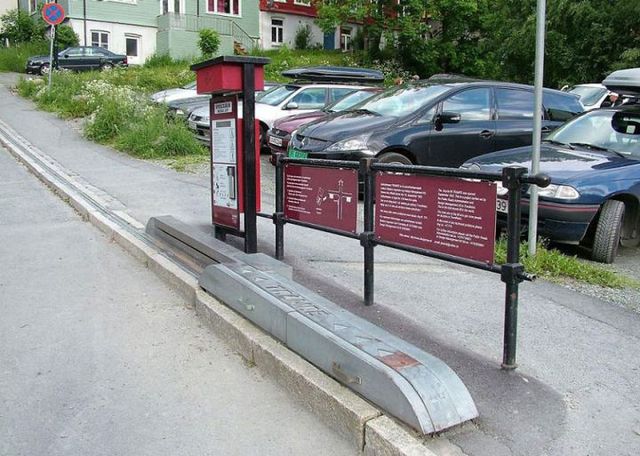 The first such escalator appeared in the 90s. But recently, the company «Trampe Lift» Superior presented his version – CycloCable. Escalators can simultaneously rise up to 5 cyclists at a speed of 8 km / h. In addition, this unusual invention can take advantage of not only the owners of bikes, but moms with strollers and even bikers. With this invention, the phrase “You ride?” Facing the rider will not be a surprise. 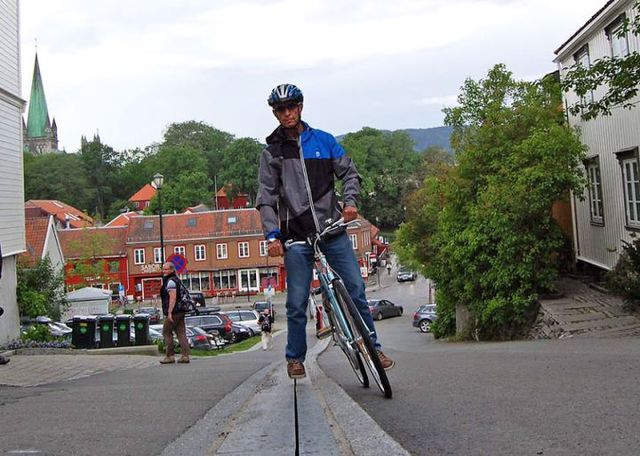 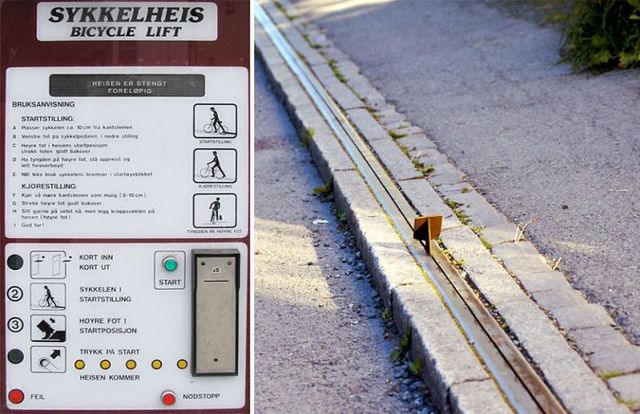 CycloCable – is not only a good thing, but also one of the main attractions of Trondheim.

I am glad that people care not only about their health and comfort, but also about the environment clean. Tell us about cycling escalators your friends. I bet they have about them have not heard?!