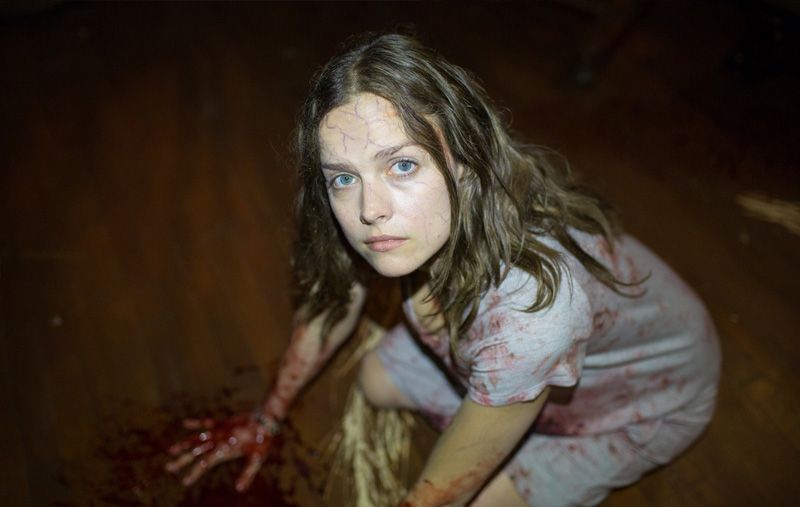 Young people Zak (Zak Gilford) and Samantha (Allison Miller) get married, then, happy, fly off on their honeymoon in the Dominican Republic. Perfect couple spoils mood gloomy fortune teller that says Samantha “born of death” and that “waiting for her.” Slightly discouraged newlyweds sit in a taxi whose driver persistently persuades them to visit the underground party. The next morning the couple wakes up already in his room, I do not remember the end of the evening. Soon it becomes clear that Samantha is pregnant, then begin to occur with newlyweds expected spectator mystical trouble – it becomes apparent that the main characters are involved in some kind of dark story associated with a mysterious cult. 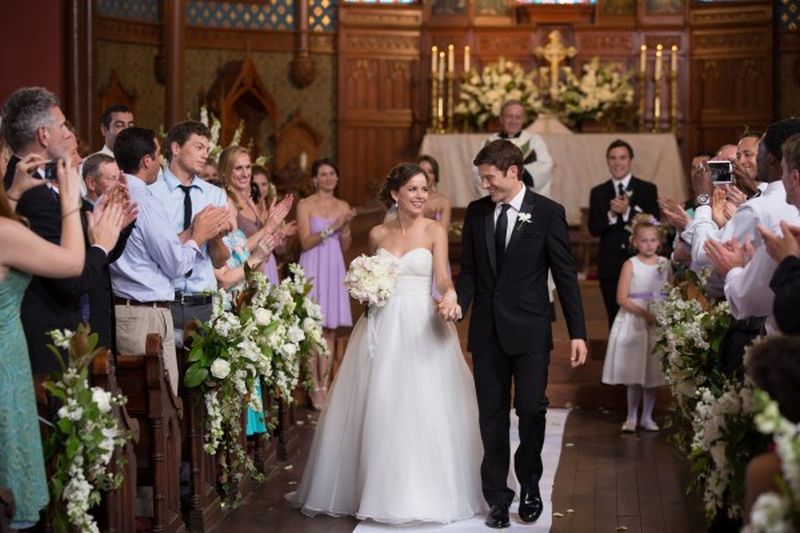 “Devil’s Due” – the first full-length work of Matt Bettinelli and Tyler Gillett, the author of the technique and spectacular short films in the anthology horror “H / O / R” . Then they entered the Quartet Filmmakers Radio Silence, and now continue to work in a team with two other members of the Quartet Chad Villella and Justin Martinez, and together serve as executive producers of “Coming of the Devil.” In the short film «10/31/98» Radio Silence adjusted to limit the idea of horror as an attraction: the viewer can fully enjoy flying around the house furniture, ominous noises and mysterious dark cultists sacrifice bringing you-know-whom. These motifs, as well as the technicality of performance without any loss of quality moved in “Devil’s Due”. As in the anthology “H / O / R” visuals resolved in the genre found footage – as recording material at the camera.

“Devil’s Due” is a lot like a masterpiece of Roman Polanski (Link to “Rosemary’s Baby” ). Not repudiate this regard and directors, admitting that they are big fans of “Rosemary’s Baby.” However, the film Polanski ultimately leaves the question is not whether the entire history of paranoid delusions of the protagonist, and “Devil’s Due” is made strictly according to the canons of the genre and quite unambiguous ending. Carelessness main characters – their main attractive feature. The couple just radiates happiness, they are friendly to each other and others, so it’s easy to start to empathize – their crumbling life is not just the collapse of everyday life, and a fall from the top of consumer paradise.

The authors emphasize not so much on the story and acting, but on entertainment and technology. The final scene is masterfully shot: flying objects around the house, shaking the walls – all this makes the space itself vibrate fear (that also goes back to “Rosemary’s Baby” Polanski, and indeed to all his “apartment trilogy” in general). Adds emotional stress and young Allison Miller in the role of Samantha. Mostly it looks like Isabelle Adjani the best moments in the film “The Devil Inside” – too strong horror motifs female devilry. In the best traditions of the genre, along with the camera shakes frightened characters, curious teens brutally punished, objects fall with a thud. Be sure Devil carefully furnished own coming.

“Devil’s Due” in theaters January 16