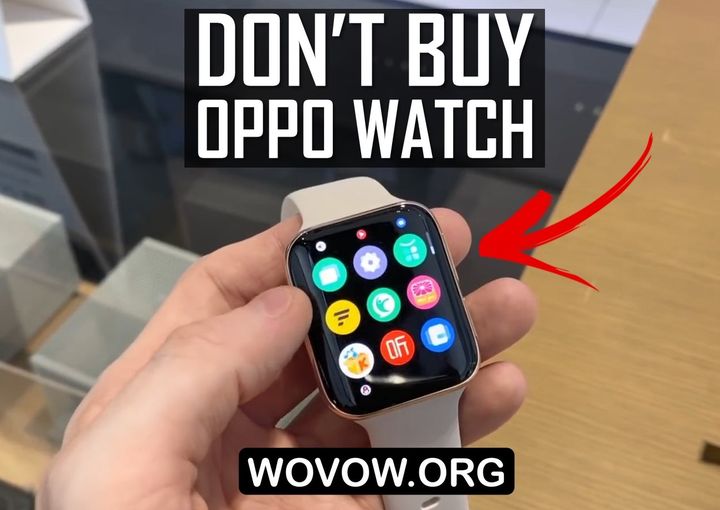 Most likely, you already know about the new Oppo smartwatch called Oppo Watch. Actually, this is the first smartwatch from Oppo.

The Chinese manufacturer began expanding its product range in 2020. If earlier Oppo released only smartphones, then today you can buy wireless earbuds, and very soon the company will release its series of smart TVs.

To be honest, I really like Oppo smartphones. Just like Xiaomi, the Chinese manufacturer makes good smartphones with flagship features at affordable prices.

However, after I watched the video reviews and read many articles about the new Oppo Watch, I decided not to buy this watch. Why? Let’s talk about this.

Of course, you may have a logical question – why not buy the Chinese version of the watch?

Firstly, the Chinese version of Oppo Watch has a Chinese user interface. Yes, most likely you can choose English, but many functions will still be in Chinese.

The next problem with the Chinese version of Oppo Watch is a non-working eSIM and NFC. Most likely, you will not be able to use NFC and eSIM outside of China. Support for eSIM is one of the main features of Oppo Watch, and I do not think that you will be glad that you cannot use it.

Another problem of the new Oppo Watch for me is the design. All the headlines for articles and video reviews on YouTube say that Oppo has released a clone of Apple Watch. Yes, Oppo smartwatch looks like an Apple Watch.

If you have nothing against it, and even vice versa, you’re glad that Oppo Watch looks like Apple Watch, then skip this point. Oppo Watch has a nice rounded design and a curved display. Overall, it looks premium.

Of course, Oppo Watch is cheaper than Apple Watch. 41mm Oppo version of the new smartwatch costs $216 in China. However, if you want to buy the 46 mm version, then you have to pay $289.

Why pay $289 for Oppo Watch with a Chinese interface, without eSIM, NFC and some other functions that look like Apple Watch if you can buy the original Apple smartwatch?

If Oppo releases a global version of smartwatch on stock Wear OS from Google with support for Google Play Store, YouTube, eSIM, NFC and other functions that will work in our country, then Oppo Watch will be a good option for purchase. Right now, I cannot recommend buying a new Oppo smartwatch.

What do you think? Write your thoughts in the comments below.