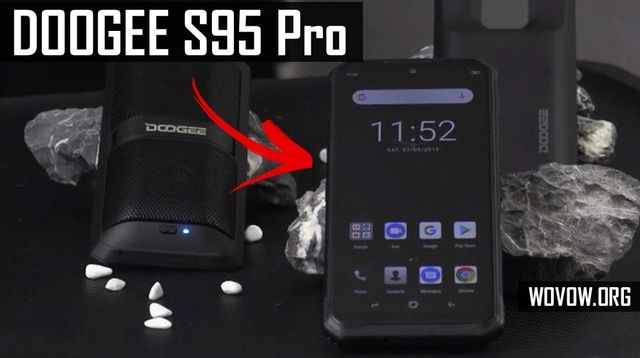 In early October, DOOGEE introduced its new smartphone called DOOGEE S95 Pro. This is the second generation of modular rugged smartphone from the Chinese manufacturer. In this article we want to tell you about 5 reasons to buy it. Let’s get started!

By the way, tomorrow the sale of Doogee S95 Pro will begin at GearBest online store. Why are we paying attention to this? First, the price of new smartphone during the sale is only $369. You can also use a coupon from GearBest to get $5 discount.

Second, the first 100 buyers of Doogee S95 Pro will get Doogee DoPods wireless earbuds for FREE! Interesting, isn’t it? 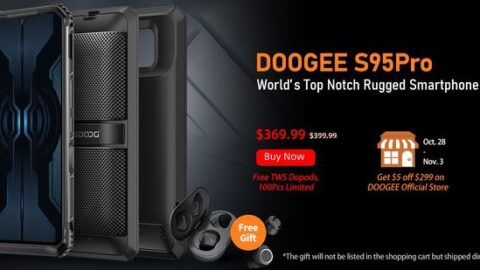 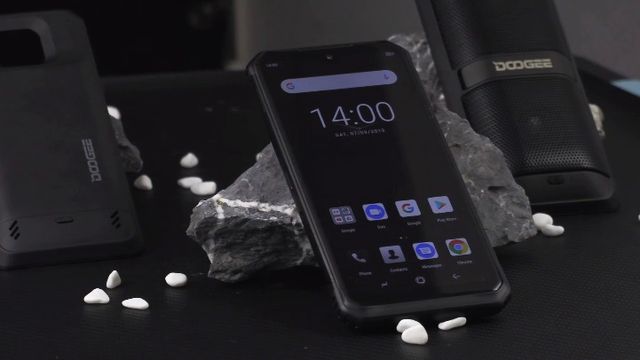 Perhaps the main feature of the new smartphone DOOGEE S95 Pro is modular design. As you understand, the smartphone supports additional modules, which are attached to back panel. 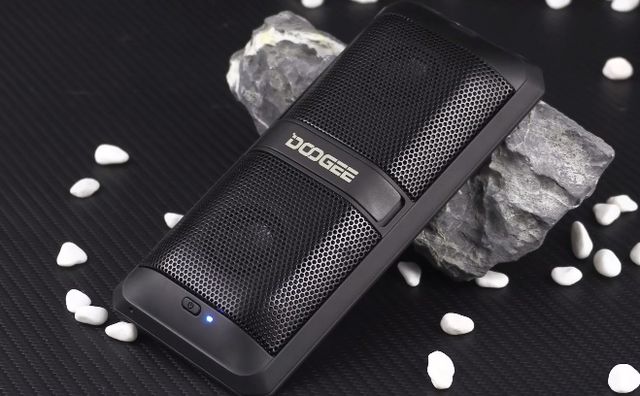 By the way, DOOGEE S95 Pro is equipped with a built-in battery capacity of 5150 mAh, which is already very good for a rugged smartphone.

However, using a power bank module, which has a capacity of 3500 mAh, you get a total battery of 8650 mAh! This is more than enough for a few days of battery life. 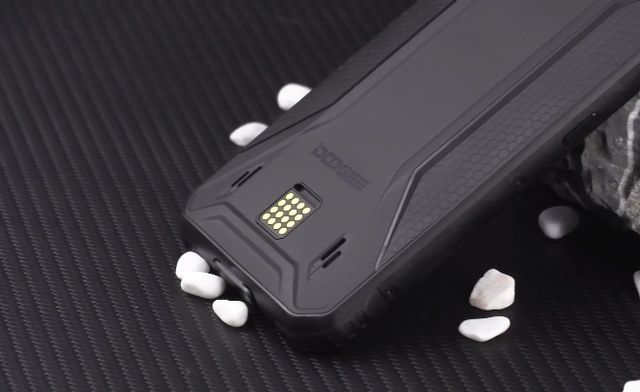 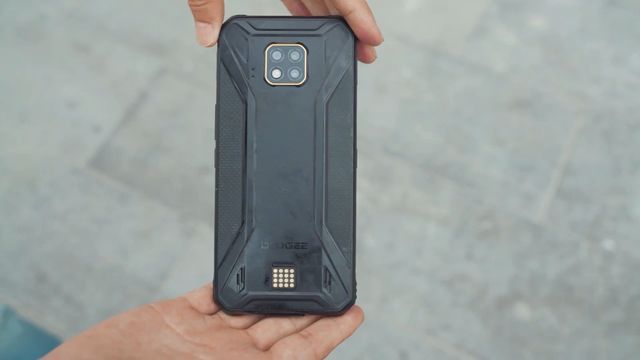 Another feature of new smartphone is rugged body. The smartphone is protected from water, dust and shocks to IP68 and IP69K standards. Side and back panel of Doogee S95 Pro have a rubber coating, so the smartphone is able to withstand drops from height, impacts, etc.

DOOGEE S95 Pro can be submerged in water to a depth of up to 3 meters for 4 hours. During this time, you can shoot stunning underwater videos and photos. 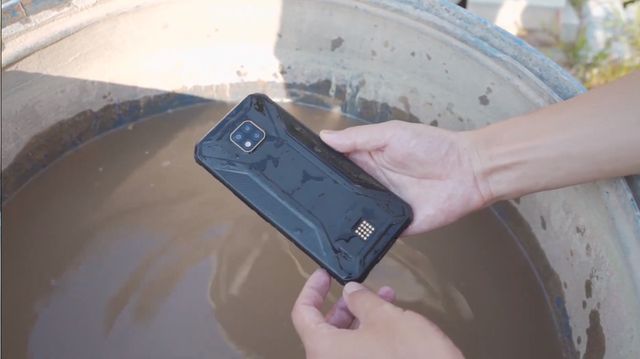 The manufacturer says that the new smartphone withstands a fall from a height of 2 meters. Moreover, the protection is enough for 1000 falls from the maximum height, i.e. two meters.

DOOGEE S95 Pro is also not afraid of low and high temperatures. It can operate at temperatures ranging from -30 to +60℃. 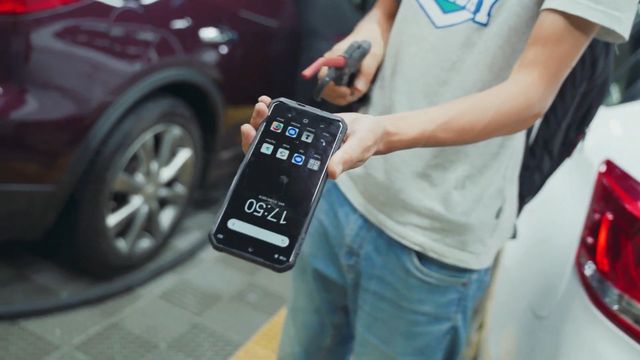 On the front panel of smartphone is 6.3-inch display, which is protected by Gorilla Glass 5 glass. It is IPS panel with Full HD+, 1080 x 2160 pixels resolution. 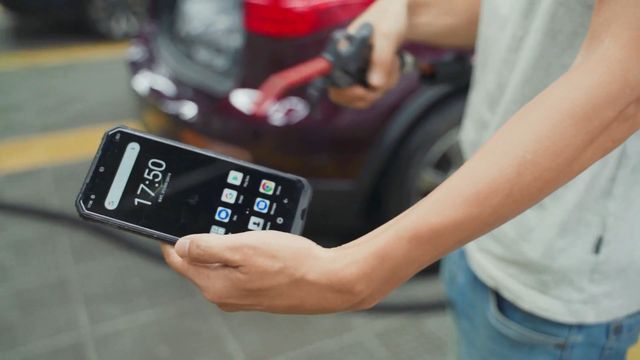 As you can see, there is a waterdrop notch above the display. It hides a front camera and microphone. By the way, the front camera has 16MP wide angle sensor. 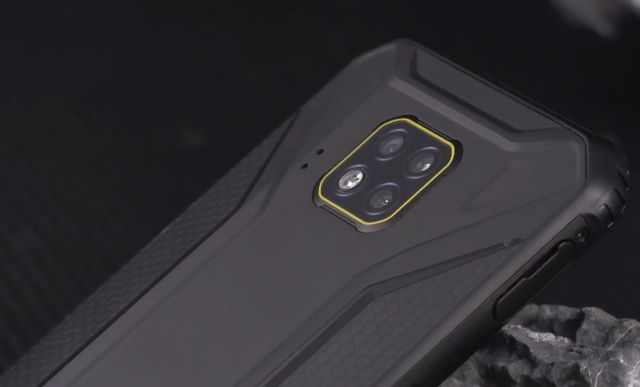 On the back of Doogee S95 Pro there is square plate with main camera. The plate contains three camera sensors and LED flash. 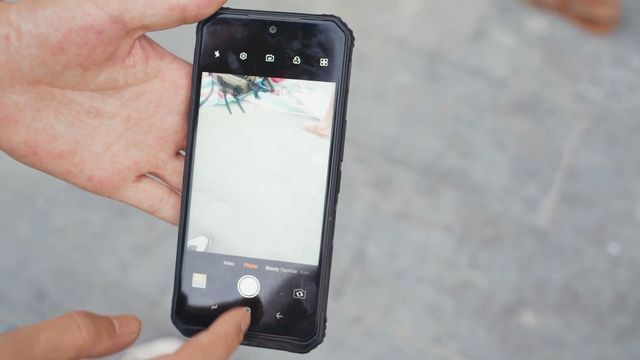 The main sensor Sony IMX586 has a resolution of 48 P and aperture f/1.8 + f/2.4. The other two sensors are 8 megapixels each. One of them is a wide-angle sensor with viewing angle of 117 degrees, while the other one is designed to shoot photos with 10x zoom. 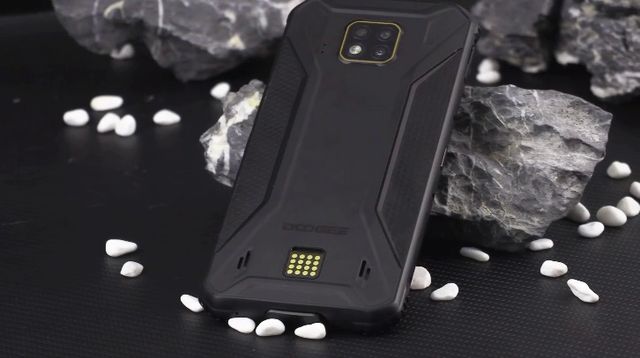 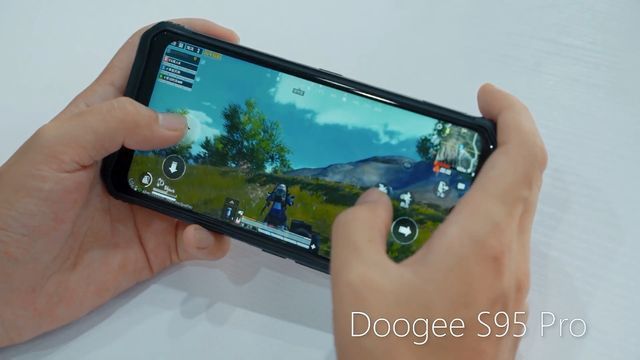 In addition to excellent cameras and good battery life, DOOGEE S95 Pro has received a fairly powerful 12nm Helio P90 processor. It has two Cortex-A75 cores and six Cortex-A55 cores. This processor is used in mid-range smartphones, but it provides almost flagship performance.

You’ll be able to play even the heaviest games without any delays.

By the way, one of the additional modules is gamepad. Playing on DOOGEE S95 Pro has become even more convenient. 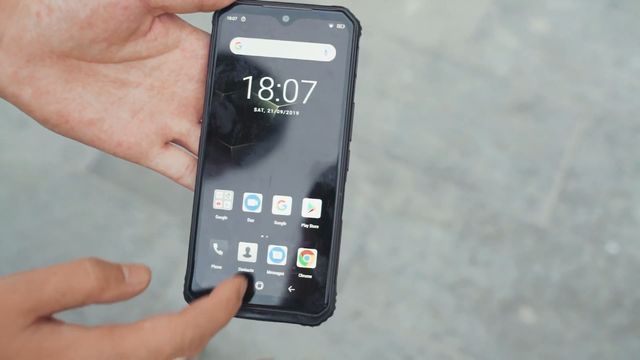 As for the memory, DOOGEE S95 Pro has 8GB of RAM and 128GB of internal memory. You can also use MicroSD card to increase the storage capacity by 256 GB.

MicroSD or SIM card slot is located on the left side of the smartphone. 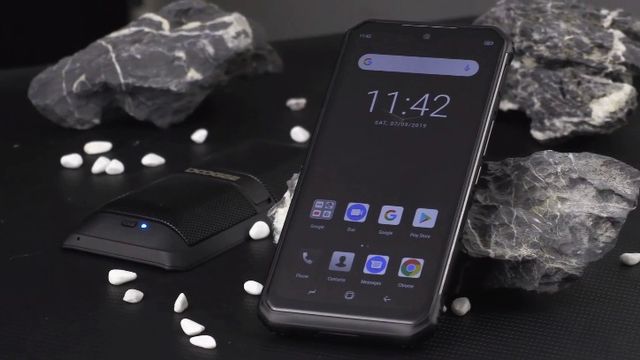 The last feature of DOOGEE S95 Pro is price. This is probably one of the most important factors when choosing a smartphone. 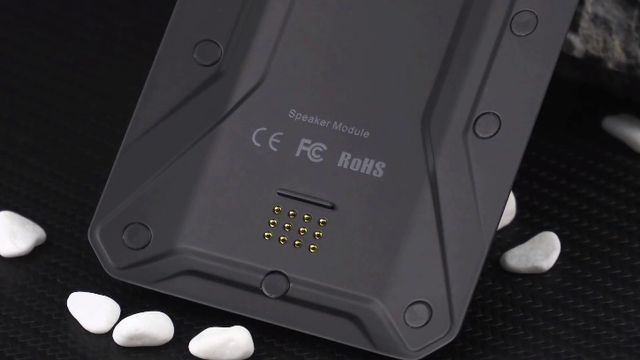 As we said, GearBest online store is selling DOOGEE S95 Pro. From October 28 to November 3, you can buy DOOGEE S95 Pro smartphone at discounted price – only $369. The first 100 customers will get Doogee DoPods wireless earbuds for free.

$369 is a very good price for a modular smartphone with a stylish design, rugged body, large battery, triple camera and powerful processor. What do you think?

If you don’t want to buy on GearBest for some reason, then we’ll leave links to Aliexpress and Banggood. 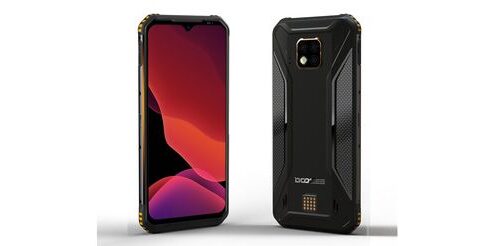