How to use dopamine for their own purposes 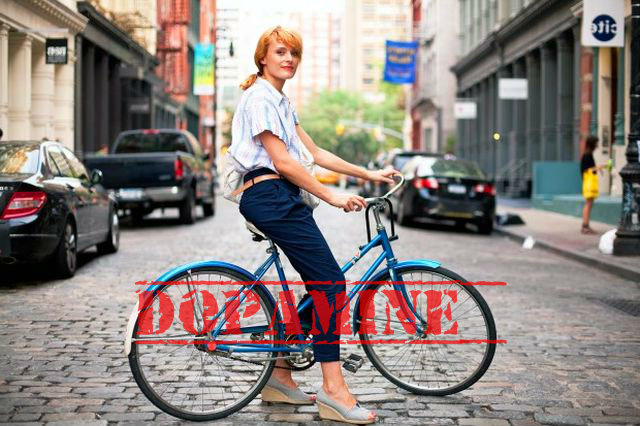 “Magic Wand” motivation that every person

It is believed that dopamine is directly related to the feeling of pleasure and satisfaction. But this is too narrow a view of this neurotransmitter. In fact, he is involved in a variety of processes in our brain. Well, if you need some motivation without dopamine here clearly not enough.

1. Origin of motivation: it – in your head

To trace the source of motivation, let’s look at the brain, where neurotransmitters form chemical messages that cause us to be focused and concentrate on any task. One of the specific neurotransmitter, plays a role in our motivation is dopamine.

Chemical dopamine signal is transmitted from neuron to neuron, interacting with different receptors at synapses between neurons.

This simple process is complicated by many times if present it on the scale of the brain.

Just think: there are a variety of types of receptors, neurons and pathways that can be exploited neurotransmitters. And everything instantly becomes complicated.

For motivation is very important which way the brain chooses dopamine.

The best way – mesolimbic. It goes through the whole brain, and affects a variety of its sites.

An important stop on the mesolimbic pathway – a so-called “nucleus accumbens.” Due to the increasing levels of dopamine in the nucleus accumbens arises feedback, predicts the possibility of compensation. That is, the brain recognizes something important – good or bad – certainly going to happen, and as a result encourages us to act.

A bunch of “dopamine pleasure” appears in dozens of different studies and in the media. This reputation is deserved dopamine, because it’s true. Dopamine – a chemical treat for the brain.

But fun – this is only the tip of the “dopamine iceberg” and the influence of dopamine is not so limited. It affects motivation, memory, behavior, ability to learn, attention, sleep, mood.

Investigate dopamine started with pleasure, but then the researchers began to notice a strange phenomenon. For example, they are seeing a surge of dopamine in the time of great stress. Increases dopamine levels in men, when they hear gunshots. Stress and shooting – the phenomenon is not pleasant, however, dopamine is produced much.

It became clear that dopamine goes far beyond pleasure, and perhaps this may be the effect of dopamine motivation. Dopamine starts before we get some reward, which means that his real aim is to encourage us to act to achieve the objectives. Or to help avoid something bad.

Studies confirm the relationship of motivation with dopamine, and to do it in interesting ways.

Neurologist John Salamon conducted a study on rats that offers a choice of two piles of food. One was in front of them, and the second, the size of twice, was behind a low fence. Rats with low levels of dopamine are almost always walked along the path to easy, chose a small pile of food, and did not try to climb over the fence to get a greater reward.

In another study, a group of scientists compared the brain snap enterprising person with a brain slacker. The researchers found that those who are willing to work hard for a fee, there are high levels of dopamine in the prefrontal cortex and the striatum – the two areas of the brain responsible for motivation and reward. And here at loafers dopamine present in front of the insula region of the brain, an area responsible for emotions and perception of risk.

3. Is it possible to “hack” the motivation?

What happens when you sit at the computer, trying to perform some task, but cannot do anything for a whole hour? Maybe you – slacker, and are genetically predisposed to it because of the low level of dopamine?

The brain can be trained to generate bursts of dopamine. You create the right conditions for him this, and he does everything else. One way to do this is to set additional goals, according to neurologist Judy Willis. In fact, all you have to do – is to “reprogram” your brain to get the dopamine response to the task for which you want to get the reward.

Just allow yourself to experience positive emotions when you see your progress in the implementation of a number of problems. Each time you successfully complete a certain intermediate stage; your brain will receive positive feedback, supporting your success that will trigger additional production of dopamine.

Dopamine is biologically related to our motivation and achievement of goals. If there is something that can be done to increase the flow of dopamine (for example, the creation and consolidation of positive feedback through the gradual progress) -What does it cost to make.

Along with this, we must make an effort. Sometimes the “cure for low motivation” may be a common insistence that drives us to do even those things that we do not really want to.

The next time when you will experience a lack of motivation, try this: break a task that seems unaffordable to you, a few small steps, and believe me: dopamine levels will rise from stage to stage up until you finally it’s over .