“From Dusk Till Dawn.” On the road with ghouls 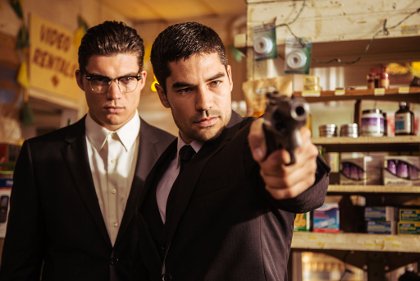 New action-horror From Dusk Till Dawn – it’s not just retake Film about the cult film of 1996. Robert Rodriguez, the director of the original and created new items, managed to keep the atmosphere of the dashing and reckless fun trash, for which viewers have come to love his co-creation with Quentin Tarantino. In addition, he was able to make this story even more epic and scale.

Protagonists Rethinking From Dusk Till Dawn became rich by $ 30 million notorious bank robbers – Seth Gecko (Dee Jay Cothron) and his nervous brotherRichard (Zane Holtz). Fleeing from the FBI, Seth and Richard decide to steal a van with the former priest and his family to get to Mexico. It was assumed that there, in the famous strip club “Twisted boobs”, this motley company awaits refuge. In fact, they came right into the trap to a whole army of evil, wishing heartily fun. 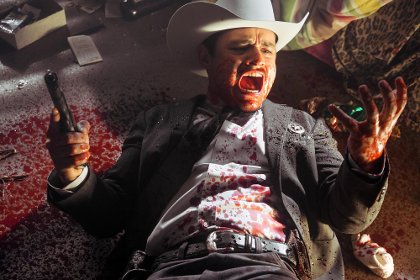 The first thing that attracts attention in the series, in addition to biting dialogues saturated corona black humor – this cool shooting. And no wonder, since the team is not only directors Rodriguez himself (“Four Rooms,” “Machete”), but also major contemporary connoisseurs of the genre “horror”: Federico Alvarez (“Evil Dead: The Black Book”), Eduardo Sanchez (” The Blair Witch Project: Course from the world “, Dwight H. Little (” Halloween 4: The Return of Michael Myers. “) And for those most daring honed dialogues meet Robert Kurtzman (author of the original idea of the film Rodriguez), Diego Garcia Gutierrez (” Warehouse 13 »/Warehouse 13), Juan Carlos Coto (” Heroes »/ Heroes) and other old-timers of American TV. 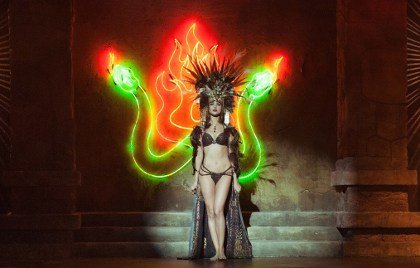 Except Cothron (“Dear John”) and Holtz (“Good to be meek”), the show also playMadison Davenport (“Noah”, “House MD» / House), Robert Patrick (“Sons of Anarchy» / Sons of Anarchy) and Brandon Su Hu (“Classmates”). In addition, viewers will be a surprise in the form of a small but very important role and brilliantly prescribed seasoned sheriff, played, put on a hundred percent, charismatic Don Johnson (“Django liberated”). 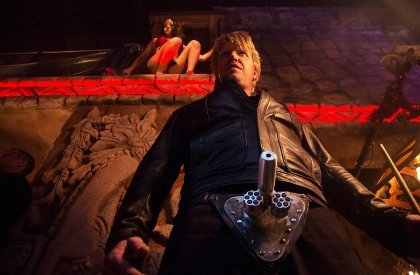 Despite the fact that the protagonist is no classic tattoo “as Clooney-y”, and behind the scenes can not hear the legendary “It’s a da-a-ark night! ..”, The show has the potential to develop adequately the universe “twisted boobs” . A brother Gekko can get a new, more brutal and uncompromising version of Winchester. The first season of the show from the El Rey channel consists of ten episodes.