Elephone U3H First REVIEW: It Is Finally On Sale! 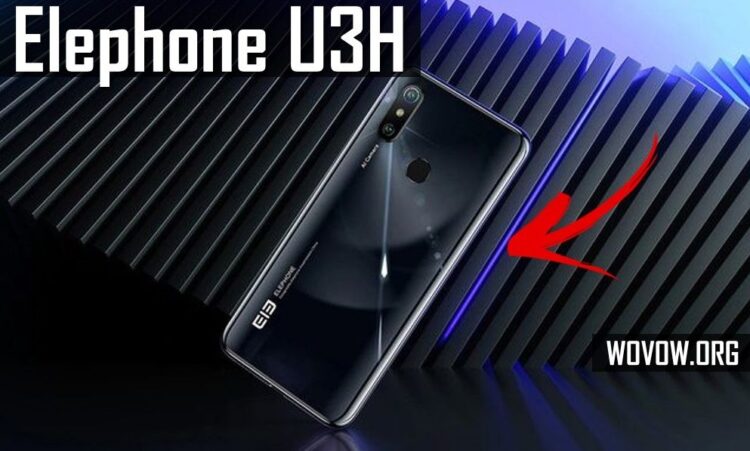 Back in April 2019, Elephone showed a prototype of its upcoming smartphone called Elephone U3H. For over 6 months we have not heard anything about new smartphone.

However, all this time the Chinese manufacturer has been working on smartphone. On January 10, Elephone announced the start of sales of Elephone U3H.

The new smartphone also has a battery capacity of 3500mAh, support for NFC and wireless charging. It looks like we have a really interesting mid-range.

In fact, the performance and appearance of Elephone U3H is different from the first prototype that we saw six months ago. Let’s find out what Elephone engineers have been working on for so long and what changes Elephone U3H has got.

On the official images of the new Elephone U3H looks very stylish. But we think it’s too early to talk about design, because we haven’t seen real photos or videos of the new smartphone.

Quite often it happens that the smartphone on official pictures looks better than in real life.

As you can see, Elephone smartphone has hole-punch display with very thin bezels. The hole is located in the top left corner.

By the way, the hole is only 2.98 mm in size. It is very easy to hide just by selecting the right picture on the desktop.

Thanks to the ultra-thin bezels around the display, the screen to body ratio is 91.38%. We think the screen is one of the main advantages of new smartphone.

Now let’s take a look at the back panel. Here we can see the main camera, which consists of two sensors and a flash between them. The camera is mounted in the standard place – the top left corner.

By the way, the first prototype of smartphone had triple camera. Elephone U3H has lost the third 2MP sensor. Most likely, it was not fake, that’s why the manufacturer refused it.

We will talk about the specifications of the main camera a bit later.

There is a fingerprint scanner in the center of back panel. The smartphone also supports face unlock function.

By the way, Elephone U3H is available in two colors – glossy black and gradient blue. Both colors look very beautiful and elegant.

On the left side there is hybrid slot for SIM card and microSD card. As usual, there is a power and volume button on the right side.

As you can see, Elephone U3H has no 3.5mm audio jack. We don’t think it’s a big problem given the number and price of wireless earbuds. You know they are very cheap now!

By the way, the first version of the smartphone (aka prototype) had Helio P90. The difference between these processors is not too big, but Helio P70 is a bit better.

ARM Mali G72 processor is responsible for the graphics.

The smartphone is available with 8 GB of RAM and 256 GB of built-in memory. You can increase the amount of internal memory by another 1 TB with a memory card. As we said before, microSD card slot is on the left side.

The company promises that by the end of February 2020 the smartphone will be upgraded to Android 10.

As for cameras, the rear panel has a main sensor for 48 MP and an additional sensor for 5 MP.

On the front panel there is a front camera with 24MP resolution.

By the way, compared to the prototype, the camera was also improved. In the first version, the front camera Elephone U3H had 16 megapixel resolution.

We don’t have real photos yet, but we think the images will be very good.

The smartphone has a battery capacity of 3500 mAh. It also supports fast charging.

Despite the fact that the battery is not very large, one charge is enough for 30 hours of talks or 400 hours in standby mode.

Elephone U3H is already available for pre-order at $199 on GearBest and Aliexpress. The package contents include smartphone, power adapter and charging cable, as well as a protective silicone case, protective film on the screen and even earphones.

The first deliveries will start on February 3.

In my opinion, Elephone U3H is an interesting mid-range smartphone with elegant modern design, large screen, thin bezels and good performance. But we still have questions about the camera and the battery. We are waiting for the first hands-on reviews!