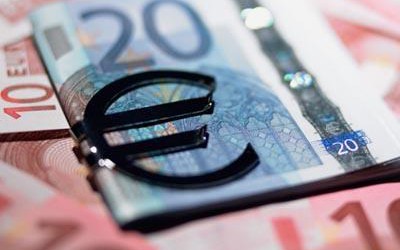 On the morning of Wednesday , March 5 , at the Euro Forex is under slight pressure. By 8:30 MSK it traded at 1.3730 dollars Players sell the single currency on the news from China.

New Prime Li Keqiang said at the opening of the annual National People’s Congress of China to increase the military budget by 12.2 % , reports Deutsche Welle. However, he said that Beijing intends to defend the sovereignty and secure the country in the interests of further development.

In its first report, submitted before 3 thousand delegates , Li Keqiang has called China a “responsible power.” China’s military build-up occurs on the background of her strained relations with Japan and other neighbors over territorial ownership of the islands in the East China and South China Seas .

The Prime Minister also announced planned in 2014 . China’s economic growth by 7.5% , reports Reuters. It is worth recalling that in 2013 . Beijing has set himself a similar task . As a result, economic growth is the second economy in the world after the United States and all reached 7.7%. Li Keqiang also added that inflation in 2014. should be around 3.5% , and the budget deficit – not to exceed 2.1%. Premier Wen intends to reform the country’s economy, which depends mainly on exports.

The second largest economy in the world seems to be losing the pace of growth. However, everything is relative. GDP growth of 7.5 % per year is an enviable figure for most countries , but in China it carries risks. At low growth rates multiethnic country faces internal contradictions , and to neutralize them and meet the needs of as many people, China is forced to rise very quickly. Statement of the economic slowdown adversely affects both China itself and its largest trading partner – the eurozone .