Facebook, Google, Dell, HP and eBay have teamed up with Samsung for the war against Apple 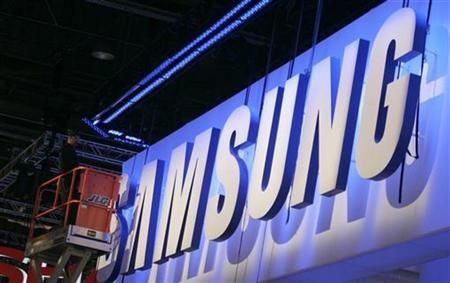 Samsung has received support from leading IT companies in the US – Facebook, Google, Dell, HP and eBay. All of them are opposed to the Korean manufacturer Apple paid compensation for the infringement of patents on the technology, which have become standard in the mobile market.

Facebook, Google, Dell, HP, eBay and other large companies from Silicon Valley filed a petition to the Federal Circuit Court of Appeals United States to support the aspiration of Samsung Electronics to achieve revision of the amount of the fine for infringement of patents Apple, reports Guardian.

In a joint statement the companies said that the victory in the Apple litigation with Samsung will cause “serious adverse consequences for the industry in terms of the further development of useful technology.”

The lawsuit with Apple

The litigation between Apple and Samsung lasts more than three years. Apple accuses the Korean manufacturer in the illegal use of its technology in mobile devices, such as a double tap on the screen or fingers apart to zoom – Today, these techniques are standard and are used in mobile devices of all brands. The company is also accused of illegally borrowing competitor patented design of the device. In response, Samsung has accused Apple of violating its own patents.

In 2012, a court in the United States found Samsung guilty and ordered the company to pay Apple a compensation of more than $ 1 billion. Samsung repeatedly appealed this decision, and she was able to reduce the fine.

In the spring of 2014, Apple filed a new lawsuit against the Korean company claiming compensation in the amount of $ 2 billion for violation of five patents in devices sold in the US between 2010 and 2012, including smart phones and tablets Galaxy. Currently, there is jury selection in the case.

The coalition argues that the design of Apple’s patents cover a small part of the functionality. And if the court will insist on compensation, this negative impact on the further development of the industry and consumer choice.

“There are suspicions that a significant portion of software patents are written in such a way as to cover a much greater functionality than the one that Apple really invented itself,” – says a law professor at the University of Notre Dame, Mark McKenna (Mark McKenna).

“If the court will leave the penalty in force, this decision would lead to absurd results. This destructive way affect companies who spend billions of dollars annually on research and development of complex technology, “- said in the petition.

Members of the coalition argue that if Apple wins, it is easy to be able to achieve similar benefits to many other members of the ecosystem Android. Since Apple’s patents relate to the whole system of Android, rather than specific functions in devices Samsung.

The company Apple stated that the court should not ignore the calls companies that are not involved in the process, in particular, the corporation Google, which is the developer platform Android, which Samsung uses in their devices.