Fiat will start production of pickups 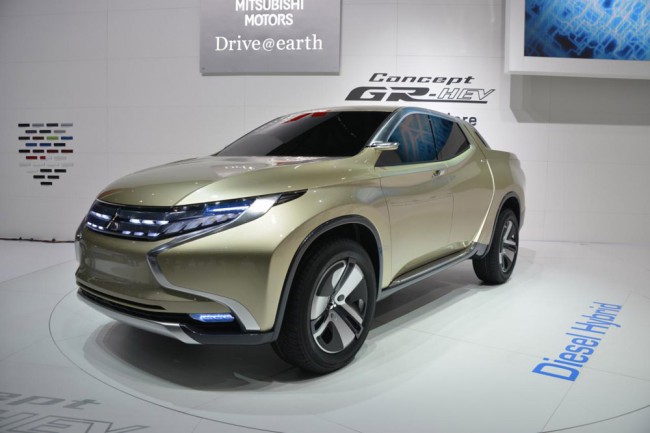 For inspiration turn to Mitsubishi

Mitsubishi has officially confirmed that the next generation of L200 pick-up will also be offered under the brand Fiat. The novelty will be the first practical effect of the recently signed memorandum of understanding between the two automakers; assumed that the premiere of the car could be held later this year.

L200 fifth generation, also known in various markets as Triton, Hunter, Warrior, Sportero and Strada, will be based on the concept of GR-HEV (pictured above). In addition to the bright appearance, its distinctive feature is the proximity to the large passenger car, than to the SUV; thus, Mitsubishi will go the way Nissan Navara, Ford Ranger and Chevrolet Colorado.

On the L200 and his ring until clone of Fiat know that they will be positioned as a more expensive and luxurious than the current generation, shown in 2004 (European price tag of 24 600 euros for a double cab, four-wheel drive and a 2.5-liter 136-horsepower diesel engine). “Fiats” will be offered in Europe and South America, so expect a wide range of engines and configurations to the tastes of a wide variety of audiences. It will be interesting!