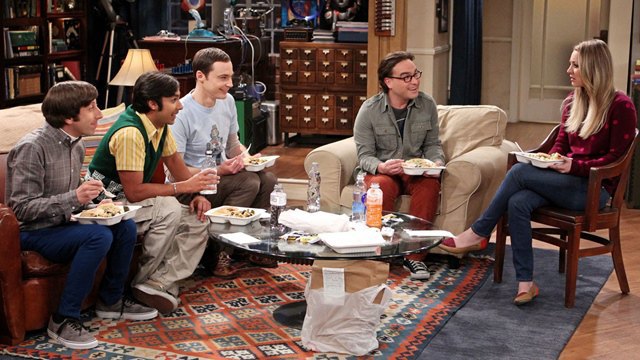 Production of the new season of The Big Bang Theory is stopped because of a dispute studio Warner Bros. TV sitcom with the leading actors on raising fees, reports The Hollywood Reporter .

Actors Johnny Galecki (Leonard Hofstadter), Jim Parsons (Sheldon Cooper) and Kaley Cuoco (Penny) asking the studio to raise their fee for the series with 325 thousand to one million dollars. Simon Helberg (Howard Wolowitz) and Kunal Nayyar (Rajesh Koothrappali) are also negotiating to increase the remuneration of their work on the set of the sitcom. While Melissa Roych (Bernadette Rostenkowski-Wolowitz) Mayim Bialik and (Amy Farah Fowler) have signed new contracts in the fall of 2013. According to their terms, the actors received a significant increase in fees. The first day of production of the new season of the series was scheduled to start on July 31. Nevertheless, Galecki, Parsons, Cuoco, Helberg, Nayyar no agreement with the studio, so refused to participate in the filming.

March 13, 2014 CBS television series extended for another three seasons. It is assumed that the sitcom will come out until 2017. The eighth season of the show will be aired on September 22, 2014. Weekly audience of the series is estimated at 20 million people. The Big Bang Theory is considered the most successful television comedy on American television at the moment. Series show since 2007.