First look at the Asus Zenfone 5

Do smartphone calm strict appearance, slightly rounded corners, which is typical for the devices Asus.

Interesting design element can be called the lower socket under the touch-sensitive buttons. It is made of plastic and nicely textured shimmers in the light.

Of optional features will highlight only good wired headphones with remote control.

Most of the front side of the smartphone takes a five-inch display, and above it are mesh earpiece, front camera eye, as well as ambient light sensors and proximity. 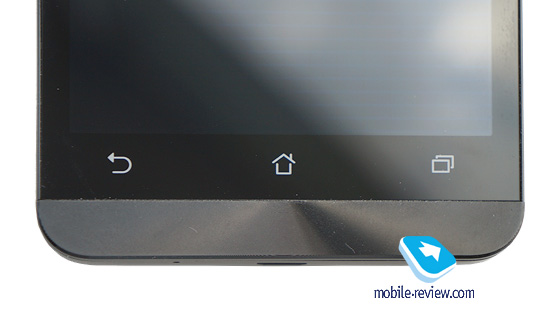 Under the screen you can see a row of three touch buttons: “Back”, “Home” and “Recent Applications”. Spacing between the keys is quite large, so you can sometimes miss the mark on the button (the expectation that she is closer to the adjacent).

The back cover and the side of the device are made of matte rubberized plastic. It is more resistant to pollution than plastic coated with soft-touch, but fingerprints on it also remain, but they are practically invisible.

Place for an external speaker also took on the back of the device. His batting average maximum volume and sound quality, to say the least, average. Use ZenFone 5 as a “music box” is unlikely to succeed.

At the upper end is located 3.5 mm jack for headphones, and at the bottom – microUSB for charging and connecting to a PC.

On the left side you can see the volume rocker and the power button. They are set in such a way to make you click on them with the right thumb. The material of these buttons is similar to the bottom panel of the smartphone, they are also different shades of shimmer in the light.

At the bottom of the left end has a groove, which is hooked, you can remove the back cover. By the way, the smartphone is surprisingly well built. Despite the removable lid, there is no backlash.

Under the hood is hidden slots for two SIM-card format microSIM, and a slot for memory cards.

In all the photos you can see a small speck of dust, unfortunately, it is a feature rubberized plastic, it is very quickly covered with such dust particles, and then remove them is very problematic.

Despite the five-inch diagonal size Zenfone 5 more than the units having the same screen size.

You can hold the camera in one hand, but typing with your thumb you will most likely not work. 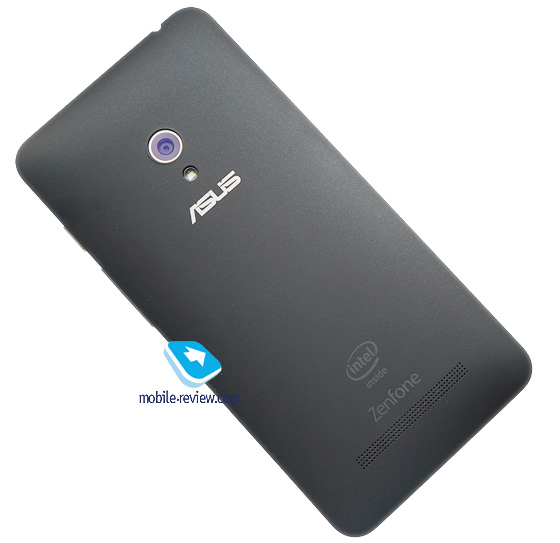 Display size – five inches, matrix type – S-IPS, resolution – 1280×720 pixels, the screen is covered with protective glass.Oleophobic coating, apparently, is not (or is very bad), the finger is not always good slides on display.

The screen itself is very high quality (for its price range), it is a natural color reproduction, good behavior in the sun. Great value for the minimum brightness (you can easily read in the dark without straining for the eyes). But the viewing angles are average, rejecting the picture fades (but the colors are not inverted, for it is necessary to say “thank you» IPS-matrix).

Traditionally, devices preinstalled Asus Asus Splendid, allows you to change the color scheme for themselves. 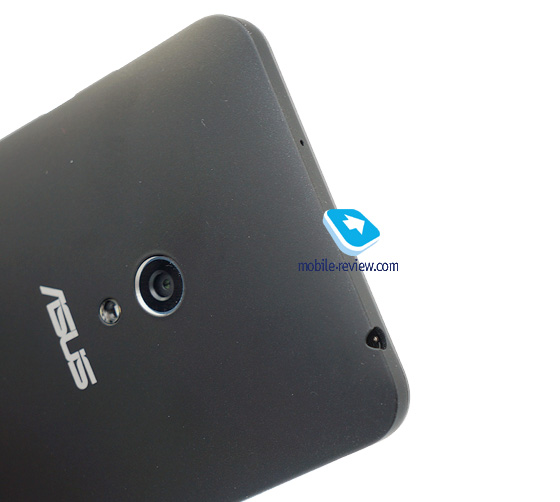 Another used in smartphones this company setting – read-only mode. When activated, it becomes a yellowish white color, and all the colors softened, this is done in order to reduce eye strain. Conveniently, you can choose the applications that read mode will work.

The smartphone runs on Android 4.3 operating system with a proprietary shell ZenUI from Asus. Manufacturer completely redid it, and now she’s a bit like a mixture of TouchWiz and CyanogenMod. And still remains the same convenient.

In ZenUI so many different innovations, so I plan to write about her own material, which will add a link to a full review. 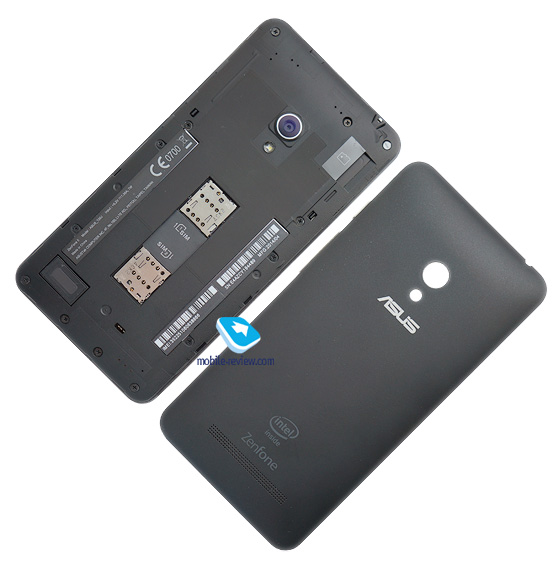 The device is installed chipset Intel Atom Z2560 with a dual-core processor, clocked at 1.6 GHz and video accelerator PowerVR SGX 544MP. Amount of RAM – 1 GB or 2 GB (in my sample of 1 GB, but as I understand it, in the sale will be a version with 2 GB, in a full review will clarify this point.) The capacity of the internal drive – 16 GB, there is a slot for a memory card, the card supports up to 64 GB volume.

With daily use to the machine no complaints. Quick work built launcher, browser and other applications. With games it’s not so good, the most popular can sometimes slow down. 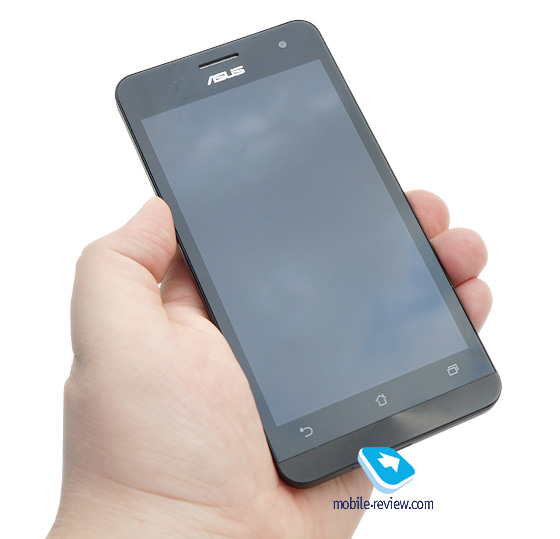 The suggested retail price for ZenFone 5, announced at CES 2014, was $ 150. We then could only hope that Asus will not be greedy in the Russian market. And our hopes were realized in Russia smartphone will be sold for 7,000 rubles. In my opinion, this is a great price for such characteristics of the major brands. Apparently, in the Asus decided “to fight” to various B-brands, and the Allies took no MediaTek, and Intel. Let me suggest that this is due to price discounts offered by Intel (but could be wrong).

Information on other models

Also became known for money in two other models of the line Zenfone. So, the younger Zenfone 4 will be sold for 4,000 rubles, and senior Zenfone 6 – 10 000 rubles. Later on all three models, we will prepare detailed reviews.