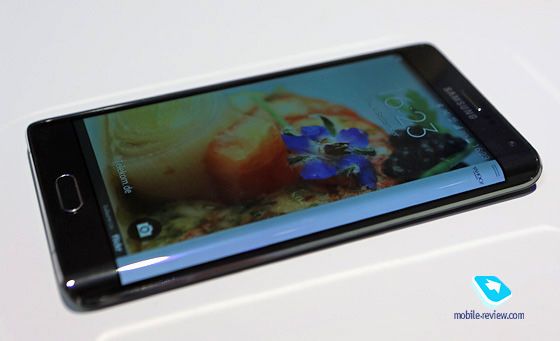 Long thought to write about this product – make the first look and then to prepare a review of normal or stay on the philosophical aspect of the device. In the end, decided that dry first glance does not give the full what was shown in the Samsung and a product, and most importantly, for whom created.

I’ll start with the well-known facts – it is actually a normal copy Note 4, which differs only in the screen, it is bent on the right side, has a resolution of QHD, and bent strip, which is part of the screen has a resolution of 2560h160 points. The main screen diagonal of 5.6 inches, resolution – 2560×1440 pixels. Without this strip, and the diagonal would be 5.7 inches, as in the original Note 4. 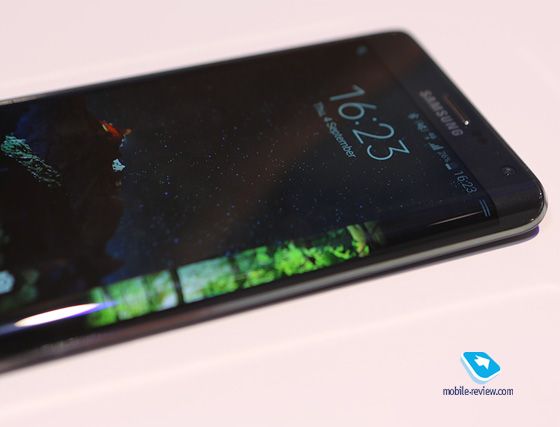 Filling in this unit does not differ from Note 4, all exactly the same. The uniqueness lies in the fact that the screen is a little bent. And if you turn the phone face down, you do not even squiggles this find. It is not noticeable, although the bevel and visible. Therefore, we can say that looking at a screen’s worth it when you put the phone on the table face up.

The second point that confused – because the screen is able to work only as a whole, we can not only run the side strip, everything is working at the same time. Yet to come up with all sorts of stripes news tickers, messages and things like that – they crawl across the screen, you can smack them, cause some programs, such as the recorder. A sort of mini-screen to quickly do something. Comfortable?Frankly, not much. Have to get used to such management, but still worth mentioning that most of the menu is much easier to do. 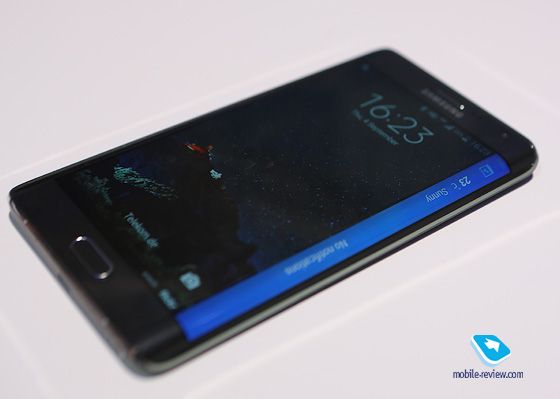 Why exhibit narrow wallpaper, cut off from normal pictures, I am still unclear. Menu item called Express Me, but he says nothing about the owner, rather claims is not about him, and tries to show that it is not bad. None of this, however, and does not argue the quality of the screen is great, but the curvature strongly artificially.

I comes to mind a product like LG G Flex – curved screen as a demonstration of the possibilities, they say, we can and that’s it. May be, there is no dispute.

And Samsung can bend screens. But the problem is that I never figured out why this is necessary. At the presentation said that will be open SDK and developers can create their own “strip” for this “screen”. But it would be, nobody knows. In theory, you can change the orientation of the screen from left to right and vice versa. In practice, to find the appropriate menu item is simply not possible. Rich control is no longer active, and make much sense to use this strip. 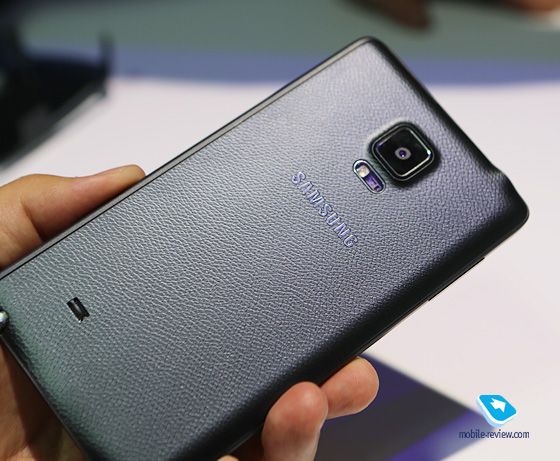 But of standard programs is one that can certainly be called a breakthrough – a ruler. The first thing that made journalists, so it made the phone follows a causal place.

At first I thought that you should not upload this picture, and then I realized that, on the contrary, it perfectly describes the inner essence of the product – a sort puzomerki: Look what I have large and expensive phone. The bottom line is transmitted accurately.

Since this experiment, the Samsung does not expect it to be very successful, and to limit the spread of the device a small number of markets. Russia in their number of misses. The cost of the device is discussed, but presumably it could be set at 40 000 (Note the difference with the 4 in Europe is 100 euros). And can set and much more, as the volume of production and miserable this exclusive accurately find the consumer. There is no reason to buy this device and not 4 Note, in terms of functionality, but in terms of image – and why not. A sort of version of Note 4 is not for everyone. Product from the category of experimental, those that are important to later years to say, “Do you remember, we were the first to make a phone with a curved horizontal screen.” And according to the nod, they say, remember. These are the impressions of the device. Would you like a puzomerki in your pocket?