Five smartphones from China , which you have not heard 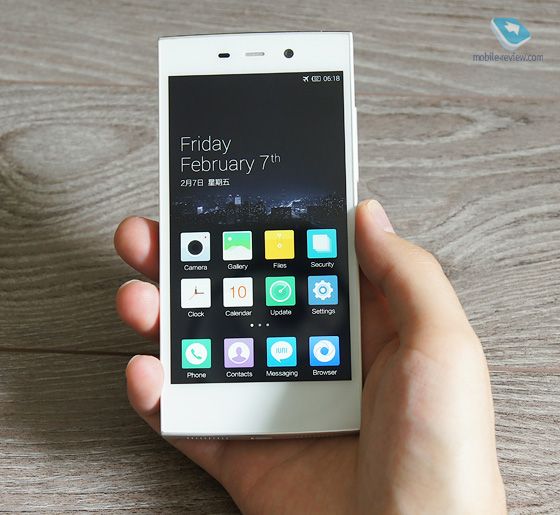 It’s no secret that most smartphones made in China, even some models of Korean companies Samsung and LG, Taiwan’s HTC, and all smartphones and tablets Apple. Many of you have probably also heard about the “age-old Chinese brands”, large – Lenovo, Huawei, ZTE and relatively small – Meizu and Xiaomi. However, the Chinese smart phones are not limited to the above-listed companies and hundreds of small low-quality models, there are a few interesting devices, which you may have not heard anything.

In this short article I want to briefly introduce you to the five Chinese smartphones, which you probably have not yet heard. All of them are made in China, with some developed (maybe), not Chinese companies, others are completely Chinese, inside and out. Combines these models one – each has its own zest or even a few features. Let’s go! 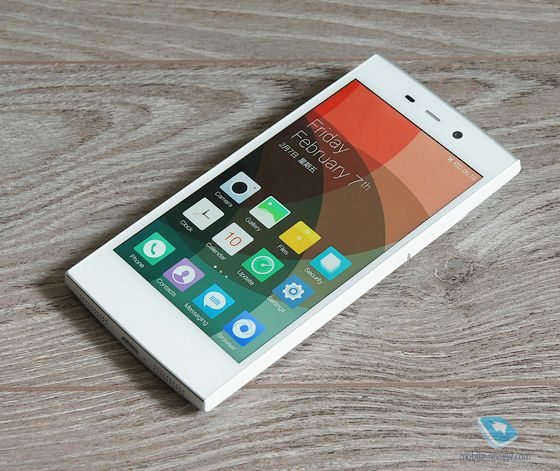 Smartphone from Chinese manufacturer Gionee, not known in Russia own devices, but perfectly familiar indirectly – Fly, Explay and many other companies use Gionee. Simply put, it bought smartphone manufacturer. The company made a separate brand IUNI (stands for I am Unique) to compete with Meizu, Oppo and Xiaomi, gradually occupying part of the internal market.

Main feature IUNI U2 – design and materials of the housing. It uses aluminum, molded housing, that is completely made of metal and available in colors including trendy now “mint”. Another feature IUNI U2 – almost top performance ratio with a screen diagonal of at least five inches. Today, it is a rarity. 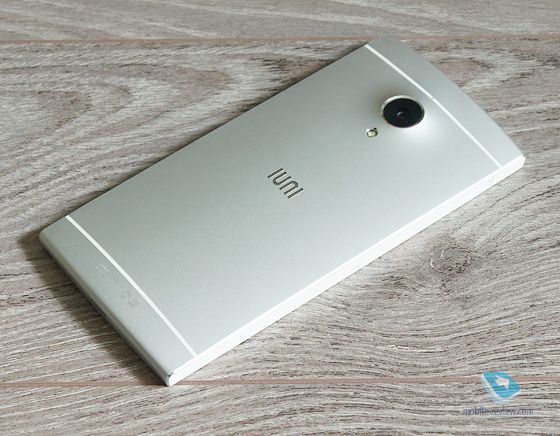 On the characteristics of the smartphone is on a very good level, this step is best champions last year and quality vehicles this year.

In the apparatus a very good main camera and wide-angle 4 MP front, with the increased size of the point (UltraPixel), smartphone comfortable in the hand, works fast, and the basic idea of ​​the shell – beautiful design, smooth animation and simplicity.

This smartphone Gionee company sells under its own brand. For the first time the unit has been demonstrated outside of China in Barcelona, ​​at the MWC 2014, and went on sale a few months later, again, only in China.The smartphone is not for sale anywhere except China, although probably soon appear as informal supply in Russia. We are already preparing a review of this device.Gionee S5.5 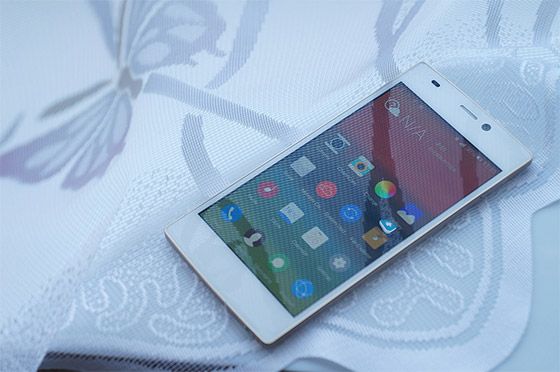 We have one smartphone pronounced forte and one serious drawback. The first – a cool, unusual design, coupled with the materials of the shell, it uses glass and metal – a great mix for a premium device. Do not expect to see such a body in the Chinese unit. At the same time managed to make Gionee S5.5 the world’s thinnest smartphone (thickness is incorporated in the model name – 5.5 mm), but also pack in quite a modern housing “iron”.

Second, the lack of the high cost. Even in China, the model is not cheap, but if she was being taken to Russia, the price tag becomes altogether frighteningly high – about 17 000 to 18 000 rubles. And if the price of 15 000-16 000 for IUNI U2 in Russia seems to be more or less justified; in the device characteristics are combined with the top right assembled and compact metal housing, which does not actually have on the market, the Gionee S5.5 screen with a diagonal of 5 ‘, and hence, the size of a smartphone is the same as many other devices. In this case, one of the chips, subtlety body will appreciate not all. It turns out that this smartphone should be considered as demonstration of Chinese manufacturers. Yes, they can already do on their own interest in design and materials of the enclosure, and, yes, it will be expensive. 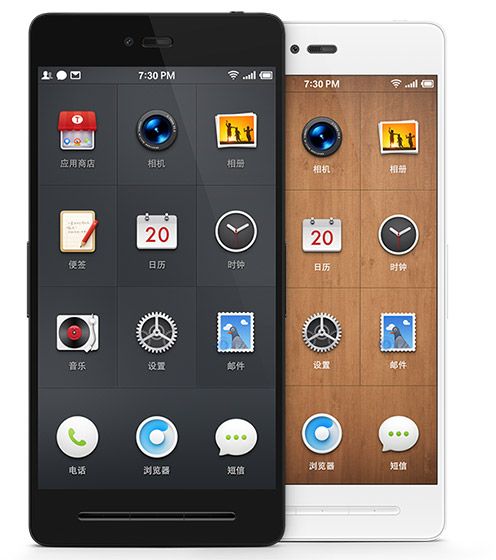 Mysterious and strange project from a Chinese businessman in his time Smartisan T1 actively advertised in China and rumors about the device even went beyond Asia. Eldar Murtazin said that is Smartisan T1 from a business perspective:

I’ll try to briefly describe the technical component. Smartphone on the Qualcomm Snapdragon platform 801, already accustomed to the devices of the Chinese-there is no slot for a memory card, but just a set of 2 GB RAM + 16 or 32 GB of flash memory. Draws attention Smartisan T1 primarily design and its shell, representing a mix of interfaces, Android and Windows Phone; tiled menu, but it entered icons, plus the total concise and sometimes a lot of free, empty space, which is typical for WP.

If we talk about the design of the smartphone, then it is made so as to best look spectacular on the renderers and processed images.Seriously, the machine where the front and back panels are made of glass, very dirty and in reality may look impressive and beautiful, but if it is constantly cleaned, especially if the device is black. Prints is not very noticeable when under glass some print material with pattern, texture, but here it is not.

Smartisan T1 problem is that when you create a unit, emphasis was placed precisely on a powerful display. Yes, it came to fruition, he looks impressive smartphone, it is packaged in a luxury box, and every detail is supplied and the device literally screaming about how everything is carefully and thoroughly thought through. But the price of the smartphone in China – about 3,000 yuan for a simple version (no LTE), which is about $ 500 or 18 000.

At the same time in China sold as “good” with similar characteristics and lower price that the head around, and one of the best examples – smartphone blizkoi to Smartisan T1 parameters and significantly cheaper – Xiaomi Mi3. 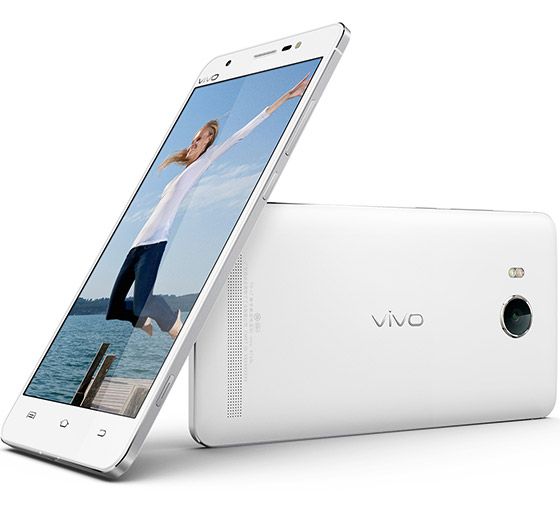 Many of our readers have probably heard about the Oppo brand of BBK. In China, BBK – one of the largest electronics manufacturers, and Oppo is known primarily for its players in North America, but not so long ago, this brand also began to produce smartphones, including the company for several years has been officially announced in Russia. While sold under the brand Oppo device outside of China, BBK also made smartphones and for the domestic market, but under a different brand – Vivo. And if two years ago, it was conventional division – the flagship brand under the Oppo and the middle segment – Vivo, now the situation has changed and under each brand has its flagship.

Moreover, recently began selling smartphone Vivo Xshot Ultimate, this “ultimatum”, but readers will forgive me for that word, the device based on Android. Take a look to start with the characteristics:

The smartphone is equipped with a great main camera with optical stabilization and a bright lens (aperture f / 1.8) and one of the best front, pressing “iron” as a whole. Practical apparatus (using a smooth matte plastic version in white) and moderately quiet design. In addition, diagonal 5.2 ‘now does not seem as big as just six months ago, before the advent of the flagships with 5.5’.

Have Vivo Xshot Ultimate only one drawback – the smartphone officially in Russia, not sold in China worth more than 3,500 yuan, that is, upon arrival to us, even if you order the machine on a Chinese website, with delivery and a small commission will be released about 22 000 rubles. Many of the smartphone from the company, which no one here knows any of the issued earlier smartphones, not even indirectly, on models of other companies.

Review of this device, I will try to prepare for September. 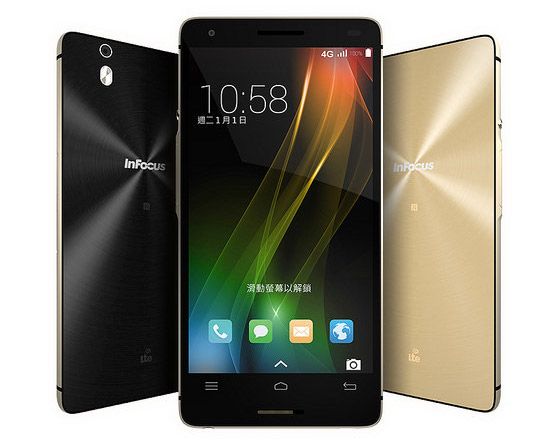 Smartphone from American-Taiwanese company InFocus with high performance and low cost, at least stated. The company, if we study the American site, specializes in projectors and telephony, but the Taiwan site mainly represented smartphones. Before the announcement about the M810 InFocus few said although this is not the first device of the brand. Model InFocus MN810 is made, according to preliminary data, in the Foxconn factory in China.

What is interesting about the machine? Like I said – value and prices, take a look:

Housing is relatively compact, if you can call such a smartphone with a screen 5.5 ‘, the frame of metal, two surfaces, front and back – of glass, under which there is a layer of plastic with a pattern. The smartphone is available in two colors – classic black and gold. And gold is used, as they say, “from the heart”, a model of this color is literally entirely gilded, in the best traditions of Asian connoisseurs gloss and high cost. In the model, the black frame of gilded metal, too.

The smartphone is already on sale in Taiwan at a price of $ 10,000 for the base tayvanckih set (there is set with an external battery for 12 600 TWD), in rubles cost model will be approximately 12,000.