Google offers to everyone who wants to travel in time 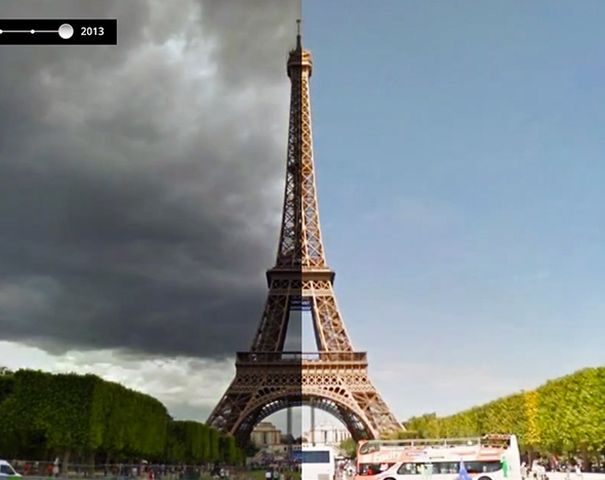 Internet giant has added to its popular service in real-time opportunity to compare how much has changed certain area over time.

Three years ago, a devastating earthquake measuring nine balls caused by their incredible power of the tsunami that struck the coast ruthlessly Japan. Thousands of people died, and a huge number of houses and other buildings were razed to the ground. Unlikely to ever be back the original appearance of the neighborhood – the consequences, unfortunately, irreversible. Immediately after the disaster, Google decided to keep photographs of service Google Street View, taken there before the tsunami. They have been replaced by updated, but still kept on the web. Remove them permanently would simply blasphemous.

And now the company has decided to add to its service photos of past years, almost all corners of the Earth. This means that the user has a real opportunity to compare how the place looked before and how it looks now. If the “time travel” is available for this area in the upper left corner of the screen hourglass icon next to it is a slider showing the date and year of photography. You just need to move the slider to the desired number, and the card “reconstructed” automatically.

Developers reported that dreamed about this feature huge numbers of people around the world, literally pulling the mailboxes of emails. Still, the world is changing very rapidly, and Google Street View are actually a kind of photo album, which depicted the same place at different times. If before promptly updated maps and old pictures became available, now look at what used to be an abandoned wasteland on the site where now stands a huge shopping center, it became much easier. And this is only the most simple analogy. 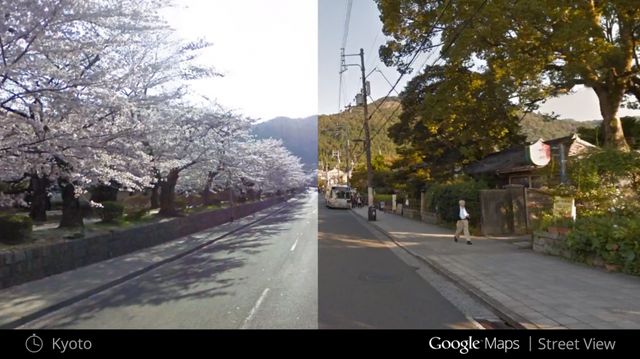 The most interesting is that the photos of the past can be qualitatively different from today’s. Service on all streets the sun always shines, all pictures are taken in good light and in good weather. Now for the first time in the history of Google Maps will also be used photo locations, shot in the rain or at night.

Sometimes it may seem that the company deceives users so different images on the same street then and now. It is certainly not the case: the coordinates are always the same. 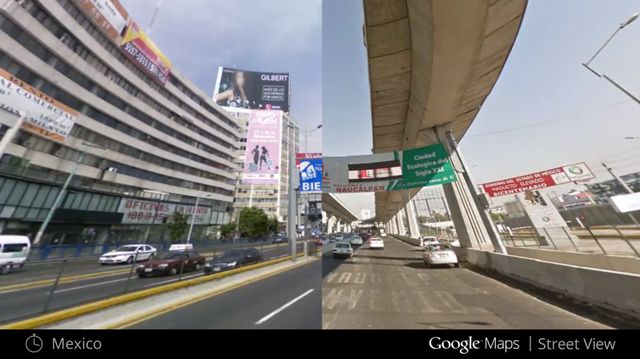 Unfortunately, Google is not going to show the interior of the buildings in the “Time Machine“, and add the service to mobile devices. Besides, it is not available in some countries. But this is unlikely to affect the popularity somehow Google Street View.