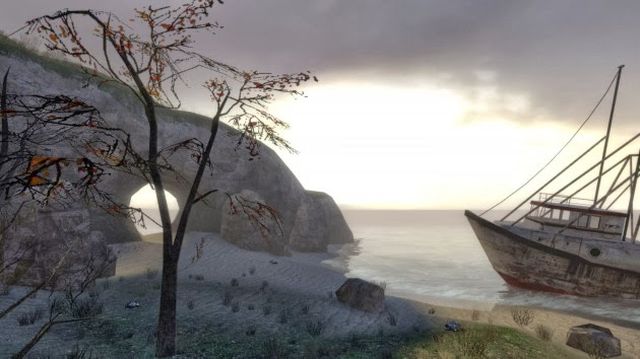 Picking on the dusty shelves of Steam online store in search of something vintage, for some reason, still not got in our reviews, I almost stumbled on an interesting mod for Half-Life 2: Episode One , called MINERVA: Metastasis.

Bearing in mind what a positive impression on me at the time mod Dear Esther, as well as being impressed by the set of positive ratings left by previous players, I decided to look at MINERVA: Metastasis closely. And, as it turned out, I was right.

Immediately it is worth mentioning that the author fashion Adam Foster finished work on it in 2007, but for some reason in addition Steam became available for free download until April 2013. Now you can get it for free, just do not forget to make sure that you have installed on your computer a licensed version of the aforementioned Half-Life 2: Episode One.

Now a few words about the story. We have to feel in the shoes of the former Alliance soldier tasked to uncover the mystery of a small island in the Baltic Sea, which is the only attraction abandoned since the Second World War forts. Of course, as soon as it becomes clear that the fort was not abandoned – it is simply teeming with soldiers of the Alliance, clearly plotting something very secret and dangerous. Find out what’s going on there, as well as opportunities to disrupt the operation of the enemy and we have to. Complexity of the mission, in addition to lack behind us, a mechanized infantry battalion and a material supply, lies in the absence of communication with the command. Rather, a connection still exists, but it is not clear with whom. The fact that our hero throughout the campaign from time to time receive text messages from a woman named Minerva. She totally unfamiliar concepts such as courtesy and respect. All that interests her – information that she hopes to get through us. The situation is complicated by the fact that Minerva communicates with us only in English, so I guess not all will appreciate its peculiar sense of humor, if you do not attend to the search amateur LEng find that on the Internet, however, will not be difficult. 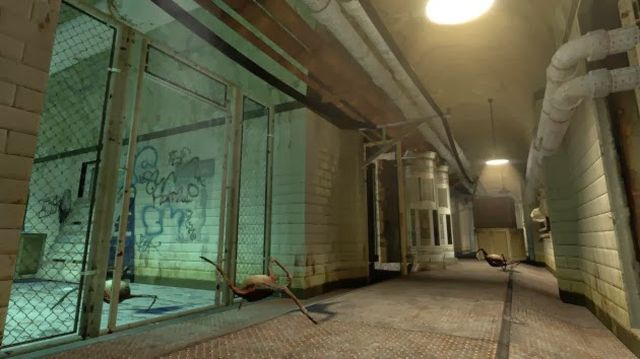 Given that we are talking about fashion, done by one person, rely on the fact that he spent the time to create new models and textures, is not necessary. At the same time the standard libraries Half-Life 2: Episode One is quite allowed him to demonstrate their creativity. I can only complain about the relatively high complexity of passing fashion. Calculated about three hours of gameplay, it is replete with so many highly survivable enemies that you will learn to save literally every minute from the start. But do not beat your head against the wall in despair after the next boot: level design in most cases is that after a series of trial and error, you’ll surely find a very effective way of passing the next chapter, which, by the way, four.

Individual compliment certainly deserves soundtrack fashion. It consists of only four very pleasant compositions which can be downloaded at: musicbyjt.com / album / minerva-metastasis-ost. The author does not mind getting them for a fee, the amount you are entitled to determine for yourself, but do not have anything against to send you a direct link to a free download, if you enter your e-mail.

In the end, with due perseverance you will definitely know why orbiter Alliance is pumped into the island such an abyss of energy can win the sympathy of the contradictory character, as Minerva, and may even be able to survive … However, I will not promise anything.

Concluding remarks I would like to dedicate to people who are not hoping for anything specific, spend hundreds and thousands of hours to create a non-profit mods. You guys are great! It may well be that, if you show enough perseverance, at the end of the path you will find a bonus similar to the one that eventually got the author and MINERVA: Metastasis Adam Foster. No, he has not earned “a million dollars per hour”, as the creators of Dear Esther. Much more prosaic. After the release of the fashion company Valve Foster took on the job. We wish him good luck, and try to fend for yourself in-the-one from that group headcrabs clearly have the intention to eat the contents of our cranium.