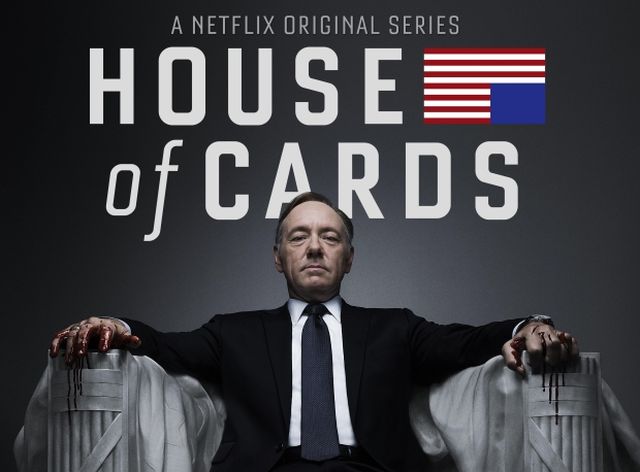 During the election campaign, the Democratic Representative Frank Underwood supports Garrett Walker, who became the 45th president of the United States. But when Walker is not the promise made before the election, to entrust the job of secretary of state to Underwood, the latter seeks a personal vendetta by pointing to the political leadership in Washington.

House of Cards is an important series for at least two reasons: It is the first series produced entirely by U.S. giant Netflix streaming (with all the consequences of the case); marks the strong return of Kevin Spacey in the group of players with something to say, winning with a try after years of colossal performance does not live up (to be good).

The first point is certainly the most interesting, Netflix, after deciding to produce for the first time a TV series, has managed to beat competition from HBO and AMC for the rights of this House of Cards remake of the British series of the 1990. Moreover, the American company has secured such that no other producer David Fincher (who also directed a couple of episodes) and starring an actor of the first band as Spacey, in his first major test in a TV series. In short, the bar was high from the outset. Regarding the second point, the test in question Oscar-winning actor is certainly the most successful of recent years, I challenge you to prove otherwise. 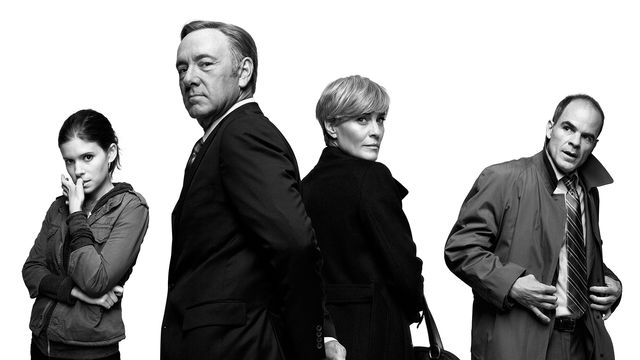 The series follows the exploits of Democratic Congressman Frank Underwood, who pursues his personal vendetta against the party and the president-elect, attempting a climb in the hierarchy as dangerous as compelling. Underwood is simply a shark who is not content to survive, but always tries to attack its prey, even if it is represented by its own party. To help in this endeavor, his wife Claire (Robin Wright a beautiful, androgynous and very cold), founder of a nonprofit organization that crushes his opponents with exactly the same ways that Frank makes its way into the rooms of the palace. This married couple is without a doubt one of the best that ever happened to me to see on the small screen; both characters are characterized in an exemplary manner. Frank Underwood is a manipulator, a computer capable of predicting the opponent’s moves, but often does transpire involuntarily anger and ambition that animate it. Different speech instead for Claire, who at first glance seems to be more human of her husband, but in the course of the series will always show a more ruthless coolness even higher than that of Spacey’s character. The rest of the cast is absolutely convincing. From a young and ambitious reporter Zoe Barnes ( Kate Mara ), who manages to make a career through a “give and take” with Underwood, Peter Russo ( Corey Stoll ), with serious political problems with drugs and alcohol, which is used by the protagonist to trigger quell ‘domino effect necessary for their success. Then there are numerous references within the series of Shakespeare, from “Richard III” to “Lady Macbeth”, showing an obvious theatrical structure that characterizes the entire product. The particular more interesting from this point of view is certainly look into the camera Frank Underwood, who in the course of each episode speaks directly to the audience, thus breaking the traditional “fourth wall” to comment on the situation in real time. This device is not new, but has been little used in the U.S. and seriality is perfectly successful, adding an important factor within the narrative; above, shall enable the viewer to have a privileged relationship with the protagonist and try a greater empathy with the latter.

A classical system then, but with clear references to the contemporary. House of Cards is not a simple series “political” events relating exclusively to governmental palace and dynamics, but a harsh report on the impact of politics in people’s lives and relationships ( professional and otherwise) that are established in this system. Second, is the portrait of a character who is in every way this system and that makes his own consciousness its most formidable weapon. The protagonist knows that the most important thing nowadays is knowing how to interpret the moods and changes of an increasingly dynamic and unstable and goes directly over the historical dualism between good and evil. Frank and Claire Underwood people are ruthless and tragic figures, however, reveal that, in their own field, a fascinating and bewitching brilliance, which is hard to resist and distantly reminiscent to a certain professor of chemistry another great series.

Worthy of note, finally, the fact that David Fincher has brought home a well-deserved Emmy for directing, confirming the positive impact of the series and further raising expectations for the second (and final?) season. then enters powerfully into play Netflix and has already earned a prominent place in the television landscape with stars and stripes, throwing a precise message to large networks.