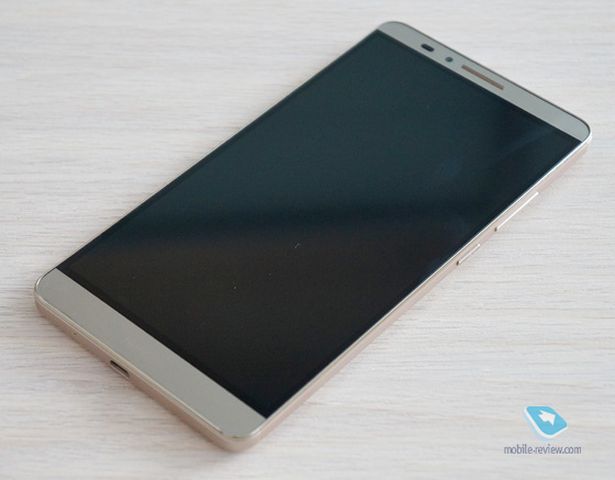 After a long break, Huawei released the successor of Huawei Ascend Mate 7, who had a fairly good value for money and a lot of other advantages.

In Huawei do not hesitate to borrow design, remember the same P7, which looked like at the same time on the Sony Xperia Z and Apple iPhone 4s. If we talk about Ascend Mate 7, its design is almost identical HTC One Max, from the back cover to the fingerprint scanner.

Located on the left side trays for SIM-card format microSIM card and microSD.

On the right are the volume rocker and power button. I liked that last slipped down for easy access. 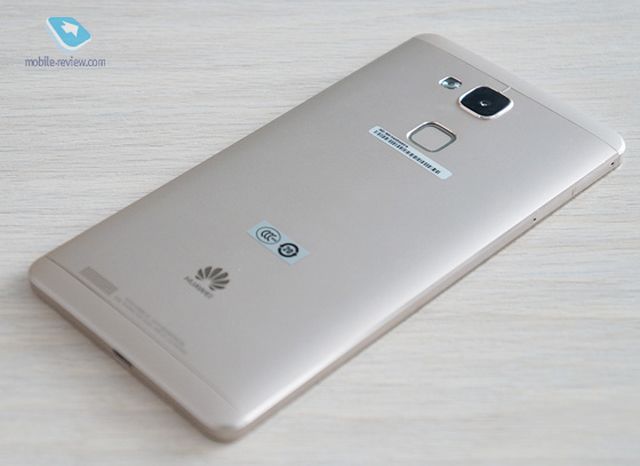 Below can be seen traditionally microUSB connector and main microphone hole, and on top – 3.5 mm jack for headphones.

Above the display is installed earpiece, 5 MP front camera and light sensors, proximity and LED indicator.

Located behind the main 13-megapixel camera, external speaker and a fingerprint sensor.

The smartphone will be available in three colors: silver, dark gray and gold.

Dimensions in Mate 7 impressive, however, as the screen size (6 inches). Hold one hand, this unit is not very convenient. But the thickness is quite small, only 8 mm, weighs about 185 grams device. We took a few photos Mate 7 with popular smartphones, so you can imagine about its size.

On first impressions, at 7 Mate very good display with maximum viewing angles and natural colors. Lack of air gap and thin frame (2.9 mm) have a positive impact on the quality of the picture, the picture comes up if the screen.

The device runs on Android 4.4.2 and an updated version of its own interface – Emotion UI 3.0. In the latest version EMUI company adheres to the rounded forms, it can be seen as the application icon, and when you open the Firmware. Can not fail to note that in many ways this design reminds us of iOS 7.

But judge for yourself from the screenshots below. By the way, Huawei has appeared on-screen adjustment buttons, now they can be interchanged (as in smart phones LG G2 / G3). 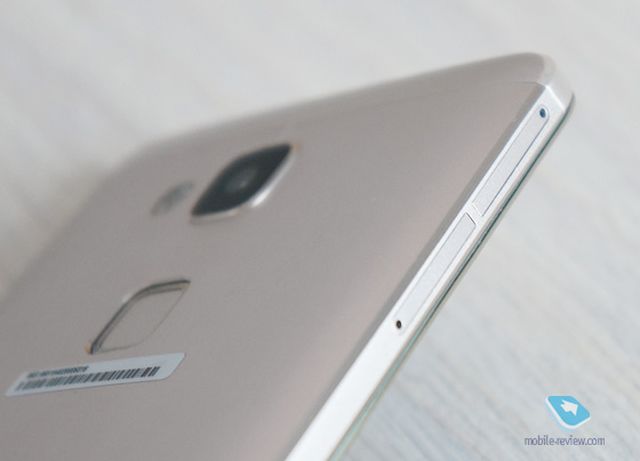 Frankly, we were surprised by the fact that in contrast to the Honor 6, in the flagship 7 Mate decided to install a 2 GB memory instead of 3 GB. Also, this phone has a coprocessor directly responsible for the processing of fingerprint scanner.

Manufacturer supplied Mate 7 separate sound chip TenSilica, which should significantly improve the quality of the sound system. We will try to pay more attention to the sound of Honor Mate 7 and 6 in the full review, but for now just keep in mind that smartphones have a separate sound chip.

At 7 Mate decent battery capacity, however, it was still the first dignity Mate, so we can expect that the unit will operate at least two days, taking into account the various power saving modes. In the full review, we will prepare a detailed battery test apparatus.

By the way, the smartphone has an interesting feature, it can act as an external battery for other devices.

As HTC One Max, the model is equipped with a fingerprint reader. In Huawei assured that your fingerprint data are stored securely in the smart phone and never sent. With a scanner, you can unlock the device, as well as to protect individual applications. We have been in the hands of the engineering model of the machine, so the information on the responsiveness of the scanner we leave for a full review. 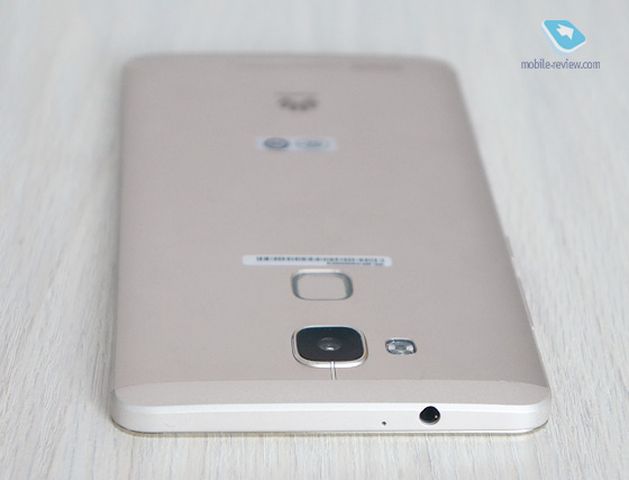 In Huawei are very proud of the support LTE cat6, in theory making it possible to transmit data at speeds up to 300 Mbit / s. As with the battery life and a fingerprint scanner to verify these data, we can only if we get a commercial sample for the test. 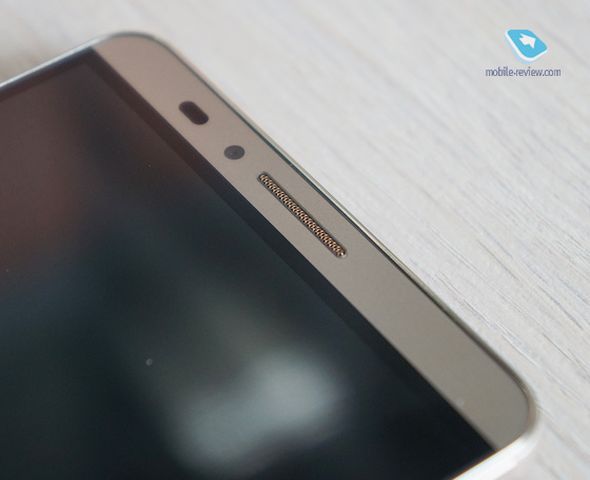 The recommended retail price of the device is 25 000-26 000. Home sales scheduled for the second half of October.

Frankly, I’m surprised at such a high price for this unit, because usually in Huawei give it a very affordable price tags. In 26 000 this device will compete with the Galaxy Note 4, Lenovo Vibe Z2 Pro and other strong players, and it is difficult to say, he will win or they lose. First impressions of the device are positive, but, in my opinion, since you put such a high price, then set the resolution of 2560×1600 pixels here and 3 GB of RAM, make a model of a truly flagship! 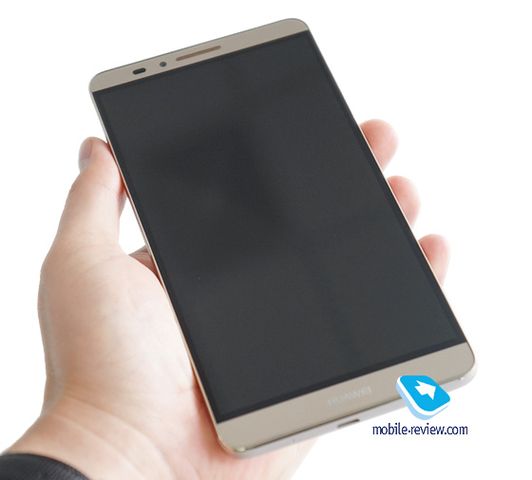 Smartphone Huawei Ascend Mate 7 with a six-inch diagonal screen made a positive impression, but compared to most modern devices of this class stands out slightly: now almost all devices are equipped with high-quality screen, a good camera and large batteries. I want something new and original, and we get “ayfonopererostki” copies gadgets HTC One line with a lot of unnecessary software, overloaded with functionality (I’m talking about a fingerprint sensor) and a flat user interface. The latter refers to vkusovschina.

After the announcement of Samsung Galaxy Note 4 price for Huawei Mate 7 may have a little lower, especially if the megaphone again satisfied “attraction of unprecedented generosity,” as he did with Note 3 this year, offering the Galaxy 14 000.