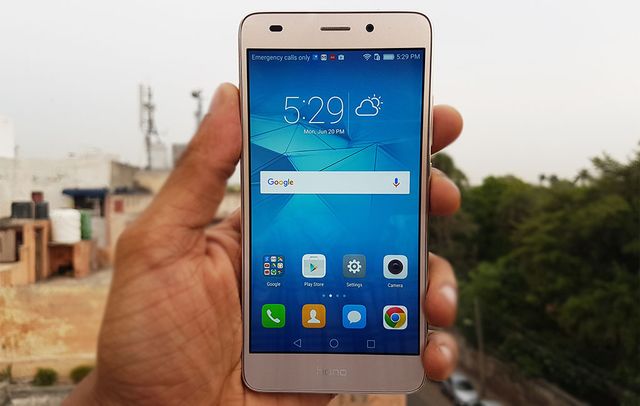 The smartphone went on sale in 2016. Huawei GT3 is a midrange device, both well made stuffing, and on the quality of performance. The price is also not small: for smartphone asked at least 211 dollars (actual at the time of writing). Now is the time that a similar budget, you can expect to buy a smartphone with a decent design, brisk performance, adequate camera and worthy performance as a whole. So let’s see whether the requirements of the modern subject prudent buyer.

By the way, the device names published an amusing story. At the start of the sales model it was only available for the Chinese market under the name of Honor Play 5C. Then arrived version focused on the European market.

For the production of the body manufacturer has applied the plastic (main frame), and the back part made of metal. The side edges of a stylized metal, front part of the same is covered with glass.

And again on the metal lid: it is very, very located to scratches. As for the colors of the body, there are some options: gray, silver and gold colors. 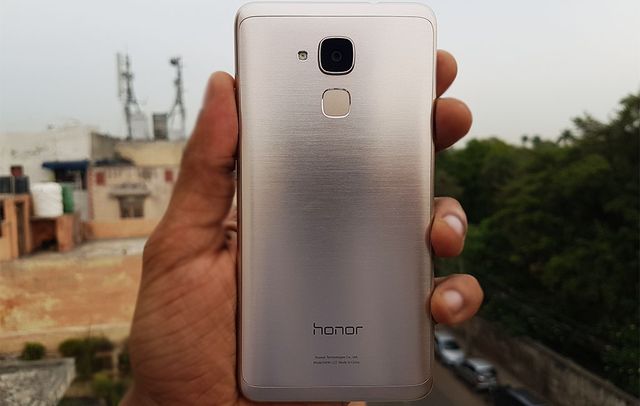 Out of interest the presence of the indicator light can be identified on the front panel informing you of missed events. Navigation buttons rendered on the screen.

The buttons for volume and power received classical location on the edge of the right. On the left edge is a combined stick tray and SIM. For the 3.5 mm connector allocated a place on the top edge, for the main speakers and MicroUSB connector – on the bottom.

Huawei GT3 was an 8-core processor HiSilicon Kirin 650. In this case, 4 cores running at a frequency of 2 GHz, while the remaining 4 are limited to a frequency of 1.7 GHz. As a built-in GPU uses Mali-830MP2. By its performance Kirin 650 is not inferior to competitors from the same segment of MediaTek and Qualcomm. However, it is formed by 16 nm process technology that is advantageous in terms of energy conservation and heat reduction.

When testing the iron productivity Antutu result exceeded the mark of 50 thousand. Points. Suffice user expects a solid result not only in synthetic tests, but in real-world scenarios using the machine. Trivial tasks are performed with the notable smoothness and speed. Iron and adequately cope with the games: the majority will go to the highest setting, “Tanchiki” and GTA: SA – in the middle. 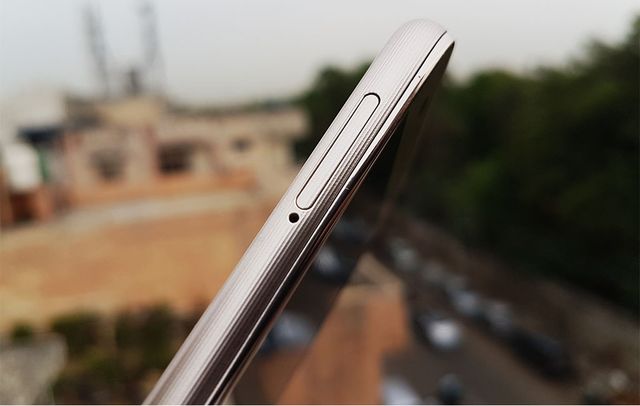 About the required minimum RAM, each user has their own ideas. As a rule, the amount of RAM is selected on the basis of the tasks that will be put in front of the smartphone. However, preference is often based on the basis of generally accepted standards and opinions. The Huawei GT3 installed 2 GB of RAM: enough for work and for play. productivity secret lies not only in the size and number of optimization taxis, and Apple is a long-proven.

But the memory to store applications and other – 16 GB, of which 10.8 GB is available. For your favorite application of this is enough. But, as the lack of productivity, and the screen is very good, for sure, the user wants to load the device with toys, movies. In this case, you can install the MicroSD memory card (up to 128GB), previously sacrificed a second slot for SIM. 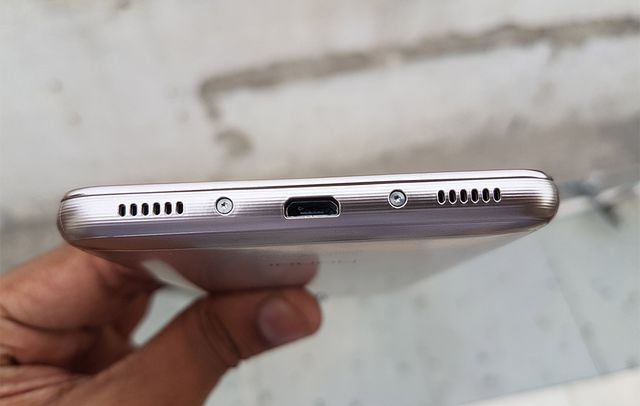 To operate away from an outlet using a non-removable battery capacity of 3000 mAh. For such a device – the battery is necessary, because the manufacturer had a solid work on the optimization of both the iron and software. As a result, the battery is operating at moderate stand quietly for 2 days. Either the day in active use. With memory 2A power level is compensated for 2.5 hours (or 4 hours power current 1A).

Huawei GT3 is equipped with a chic main camera is 13 megapixels, and the front of 8 MP. Both modules receive aperture F / 2.0, and the ability to shoot FullHD video (30 fps). camera application interface is very simple and convenient for fast shooting. But at the same time comprises setting the mass (in m. H. Hand) and capabilities. Among the available modes of special interest is “The Light”, which contains the optimum settings for shooting night scenery.

The user can set the ISO setting, shutter speed (up to 8), the white balance temperature, and manually set the focus. Some manual adjustments are available even in the video shooting mode. By the way, you can record and SlowMotion Timelapse videos. Use the main camera, you can do really high-quality images: with good detail, color reproduction, and with virtually no artifacts. And the video is written in excellent quality.

Happy to get a decent shot easy. For shooting in more difficult lighting conditions, you need to be able to use the correct manual settings. The final result is not comparable with the flagship devices, but it is quite acceptable. Frontalka has a 70-degree angle shooting, and lacks autofocus. The quality of the images – is quite acceptable, but only in good daylight.

In the smartphone installed IPS display diagonal of 5.2 inches, with a resolution of 1920 x 1080. The pixel density is very high: 424 ppi. The screen is good in all respects. He has excellent viewing angles, color reproduction and picture quality. Due to lack of sufficient brightness and air contents of the screen layer is visible in the bright daytime weather. A GFF and LTPS technology enables contrast remain virtually unchanged under all conditions.

The user can also choose the picture settings according to your taste in a special section. But nothing is not ideal: the glass is not oleophobic coating, so your finger will slide is not very easy, and scrub the remaining prints will not be easy.

As already mentioned, the Huawei GT3 combined installed slot that fits 2 SIM card, in case of failure on the installation of the stick. The device can work in 2G / 3G / 4G networks. Available wireless Bluetooth 4.1LE modules, and even NFS. But WiFi, unfortunately, works only in one band (2.4 GHz). For navigation responsible GPS, Glonass and Baidu: Huawei GT3 confidently cope with the navigator role. Suddenly: the smart phone does not support the connection of external devices via OTG.

In GT3, as in the Chinese version, there is a fingerprint scanner. The sensor is located on the back panel under the eye of the camera. It responds to touch quickly recognize prints correctly. It can be used not only to unlock the screen, but also to browse the images, as well as to quickly start / curtains hide the notification.

Multimedia speaker grille located on the bottom edge. It may seem that the smartphone 2 stereo speakers, but it is not. Additional holes are designed to comply with the symmetry of the design. There is a second microphone for noise reduction, is at the upper end. Multimedia and earpiece delight as the volume and sound quality.

The smartphone comes with Android 6.0 operating system on board. Traditionally, this manufacturer of devices, the system is installed on top of the shell EMUI 4.1. It completely changes the look of the interface and all standard applications, extends the possibilities of setting up the OS. All applications on the desktop, and a button to call the missing menu. Shell will appeal to those who are bored with the standard Android interface, and configure all the fans “for themselves.”

Pros and cons of Huawei GT3

To fit the smartphone

Anyone who wants to become the owner of a decent in all respects smartphone for a reasonable price.

In general: a good smartphone, but not perfect. He has flaws, but they can not be called critical. Also Huawei GT3 have strong competitors: comparable in quality, the price is lower, and even with 3 GB of RAM. However, not all of fans Meizu, therefore, discussed in this review, the apparatus may be a very good alternative to the many. Brand recognizable enough, the price is not prohibitive, normal filling – well, you know.

Where to buy Huawei GT3?