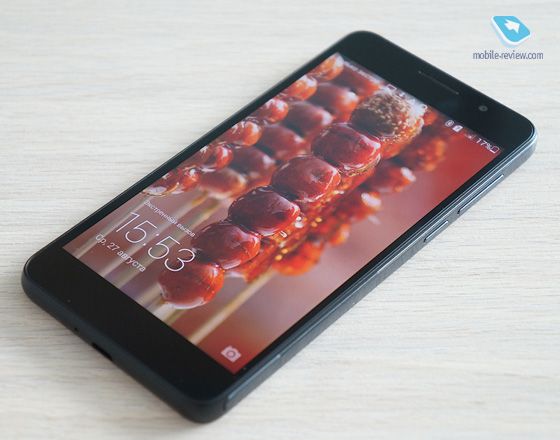 In May 2014, Huawei announced its new flagship fashion Huawei Ascend P7. The model has an interesting (albeit clearly borrowed) design, small size and good display. The whole picture darkened own processor, which could not cope with such a high resolution. And then, in September, the company presents its Honor 6, which is very similar to the P7, but built on the new processor. This, incidentally, is not the only difference.

Externally Honor 6 is very similar to Huawei Ascend P7 and, accordingly, those smartphones, whose design was taken as the basis of his (Sony Xperia Z and iPhone 4 / 4s). Elegant combination of aluminum and glass would definitely go for the benefit of the smartphone.

Most of the front side takes a five-inch display, over it the light sensor and proximity indicator light and front camera.

On the right side you can see the power button and volume control. A little lower – stub under which the hidden slots for SIM-card (format microSIM) and memory cards microSD.

Located below the connector microUSB, and on top – 3.5 mm headphone jack.

Conclusions about the assembly after half an hour early to do dating, but even our engineering sample was collected quite a good idea.

When you take your hand Honor 6 notes at the outset that the thickness in comparison with the Ascend P7 increased. Yes, it’s just a millimeter, but it felt very good in comparison.If P7 was very thin, the Honor 6 can be called “just fine” smartphone. 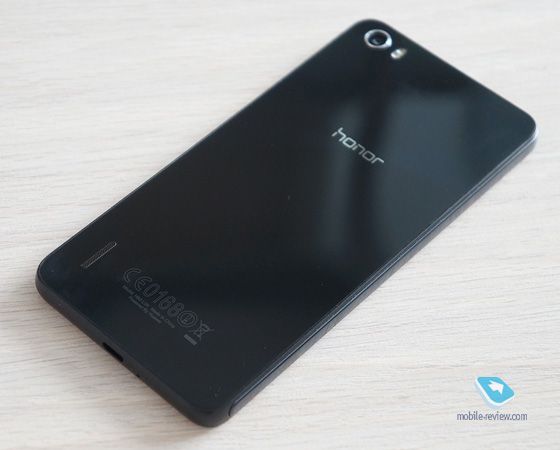 Despite the slightly increased thickness, Honor 6 can still be compact smartphone from the competition, although the big screen, of course, plays a role, so to control with one hand still problematic.

In our opinion, the Honor 6 great display with maximum viewing angles and very high quality picture, it’s almost (details of rum) is not inferior to modern screens flagships.

The screen has the ability to fine tune the color temperature. 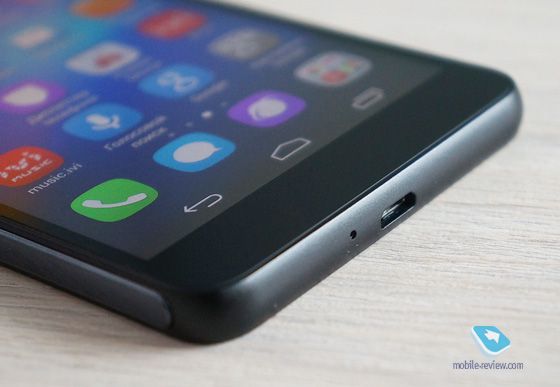 In comparison with the P7 screen Honor 6 was better increased level of maximum brightness, removed a layer of air, slightly improved processing keystrokes.

There are no significant changes. Android 4.4.2 and the good old Emotion UI 2.3. The company promises to update the device to the latest version of EMUI immediately after the announcement of the latter. Those who want to learn more about Emotion UI 2.3 can follow the link below.

The new “Kirin” got four additional cores and more powerful (in comparison with Kirin 910) video accelerator. This could not but affect the performance of the device, so mikropodtormazhivaniya for which I complained at P7, in this unit are not available.

And support USB-OTG we checked immediately in the office, it worked perfectly. 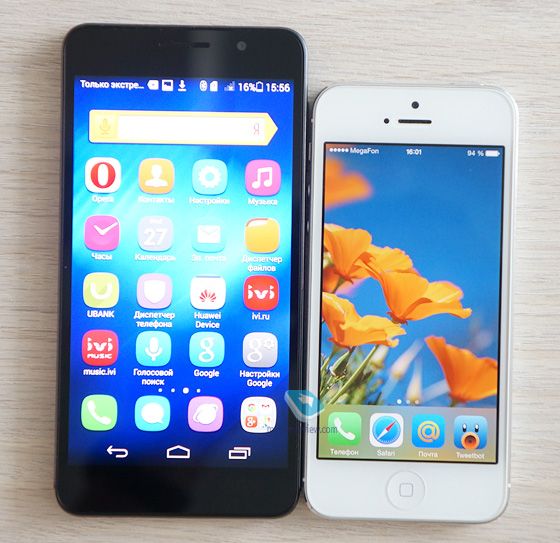 We will prepare a detailed test battery life, as soon as the smartphone will be in our hands for a full review right now, we note that in comparison with the P7 manufacturer has increased capacity by 20% (2600 mAh vs. 3100 mAh). All standard “chips» Emotion UI, increasing battery life, are also present in this phone. Among the new features of note function «ROG», reduce the resolution of the display for longer battery life.

In Huawei told that in Honor 6 adds support for a new technology that increases the speed of the mobile Internet in the range of LTE. Within a half-hour dating this technology not check out, so we’ll cover it in a full review. 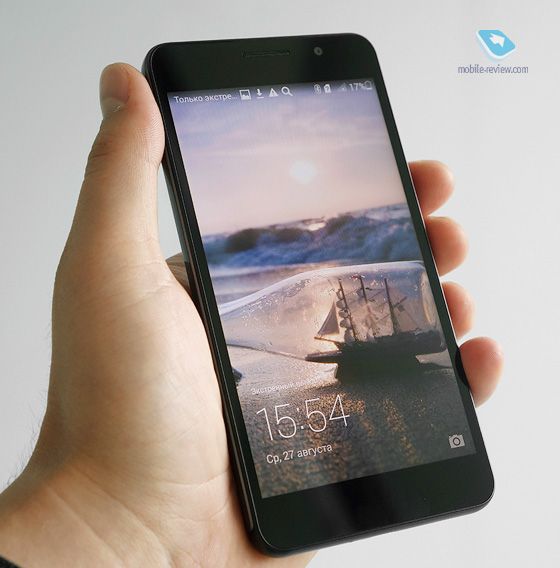 As always, it will depend on the value of that offer, Huawei retail. If our Chinese friends decide to ship the unit 15 000 – 16 000, it will be one of the best deals on the market. If there is more – the device will be a direct competitor to its same image product – Ascend P7.In any case, the cost should not exceed 18 000, since it is easy to find a more expensive flagship smartphones last year and this years.

Device Honor 6 causes only positive emotions: a great ergonomic design, slim body, the glass on both sides (those who paid attention to the Nexus 4, can now confidently take Huawei), capacious battery, high-quality matrix screen, stylish and uncluttered interface, high speed work, good camera (even if we judge by the staff, made on an engineering sample).

Any unpleasant moments until observed, however, that is not to praise Honor 6, it is better to wait for him to review.